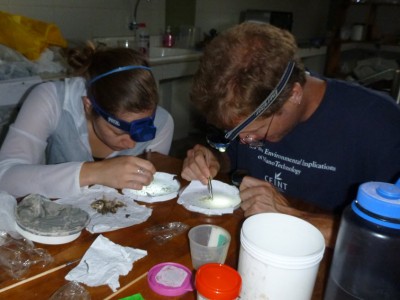 William Pan, assistant professor of global environmental health at DGHI, recently received a three-year $1 million grant from the National Aeronautics and Space Administration (NASA) to develop an early warning system (EWS) for malaria and other vector-borne diseases in the Amazon. His new model takes into account several environmental factors that will provide more detail about the exact location and timing of an outbreak.

Peru had very few cases of malaria prior to the 1990s but experienced an increase in cases from 1990 to 1995, prompting the Ministry of Health to keep a watchful eye on the disease. In 1997 and 1998, malaria cases skyrocketed in the northern Peruvian region of Loreto, eventually leading to Peru’s adoption of the Pan American Health Organization’s (PAHO) malaria surveillance program that is in use today.

This surveillance system aggregates data from local health centers where cases are diagnosed and analyzes the information to detect threats of disease outbreaks. However, once an outbreak is indicated, it’s hard to pinpoint where resources should be distributed geographically to halt the spread of the disease. Loreto’s Regional Ministry of Health works in an area about the size of California, Pan said, so it’s difficult to determine where to spray insecticide or distribute bed nets.

PAHO’s system worked well to reduce the presence of malaria until much of the Amazon flooded in 2012, provoking another outbreak of the disease. “Since 2012, malaria has been out of control and the current system is no longer working,” Pan said. “They haven’t been able to bring malaria rates back down like they did in the early 2000s.”

Pan thinks introducing variables associated with vector habitat and human presence would increase the effectiveness of the EWS to identify locations where rapid transmission is occurring.

Pan and his team seek to improve the current system by integrating variables such as temperature, rainfall, soil moisture, humidity and ground cover to predict more localized malaria outbreaks. The proposed warning system will use NASA climate data, satellite-derived land cover data, and reports from regional health centers to predict more precisely when and where vector-borne disease outbreaks are likely to occur.

Since the Amazon is so densely forested, it’s possible to track areas in which people are living by using satellite imagery to identify cleared areas. Using this information in conjunction with other environmental data makes it more likely to pinpoint where malaria outbreaks are occurring, where they’re likely to occur in the near future, and where people are living within a certain region.

Pan’s previous research on land use change, vector borne disease spread and migration in Latin America informs his work on this project. For this study, he’s working closely with post-doctoral students in Peru and Italy, the Peruvian Ministry of Health, the United States Naval Medical Research Unit-6 (NAMRU-6), collaborators in Ecuador, and faculty from Duke, Johns Hopkins and SUNY-Albany.

The project is one of few global health projects funded by NASA. Typically, NASA focuses its public health projects on air quality control, using its data to track factors like ozone concentration, pollution and airborne dust.

NASA partners with organizations all over the world to carry out global health research but focuses most of its resources on research in the United States. Pan said that working with NASA has been a unique experience for his team, as grant writing and other procedures differ from public health organizations they’ve worked with in the past. Another difference is that NASA contracts can be given only to United States entities, such as his collaborators at NAMRU-6 in Peru.

If proven successful in Pan’s study, the EWS has the potential to save lives and treatment dollars in the fight against malaria. And in addition to public health benefits, the system will monitor ground cover data that can be used to determine where illegal deforestation and population shifts are happening, data that could be useful to the Ministry of Environment to protect the Amazon Rainforest.

When asked about future scope of the project, Pan said, “If the system is successful in Peru, there will be a strong argument for PAHO to promote its adoption and use in other countries to help monitor malaria and other vector borne diseases." 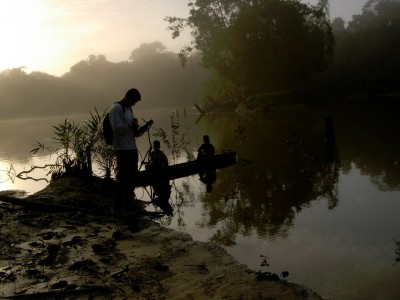 If the system is successful in Peru, there will be a strong argument for PAHO to promote its adoption and use in other countries to help monitor malaria and other vector borne diseases.