New research from Duke University challenges a long-held assumption that immigrants are generally healthy before they move to the United States but become less so while living here.

The research suggests that widely used data from National Institutes of Health surveys paint an incomplete picture of immigrant health because many of the questions on the surveys inquire specifically about health care interactions.

Those questions miss the many immigrants who, for a variety of reasons, do not seek health care at all, said Jen’nan Read, a Duke sociologist who is also a faculty member of the Duke Global Health Institute. Read authored the study along with doctoral candidate Megan Reynolds.

The result: While immigrants may not be visibly ill when they start their lives in the United States, they may have underlying, chronic maladies like high blood pressure that can go undetected for years because they simply don’t know they’re sick, Read said.  Over time, immigrants’ likelihood of interacting with the healthcare system increases as they become more comfortable with life in their new country and are then more likely to think seriously about their health, Read said.

Read and Reynolds draw their conclusions from a new analysis of the same NIH data, called the National Health Interview Surveys. The new Duke research will appear in the March issue of the Journal of Health and Social Behavior.

The findings suggest that that immigrants may live in the U.S. for years before ever seeing a doctor, whether due to a lack of insurance, language difficulties or other barriers. As a result, immigrants don’t receive ongoing care for illnesses that can be relatively easy to treat, but can eventually become a drain on the American health care system when a serious problem - like a heart attack or stroke - does arise.

“It’s a big hit,” Read said. “They don’t have a regular doctor to go to so they’ll end up in the emergency room.”

About 16 percent of U.S.-born men reported having no usual place to seek medical care, compared to nearly 24 percent of Middle-Eastern men and more than 46 percent of Mexican men surveyed.

While the lack of insurance matters, there are other factors at work, Read said. Immigrants are generally healthy when they arrive in the United States, and while women are likely to seek medical help for reproductive issues or child care, men are often more interested in finding work and providing for their families than worrying about their own health, Read said.

“The last thing an immigrant is thinking is ‘I should go to a doctor,’ ” Read said.

This research is featured on Duke Today. 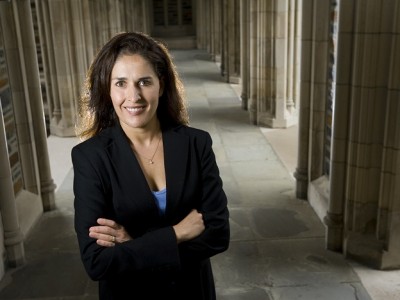 Read is associate professor of sociology and global health