For his distinguished contributions to neurosurgical medicine as a clinician and in higher education, Michael Haglund received the Pacific Lutheran University Distinguished Alumnus Award.

He is the only surgeon at Duke to be named a faculty member of the Duke Global Health Institute. He was also named the Program and Training Director for the Duke Neurosurgery Training Program in 2007. As the Program Director, he has led an increase to 21 neurosurgery residents in the training program and has received two Graduate Medical Education Innovation Grants, one on Leadership and the other on Physician-Patient Communications.

Since 2007, he has led nine teams of 20 to 55 medical professionals from Duke to Uganda, Kenya, and Rwanda to perform over 300 brain and spine surgeries for free and train the local neurosurgeons. He helped develop the Duke Global Health PLUS (Placement of Life-giving Usable Surplus) program that has delivered over 40 tons of medical equipment worth over six million dollars to Uganda. He is the Co-Director of the Uganda Neurosurgery Training Program and is helping train the first five neurosurgery residents in Uganda. His clinical expertise focuses on the cortical organization of language and mapping eloquent cortical regions during awake brain surgery for intractable epilepsy. 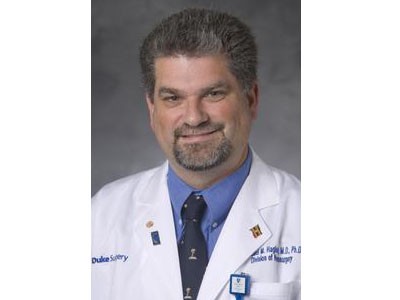