Researchers from the Duke Global Health Institute (DGHI) and their international collaborators have received a major award from the United Kingdom Department for International Development (DFID), Medical Research Council and The Wellcome Trust to study cost-effective ways to lower blood pressure in adults living in rural in South Asia.

Hypertension, or high blood pressure, is a major risk factor for heart attack, stroke and other vascular diseases that are often under-recognized in developing countries but are rapidly growing causes of death and disability. Lowering blood pressure is thought to be the single most important way to avert heart attacks and strokes.

The study will test low-cost strategies by health workers and doctors to lower blood pressure among adults and reduce their risk of heart disease and stroke in three countries—Bangladesh, Pakistan and Sri Lanka—where the burden of hypertension is growing rapidly. The trial, called “Control of Blood Pressure and Risk Attenuation – Bangladesh, Pakistan and Sri Lanka” (COBRA-BPS), is led by Jafar, with co-investigators based in the three countries. The study will enroll 2,500 people in 30 rural communities.

The researchers will compare these strategies to those provided in regular healthcare settings to determine if they lower blood pressure among people with hypertension and if they are cost-effective.

All three South Asian countries have recently made addressing non-communicable diseases such as heart disease a priority, and the study will inform policymakers on how to address rising rates of hypertension among their populations.

Non-communicable diseases account for nearly two thirds of global deaths (37 million annually and rising), with 80 percent of them occurring in low- and middle-income countries. This growing epidemic is particularly problematic in South Asia, where people tend to get heart disease at a younger age, causing a greater loss of productive years of life and serious economic consequences for the developing countries in the region. The World Health Organization says that the social and economic costs of non-communicable diseases make their prevention and control a major priority for the 21st century.

“High blood pressure is the leading risk factor for premature deaths globally,” said Jafar. “The findings from COBRA-BPS are likely to provide a roadmap for effective blood pressure-lowering strategies that are sustainable and can be integrated in the public healthcare systems in the three countries, and have the potential for saving millions of lives and reducing human suffering in South Asia and possibly beyond." 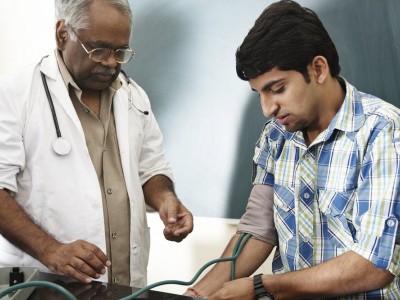 The findings from [this study] ... have the potential for saving millions of lives and reducing human suffering in South Asia and possibly beyond.