Even as he pursues research at Duke, Zadey is fueling efforts in his native India to improve health systems with better data. 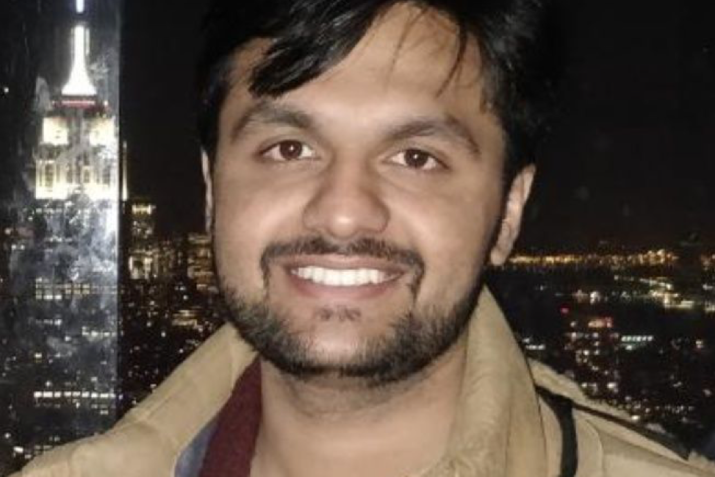 Siddhesh Zadey, who graduated from the Duke Master of Science in Global Health program in May 2021, hails from a small Indian city called Nagpur, the geographical center of the country. He came to the U.S. after studying at the Indian Institute of Science Education and Research, but he remains closely connected to India and efforts to improve its healthcare. Zadey has published several articles on Indian health systems and helped launch a nonprofit think tank and student-led advocacy group in India. He is currently focused on work in the areas of global surgery and global mental health.

Since graduating, Zadey has been working as a senior research aide with the Duke Department of Surgery, where he is aiding DGHI professors Catherine Staton, M.D., and João Vissoci, Ph.D., on a project to predict problems with alcohol use. He is also part of a team led by Tamara Fitzgerald, M.D., Ph.D., that is developing less-expensive surgical equipment for use in low-income countries.

You’ve done some research and policy work specifically related to COVID-19 recovery in India and their problems with having accurate data. How did you get involved with that and what is your role?

The year between the end of my undergraduate degree and beginning my studies at Duke, I spent time in India. It was an exciting time because I, along with a few friends, started a small, nonprofit think tank called the Association for Socially Applicable Research (ASAR). In higher-income countries like the United States, we are lucky to have access to data for all sorts of problems (health, economic, etc.) that we can use to gain good insights which lead us to make decisions, and pass legislation in Congress.

Unfortunately, a lot of low- and middle-income countries do not have those facilities yet, so they are not able to create that kind of data yet. Making sense of data requires a lot of training and experience and in India, for instance, we have some pretty good people when it comes to looking at the data, but for a country with like 1.3 billion people there’s just not enough. We believe there are a lot of Indian problems which can be solved by using the existing data, collecting high-quality new data, and communicating those insights to people so they can understand and support those ideas.

Is there any work ASAR has done recently that has been impactful or exciting?

Recently, a few pediatricians from the Indian Academy of Pediatrics approached us saying that one of the biggest problems they saw in their patients during the past one and a half years of the COVID-19 pandemic was the unfathomably increased use of laptops and cell phones. This can be detrimental to anyone, but even more so in the case of children. So they wanted to see if we could understand the effects in more detail through research.

We are now collaborating with a bunch of pediatricians to do a Pan-India sample of younger college students to understand how their screen time has increased in the past year, and if that's associated with their general mental wellbeing. Hopefully after that we can move on to speaking with younger children, that is our next step.

Along with this project, I am also the youngest member of the IAP Task Force for School Reopening 2021, where I focus on epidemiological indicators that could be used for safe school opening.

What are you doing now that you’ve graduated from DGHI? How are you staying connected to Duke?

This fall, I am serving as a project manager/team leader for a Bass Connections team here at Duke. We have a group of amazing and brilliant undergrads, and they are doing pretty challenging stuff. Our project is focused on figuring out how to predict someone’s risk for alcohol or substance use. Instead of going to people and asking them about their alcohol use using questionnaires or clinical scales, we will ask them to play these games we have created that will give us an idea about their risk for substance abuse.

For example, one of the games we are creating looks at impulsivity, so if someone scores abnormally high then we know that is something they need to tackle and something that could make them more at risk for alcohol or substance use. Another game looks at reward prediction, which is how well you are able to predict if something will be rewarding for you or not. We plan to test these in the United States first, but we also have collaborators in Tanzania, Brazil and India that we hope to involve in later stages of the project.

I was actually supposed to work on this research and travel to Tanzania for my thesis at DGHI, but due to the COVID-19 pandemic we had to shift gears. We were lucky enough to be able to apply for the Bass Connections grant this year to pick back up on this research, and it allowed us to expand it to more of a team effort which is really exciting.

To learn more about Zadey’s work, check out his recent article in The Lancet and his surgical care work presented at the DGHI Student Showcase. He most recently had an article published in the BMJ Opinion section about systemic violence in healthcare in India, and a piece on gender disparities in global mental health featured in Think Global Health. He encourages fellow Duke global health alumni to connect with him on Twitter or LinkedIn.