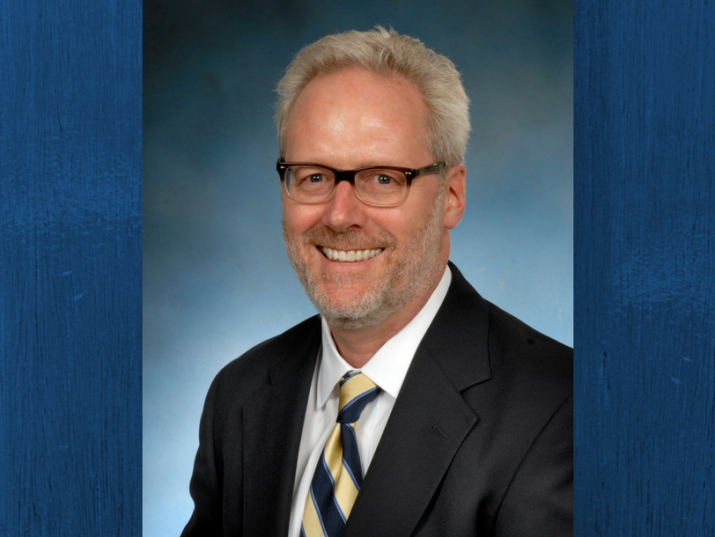 Plowe succeeds Michael Merson, who stepped down June 30 after leading the institute since it was launched in 2006.

“Chris Plowe is a star in the global health field,” said Sally Kornbluth, Duke’s provost and Jo Rae Wright University Professor. “He is a visionary scholar and researcher who has already created a world-class institute from the ground up. Chris’s experience in building and growing collaborations across campus, and with partners around the world, will help Duke and DGHI realize our ambitions for the future.”

Added Kornbluth: “I am grateful to Mary Story and the search committee for leading such a thorough and thoughtful process, to Randy Kramer for his leadership of DGHI through this transition and, of course, to Mike Merson for making Duke a leader in global health over the past decade.”

Plowe is also the Frank M. Calia MD Professor of Medicine at the University of Maryland’s School of Medicine, where he has been a member of the faculty since 1995. He leads a clinical translational malaria research program, with molecular parasitology and clinical vaccinology facilities in Baltimore and field sites in Mali, Malawi and Myanmar. His work includes genomic epidemiology, immunology, international research ethics, HIV-malaria interactions, and clinical trials of drugs and vaccines.

He has also had a long-time commitment to training scientists and building research capacity in tropical countries.

“Global health is one of Duke Health’s strategic priorities, and I’m excited about the opportunity to partner with Chris to connect with the world to improve health globally,” said A. Eugene Washington, chancellor for health affairs and president and CEO of the Duke University Health System. “He is an internationally renowned expert whose distinguished achievements in clinical fieldwork, research and education make him a perfect fit for Duke at this time of transformative change in health and health care.”

Plowe grew up in South Dakota, the son of an Episcopal priest.

“My dad had a burning ambition to do missionary work in Africa as a younger man, but a heart condition prevented him from doing so. Maybe the way my career has turned out has been partly about fulfilling a dream that he could not realize,” Plowe said in a 2015 interview.

Plowe earned his bachelor’s degree in philosophy from Cornell University and entered Cornell’s medical school in the early 1980s intending to focus on psychiatry or surgery. But a lecture about public health led him to work on malaria and typhoid fever in Indonesia. Then, while doing elective field research in Kenya, Plowe said he “got hooked on malaria” and the biology of the disease.

He received an MD from Cornell in 1986, completed internship and residency and served as chief resident in internal medicine at St. Luke’s Hospital/Columbia College of Physicians and Surgeons, and earned a master’s of public health in tropical medicine at Columbia University’s School of Public Health. He was a clinical and research fellow in the National Institutes of Health’s Laboratory of Malaria Research and a clinical infectious diseases fellow at Johns Hopkins University.

In the early 1990s, while working at the NIH, Plowe helped establish a field program in Mali with leading malaria researchers and developed blood-spot markers to detect malaria drug resistance. He later tested malaria vaccines there.

More recently, Plowe has devoted much of his research time to fieldwork in Myanmar. There, he helped identify a surveillance marker for resistance, and with his wife, University of Maryland malariologist Myaing Myaing Nyunt, became involved in the country's national malaria elimination program. That work was supported by grants from NIH and the Bill & Melinda Gates Foundation. Nyunt directs a multidisciplinary research and training program in Myanmar, and will join Plowe at Duke.

“The School of Medicine is thrilled with the recruitment of Chris to lead the DGHI and Myaing as a faculty member in the Division of Infectious Diseases in the Department of Medicine,” said Mary E. Klotman, dean of the Duke University School of Medicine and vice chancellor for health affairs. “Chris’s career-long commitment to public health and his own work in malaria will bring an exciting new chapter to the DGHI and build on what Mike Merson has so brilliantly led for the last 11 years.”

Mary Story, professor of community and family medicine and global health, chaired the faculty search committee that recommended Plowe for the DGHI directorship.

“The search committee was highly impressed with Chris Plowe’s accomplishments and his commitment to advancing DGHI’s strong and unique focus on education, research and engagement,” said Story, who is also associate director for academic programs at DGHI.  “He is the ideal person to take DGHI to the next level of greatness.”

Since its founding in 2006, DGHI became a well-established, interdisciplinary institute that drew faculty from medicine and nursing, anthropology, psychology, public policy, engineering, environmental sciences and other fields to conduct research on real-world problems and implement solutions both locally and around the world.

“The incredible people, the culture of interdisciplinary collaboration and the resources dedicated to global health at DGHI and across Duke University make this a dream job for someone who wants to have an impact on global public health,” said Plowe, who will also be a member of the School of Medicine’s infectious diseases faculty.

Plowe’s honors include ASTMH’s Bailey K. Ashford Medal for Distinguished Work in Tropical Medicine, election to the American Society for Clinical Investigation, a Doris Duke Distinguished Clinical Scientist Award, appointment as a Howard Hughes Medical Institute Investigator in Patient-Oriented Research, and the American College of Physicians Award for Outstanding Work in Science as Related to Medicine. He has advised the World Health Organization, the Bill & Melinda Gates Foundation and the Institute of Medicine, and he has published more than 160 papers.