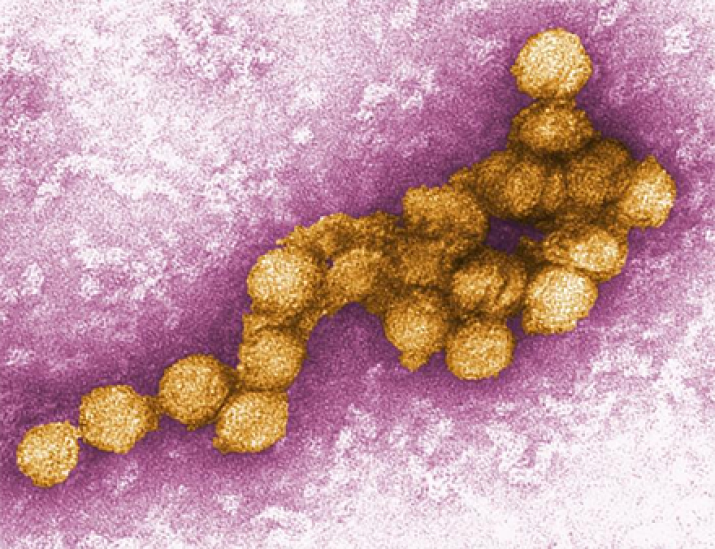 The National Institute of Allergy and Infectious Diseases (NIAID) has funded a Phase 1 clinical trial of a new investigational vaccine designed to protect against West Nile Virus (WNV). Christopher Woods, professor of medicine and global health, will be leading the trial.

The experimental vaccine was discovered and developed with NIAID funding by scientists at the Oregon National Primate Research Center at Oregon Health & Science University (OHSU) in Portland. The new vaccine is being tested at Duke, one of NIAID’s Vaccine and Treatment Evaluation Units (VTEUs).

“This is an exciting step toward a strategy to prevent what is now the most common mosquito-borne infection in the United States,” said Woods.

Most people with WNV disease recover completely, but the elderly and other immunocompromised individuals are at higher risk for long-term side effects or death resulting from infection. Although an effective veterinary vaccine against WNV is available, no human vaccine has been approved for commercial use.

New Vaccine Has Been Effective in Mice

The virus used to make the vaccine is inactivated and cannot cause WNV infection. Because it is inactivated, the experimental vaccine likely could be used in a diverse population, including immunologically vulnerable groups, such as the elderly.

In preclinical studies, the test vaccine was effective at protecting mice against a lethal dose of West Nile Virus. In mice, the vaccine elicited neutralizing antibody responses and CD8+ T cells, which bind to and kill infected cells.

Trial Will Test Safety and Effectiveness in Humans

The clinical trial will test the safety of the vaccine as well as its ability to produce an immune response. The trial will enroll 50 healthy men and women, ages 18 to 50 years. The volunteers will be randomly assigned to receive a low dose of the vaccine, a higher dose or a placebo. Study participants will be followed for 14 months.

This article was adapted with permission from an NIAID news release.