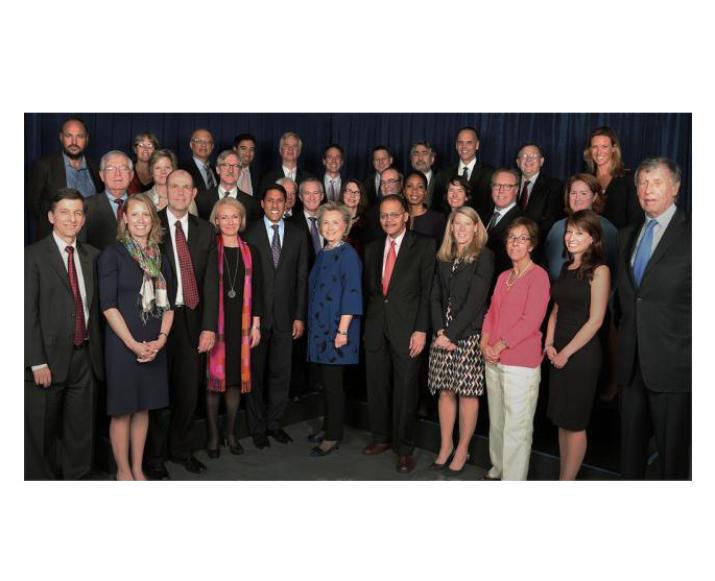 Duke University is a partner in the newly established USAID-led initaitive to end extreme poverty by 2030. USAID Administrator Rajiv Shah announced the launch of the U.S. Global Development Lab at a New York City event on Thursday, which was attended by Duke Global Health Institute Director Michael Merson.

Former Secretary of State Hillary Rodham Clinton, a  strong supporter of the use of science, innovation, and partnerships to further U.S. development goals, delivered the keynote address.

The Lab and its 32 inaugural Cornerstone Partners will advance a science-and technology-based approach to development, creating a new global marketplace of innovations and taking them to scale to help end extreme poverty by 2030. The Lab will support breakthrough solutions in water, health, food security and nutrition, energy, education, and climate change, reaching 200 million people in the next five years. To advance this approach, USAID is also increasing the number of scientists and technology experts in the Agency, including 65 fellows from the American Association for the Advancement of Science.Reflecting the proven impact of science and innovation, USAID has increased its investments. In 2008, USAID spent roughly $127 million to support research and development. Today, the Agency spends $611 million – not only on research, but innovation and applied solutions in science and technology.

A U.S. Global Development Lab was a key recommendation made in the first Quadrennial Diplomacy and Development Review, a sweeping evaluation led by then-Secretary Clinton to redefine diplomacy and development to deliver results for the American people. Secretary of State John Kerry has continued to underscore the importance of science, technology, and innovation as cornerstones of the American economy and invaluable tools for engaging our foreign partners.

“To solve our most intractable development challenges, USAID has established a new way of working, bringing on board the best and brightest staff and new partners, all working in concert to help end extreme poverty,” said Shah. “The Lab will engage a global community of inventors, academics, researchers, entrepreneurs, investors, and corporate leaders in science and technology to invent, test, and scale the most promising and cost effective solutions to end extreme poverty.”

Administrator Shah also announced a new USAID Research and Innovation Fellowships program, which, this year, will send more than 60 accomplished, young U.S. leaders in science, technology and innovation to apply their technical expertise to work on development challenges at universities, research institutions, NGOs, and private sector companies in 12 developing countries.