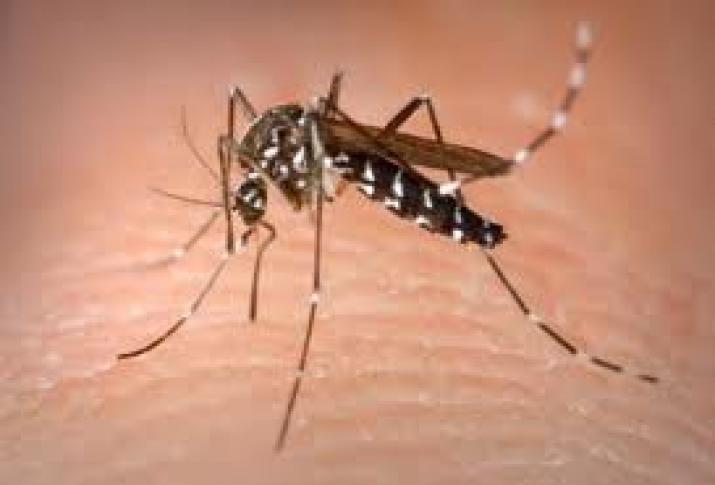 This article was originally published on the DukeToday website.

A pair of researchers have answered a puzzle about why efforts to lower the transmission of dengue virus in Thailand have not resulted in decreases in the severe, life-threatening, form of the infection. In fact, it seems to have had just the opposite effect.

Katia Koelle, an assistant professor in biology at Duke University, and Yoshiro Nagao, a graduate student at Osaka University Graduate School of Medicine, examined dengue infection data from Thailand going back to 1981, and constructed a set of epidemiological models in an attempt to explain this strange pattern.

Normally, an infection of the mosquito-borne virus produces a few days of non-fatal fever. But in some cases, it results in dengue hemorrhagic fever (DHF), in which capillary bleeding kills about 10% of patients.

Koelle and Nagao wanted to understand why, when transmission rates had apparently dropped due to extensive mosquito control efforts, cases of dengue hemorrhagic fever actually increased, with the largest recorded DHF outbreak occurring in 2001.

The answer, which appears online the week of Feb. 4 in the Proceedings of the National Academy of Sciences, lies in the way the body builds immunity to the four strains of dengue, which is the world’s most common mosquito-borne viral disease.

It was known that victims could not get reinfected with a dengue strain they had already experienced. They also were less likely to be ill again with another strain for about a year after a first dengue infection. This “cross-immunity” between strains wanes with time however, as immune system antibodies decrease in number.

In fact, after cross-immunity has faded, another strain of the virus is able to use the remaining low level of antibodies it finds to gain entry into cells, making the infection more severe and resulting more often in DHF.

What Nagao and Koelle zeroed in on with their models was the question of what happens during that year of cross-immunity. One model said the challenges of new strains of virus during that year are defeated by antibodies from the first strain, without creating immunity to the newer strains.

But this model fails to explain the increase in DHF with lower transmission rates. The model that did explain this counterintuitive pattern is one in which patients “sero-convert,” or develop new antibodies to additional strains, if they are bitten during the cross-immunity period.

Koelle said that when transmission rates are higher, a person stands a better chance of being bitten by more than one strain during this period of cross-immunity. This results in seroconversion and broader immunity, making a person less likely to get a severe dengue infection after they are no longer protected by cross-immunity.

But when transmission rates fall, as they did in Thailand, fewer people are able to build a library of antibodies during that year of cross-immunity, leaving them susceptible to subsequent strains down the road.

In spite of this, Koelle said Thai officials need to keep up the heat on the disease-carriers to “get over the hump” on the epidemiological curve. If transmission were lowered still further, the chances of second and third infections leading to DHF would be dramatically reduced, she said.

“We’re definitely at the point where we’d really like to see decreases in the infection rate that are substantial enough to reduce the overall number of dengue hemorrhagic fever cases,” she said.

She notes that tough mosquito control is still the best course of action, because a reliable vaccine of all four strains of dengue is not yet available.