The Hormone Leptin Found to Predict Death in Malnourished Children 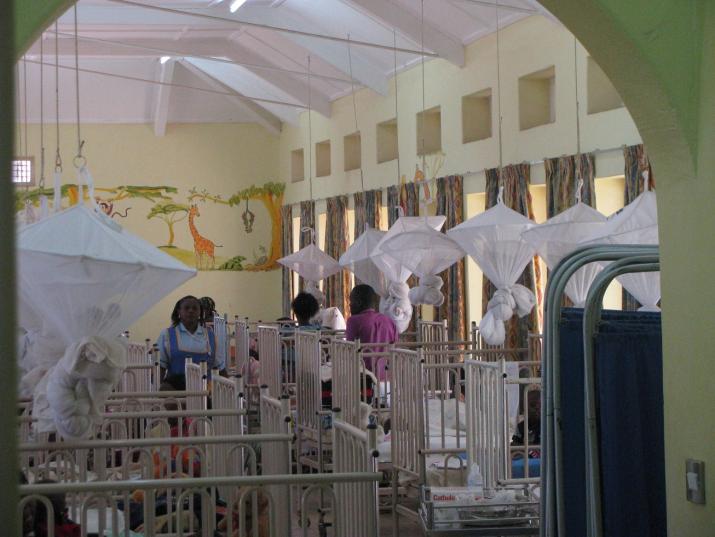 Low levels of a hormone called leptin could be a key to identifying and treating severe malnutrition in infants and children before it becomes life-threatening. In a novel study of malnourished children in Uganda, Duke researchers found that higher leptin levels led to better health outcomes.

The study involved nearly 80 severely malnourished children ages six months to five years old who were admitted to Mulago Hospital in Kampala, Uganda. Patients were treated in the hospital with milk-based formulas. Some of the children were also monitored while receiving ready-to-use therapeutic food in an outpatient clinic.

As a result of treatment, many of the children experienced positive health outcomes, including increases in weight and notable improvements in levels of fatty acids, amino acids and various growth-promoting factors including insulin and leptin. However, 12 percent of the patients died while in the hospital, and the major factor that predicted death was a low level of leptin.

Leptin plays a key role in regulating energy intake and expenditure, appetite and hunger, metabolism and behavior. It acts on the brain to regulate food intake and body weight, and plays a central role in the immune system. A low leptin level compromises the ability to fight off infections such as measles, malaria and HIV.

“The identification of low leptin as a predictor may allow us to recognize and treat high-risk malnourished children before they reach the stage of critical, life-threatening illness,” said Freemark, professor of pediatrics and an affiliate of the Duke Global Health Institute.

Freemark’s team also found that severely malnourished children infected with HIV increased their mortality risk. He is working with other researchers at Duke to better understand the role of leptin in malnourished children and adults. The work integrates the fields of immunology, endocrinology, metabolism, and infectious disease.

Of the 8 million childhood deaths worldwide each year, more than 3 million are caused by malnutrition.

“While the use of ready-to-use therapeutic food has improved patient outcomes, mortality rates remain staggeringly high in malnourished infants and toddlers,” said Freemark.  “There is a critical need to understand the pathogenesis of childhood malnutrition and to characterize biomarkers that predict complications prior to and during treatment.”

He says future studies could explore the use of leptin as part of a nutritional therapy in malnourished children or adults, particularly if leptin is found to have a critical role in the defense against, or response to, severe infection.

The study was supported by the Mulago Hospital Nutrition Unit, the Duke Global Health Institute, the Genentech Foundation and PepsiCo Corporation.