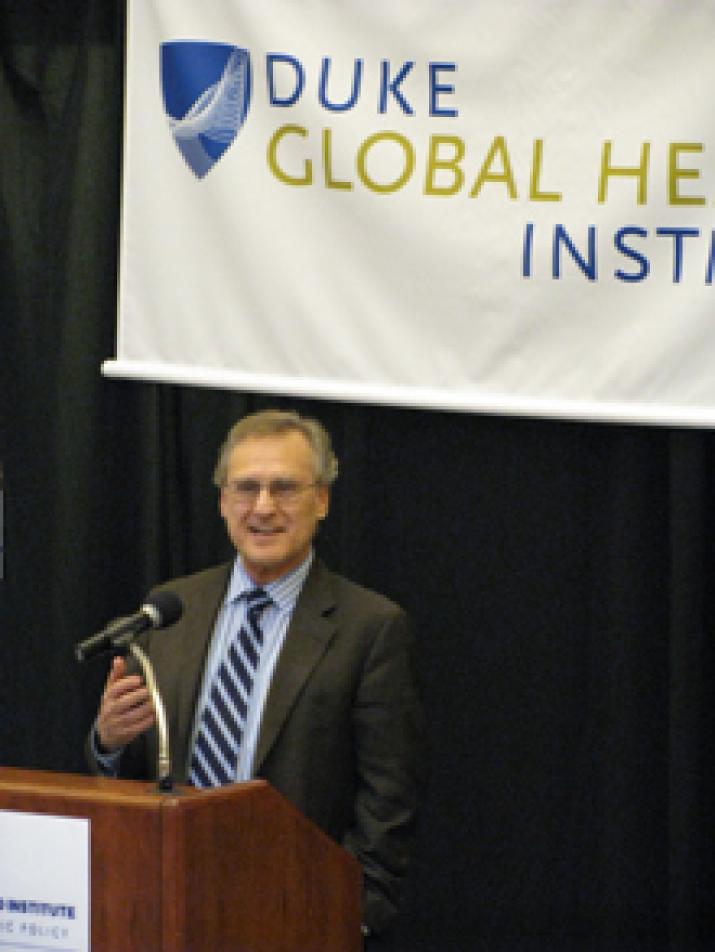 Stephen Lewis, founder of AIDS-Free World, has no hesitation in declaring his stance on the importance of gender equality. “I believe with every fiber in my body that the single most important battle we face is for gender equality,” he said to a full house at the Terry Sanford Institute of Public Policy.

View highlights of Lewis’s speech, or read the Duke Chronicle coverage of the event.

Citing grim statistics to support his case, Lewis explained how women are disproportionately vulnerable to the HIV/AIDS virus in Africa because they lack sexual autonomy, and because of the rise in sexual violence. “Rape is no longer a weapon of war,” he explained. “It is a strategy of war.”