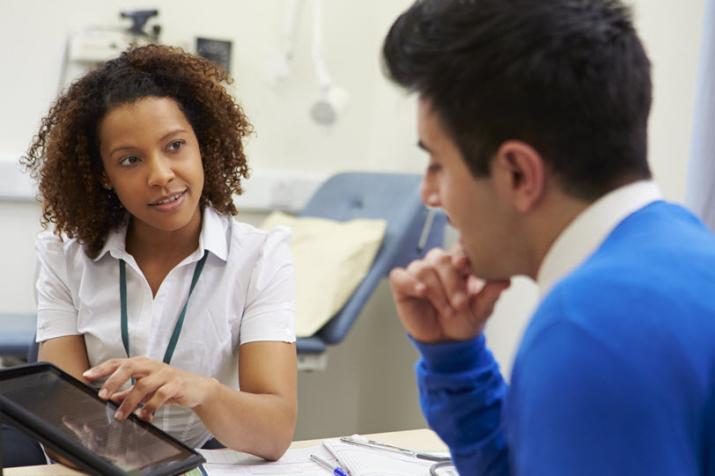 Many Hispanic immigrants are hesitant to use health care services, particularly for sensitive conditions such as HIV, alcohol and drug use disorders and intimate partner violence, for fear that doing so may affect their immigration status.

Researchers from the Duke Global Health Institute's Center for Health Policy and Inequalities Research (CHPIR) are embarking on a new project with colleagues at the Medical College of Wisconsin and Lehigh University. Funded by the National Institutes of Mental Health, the study will examine the influence of immigration laws on United States Latino and Hispanic immigrants’ use of services for HIV testing, alcohol and drug use disorders (AODDs) and intimate partner violence (IPV).

Through the study, the researchers intend to further quantify and elucidate these deterrents.

The Intersection of Immigration, Health Issues and the Pursuit of Health Care

In the U.S., Hispanics are disproportionately infected with HIV compared to non-Hispanic Whites, and the incidence of HIV infection is higher among immigrants than among non-immigrants. This fact—especially when combined with the deterrent effect of immigration concerns on immigrant’s health-seeking behaviors—is cause for great concern with regard to controlling the spread of HIV. Yet this project is the first empirical study of the influence of actual as well as perceived immigration-related laws on Hispanic immigrants’ HIV health-seeking behaviors.

The researchers also integrated AODDs and IPV into the study because these conditions are associated with an increased risk for HIV infection. And like HIV, they’re conditions for which immigrants may be reluctant to seek care due to the stigma they carry.

It’s not uncommon for individuals with AODDs to engage in risky behaviors such as exchanging equipment for injection drug use or exchanging sex for drugs and alcohol. In addition, drug and alcohol use immediately prior to or during sex reduces the likelihood of condom use. These factors and others elevate the HIV risk for people with AODDs.

Women who are subject to IPV also face increased risk of HIV infection. These women are less likely to be successful in negotiating condom use and are often unable to access reproductive healthcare venues and receive HIV testing. In addition, men who abuse female intimate partners are more likely to have multiple sexual partners, increasing their own and their partners’ risk of contracting HIV.

Study Locations and Who’s Who

The five-year study will be conducted in four United States metropolitan areas selected for their diverse immigration environments:

The study builds on a previous MCW-CHPIR collaboration that explored how HIV exposure laws—that is, laws that dictate the responsibility of HIV-positive individuals to report their HIV status to a sexual partner—affect HIV prevention and care behaviors.

The study has three phases:

The researchers expect that findings from the study will not only provide important information that could help shape sound laws and policies, but also inform the development of a range of future interventions. Ultimately, the study outcomes may help guide efforts to increase HIV testing among Hispanic immigrants and support AODD and IPV service uptake.

“Given the current climate on immigration in the U.S., this study is extremely timely and important,” said LeGrand. “It’s critical to understand the relationship between immigration policies and health-seeking behaviors in these stigmatizing situations. With Hispanic immigrant communities living in fear, it’s hard to imagine anything other than devastating consequences on uptake of these essential health services.”