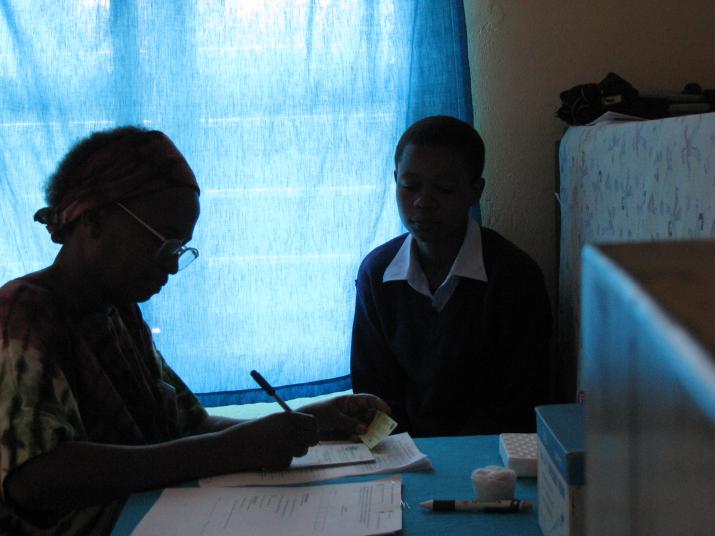 New research published in PLoS One today suggests that the number one predictor of HIV testing is proximity to home, but HIV testing preferences vary greatly across individuals. The study by DGHI faculty members Jan Ostermann and Nathan Thielman could help to inform how HIV testing services are adapted and expanded across sub-Saharan Africa.

The study of nearly 500 adults in an urban setting of Northern Tanzania found that only about half of individuals preferred testing at home. This rivals other studies suggesting that home-based testing is largely acceptable in similar settings. Study participants also preferred finger pricks and venipuncture tests over oral swabs. Preferred testing methods are particularly relevant since oral test kits could soon be made available in Tanzania. Factors like on-site availability of HIV medications and the availability of testing on weekends were less important to participants.

Other promising findings reveal that adults are increasingly getting tested more than once to confirm their negative status and, in more cases, are sharing results with their partner or spouse. More than three-quarters of women and half of the men had been previously tested for HIV, with up to 40 percent tested within the past year. Researchers are learning that confidentiality is less important than previously thought, possibly signaling a shift in stigma about testing. Only a third of the participants preferred to keep their HIV test confidential.

“Broad shifts in the underlying motivation for HIV testing have the potential to de-stigmatize testing as a marker of risk, thereby improving acceptability and uptake of services,” said Ostermann, lead author and associate research professor of global health at the Center for Health Policy and Inequalities Research.

This study is particularly relevant since little is known about the HIV testing preferences of adults in high-risk settings, including in sub-Saharan Africa. Because testing is an important entry point for scaling up treatment services and prevention in endemic areas, researchers suggest it is critical to tailor HIV testing interventions the preferences of specific populations.

“Understanding population preferences is a critical step for increasing the uptake of HIV testing. Because HIV treatment reduces transmission, widespread HIV testing and treatment has tremendous potential to diminish the epidemic,” said Thielman, associate professor of medicine and global health.

The study, funded by the National Institute of Mental Health and the Duke Center for AIDS Research, is the first to use a survey tool called Discrete Choice Experiments to understand HIV testing preferences in Africa. Not only does this survey tool hold promise for informing the design of targeted HIV testing interventions, but it can be used to inform the design of other community-based interventions in the future.

Ostermann and Thielman worked on this study with researchers from the Kilimanjaro Christian Medical Centre in Tanzania, Washington University in St. Louis, and Hochschule Neubrandenburg in Germany.