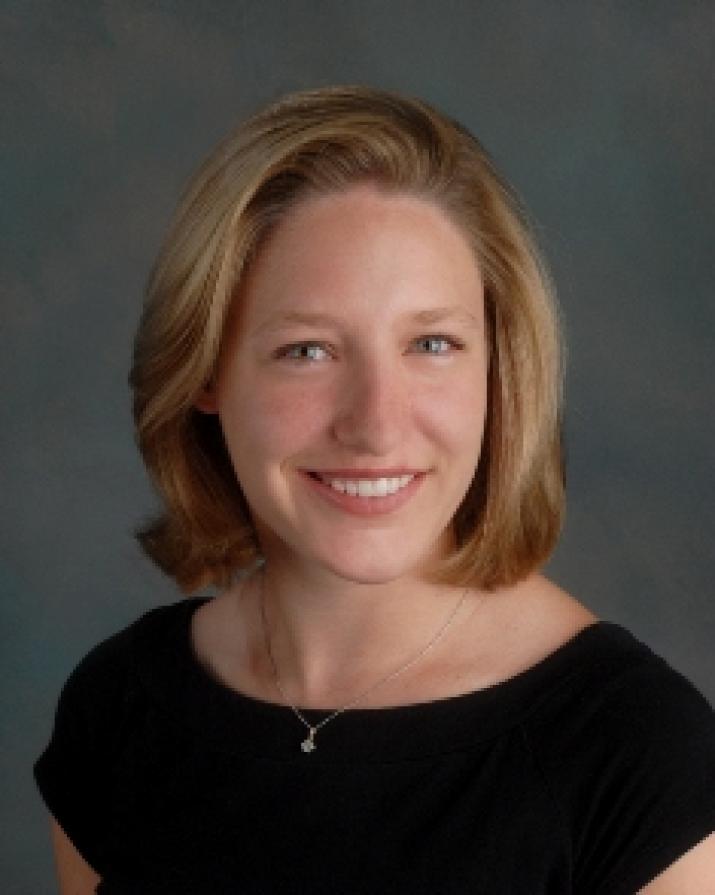 By Marsha A. Green

Susan Emmett, a second year medical student at Duke, is one of 65 medical students nationwide to receive the prestigious Howard Hughes Medical Institute Research Training Fellowship that will fund her for a year of research at any institution of her choice. But she nearly didn’t apply because she thought her work wouldn’t qualify.

“I’m interested in looking at the intersection of health policy and health science, particularly in HIV/AIDS,” she says.  “For example, in many low-income countries, policies have been made that have expanded access to antiretroviral treatment (ART). In the U.S., it is easy to find out if a patient is developing resistance to a specific antiretroviral treatment because we check viral loads at every office visit. You just can’t do that in Africa – they don’t have the technological capacity.”

Emmett worked with Nathan Thielman, MD, to set up a third-year research project through Duke’s collaboration with the Kilimanjaro Christian Medical Center in Moshi, Tanzania. “I want to see if there are inexpensive clinical indicators that will help physicians decide when to switch antiretroviral regimens in order to mitigate antiretroviral resistance,” she says. As she was working to define the project, she thought about the HHMI award, “but HHMI traditionally funds basic science research. I didn’t think they would spring for clinically based research,” she explains. A last minute email exchange with HHMI convinced her that they might consider her proposal, so she sent off the application – and then put it out of her mind.

“I was stunned when I got the email saying I had been accepted,” she says. “I couldn’t believe they would support clinical work. But I talked to my mentor at the NIH and she says that HHMI is realizing that there are some things you learn about medicine that you can’t learn in the lab.”

Emmett’s work will dovetail nicely with a project entitled Coping with HIV/AIDS in Tanzani (CHAT), for which Dr. Kate Whetten, at the Duke Global Health Institute is Principal Investigator.  “Susan read through the entire 80-page CHAT proposal to see what cohort we were working with and what data we were already planning to gather. Her plan for studying the issue of clinical indicators for virologic failure will be a welcome addition to our research,” says Thielman, the clinician investigator on the study team.  “Duke’s unique curriculum, which allows for an entire year of research during medical school, is great way for students to really understand what it takes to be a physician-researcher. For Susan to have the additional opportunities that the HHMI fellowship will bring is wonderful.”

The HHMI award provides a powerful launch to a medical student’s research career. It pays for a year’s worth of research during medical school and includes opportunities to share research with a network of other HHMI fellows and established scientists. It also includes a commitment to support budding researchers as they work their way up the ladder of academia. “The HHMI is basically willing to say that they believe in you as a medical student and will support you as you start your career because they want you to do well,” says Emmett. “They are invested in funding individuals who will go on and excel in their careers and continue to do good research.”

Emmett is grateful for and humbled by the support the HHMI offers, and she knows that this next year will be pivotal in her career. “I don’t know if the project will pan out – not all research does. But it would certainly be exciting if it does because it could help clinicians in low income countries optimize the use of these life saving medications.”

Meanwhile, she has kept an open mind about what medical specialty she might move into after medical school because “I have a feeling that some of the experiences I go through next year might change what I want to do. I know my interest in policy will not change. I know my interest in international health is firmly established. I just don’t know how next year will add to that.”

Emmett will travel to Moshi in the footsteps of many other Duke medical students who have taken advantage of Duke’s unique curriculum, which dedicates the entire third year of medical school to a research project. Joining her for the 2008-09 year will be Sarah Lofgren, who will work with physicians and scientists at KCMC to investigate whether dried blood spots can be used to diagnose HIV/AIDS for infants and check viral load measurements for people of all ages. “If using dried blood spots works, it would make it so much easier for people in rural areas to have viral loads tested,” she explains.

In February, the School of Medicine solidified support for third year medical students hoping to engage in a global health activity by approving a Third year Global Health Program. This ‘third year track,’ as it is called, is directed by Dennis Clements, MD, professor of pediatrics and senior advisor at the Duke Global Health Institute.

“I tried to organize an overseas experience by myself a few years ago, and it is difficult,’ says Emmett. “It is really great to have Duke’s established relationships and commitment to global health to lean on.”