U.S. Foreign Aid Works; It’s the Right Thing to Do (and It’s Minimal)

Written by Ward Brehm and DGHI Board Chair Jack Leslie 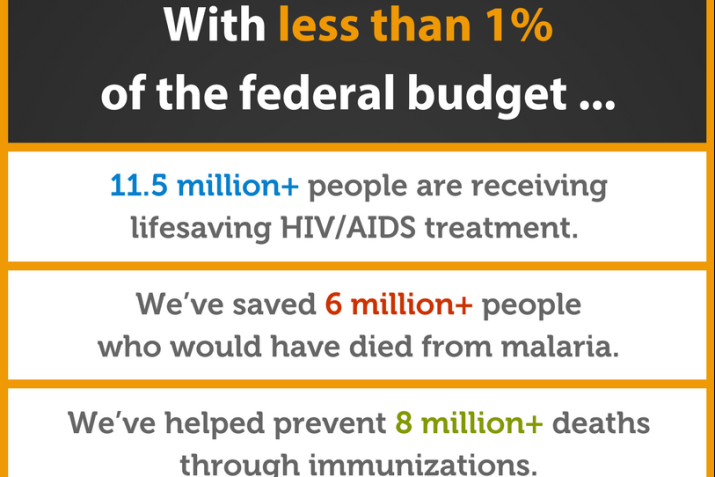 Jack Leslie, DGHI board chair and chairman of Weber Shandwick, and Ward Brehm, founder of the Brehm Group, recently published this op-ed in the Minnesota Star Tribune.

We’ve seen the results firsthand. Americans would do well to understand the value of these investments—and oppose the proposed cuts.

Recently, reports surfaced about the efforts of U.S. Special Forces to finally vanquish the murderous militia of Joseph Kony, who for 30 years has been on a rampage, killing more than 17,000 in northern Uganda and forcing millions to flee their homes.

A decade ago, we traveled there to meet the victims of Kony’s war. They included the “invisible children” who wandered in by the hundreds from the countryside to the streets of Gulu, a remote town in northern Uganda. Most were young boys, desperate to cling to the childhood denied to them and thousands of other children abducted by the Lord’s Resistance Army (LRA).

These were children trained to kill, first by murdering another child, then enslaved into Kony’s LRA. Mothers who sought them were captured and had their lips cut off.

Who speaks for these children? America has.

As board members of the U.S. African Development Foundation, we witnessed both the terror of the LRA and the impact of U.S. foreign assistance firsthand in Gulu on that pivotal trip in 2006. We wept together as we saw mothers without lips wander through the streets and met children searching for an abandoned corrugated roof under which to sleep.

On the streets of Gulu, it never mattered that one of us was a Connecticut Democrat and the other a Minnesota Republican.

Foreign assistance makes sense for many reasons. It can make us safer by mitigating the ills that often lead to hopelessness and seed fertile ground for terrorists. Foreign assistance can help build economies and open new markets. It can help stop pandemics and eradicate diseases that might threaten our own communities.

But perhaps the most compelling reason foreign assistance has received decades of bipartisan support is because it’s the right thing to do.

Together we acknowledge the central commandment of every religion—to love one another.

Most people we talk to suffer from the misconception that America spends a large amount of its federal budget on foreign assistance. They usually are shocked when we lay out 100 pennies on a table — and pull just one penny out to signify how much we actually spend.

What has less than 1 percent of the federal budget achieved? We’ve met thousands whose lives literally have been transformed: widows of genocide in Rwanda, children with disabilities in Uganda and subsistence farmers in war-torn countries like the Democratic Republic of Congo and South Sudan. And we have become much more efficient in spending these funds because of reforms in recent years.

The numbers add up to staggering progress in just the last decade and a half. Through U.S. investments alone, more than 11.5 million people are receiving lifesaving treatment for HIV/AIDS through PEPFAR, the program President George W. Bush created in 2003.

We’ve saved more than 6 million people who would have died from malaria.

Our food assistance programs have cut childhood stunting in half in areas where we’ve made nutrition interventions.

All this is a return on an investment of less than a penny out of every dollar spent in the federal budget.

Yes, we have serious needs in our own country that we must tackle with a renewed sense of purpose. But our generosity and our moral aspirations need not stop at our borders. Addressing our needs at home and those abroad are not mutually exclusive.

That’s why the massive cuts in foreign assistance proposed in the 2018 federal budget should concern every American.

We must invest in economically dislocated communities at home, but we would also be morally bankrupt to ignore the 65 million people displaced today by war and terrorism.

We need new roads and bridges, but we cannot stand by and watch 1.5 million children die of starvation this year alone in places like South Sudan, Nigeria, Somalia and Yemen.

We need to continue reforming health care here, but we also can end HIV/AIDS in all children, worldwide, by 2020.

All these things are possible with American ingenuity and American generosity. That’s what we do. Americans have always embraced the duty and joy that comes with assisting the most vulnerable both at home and abroad. That’s who we are.

We speak for those who have no voice. How tragic it would be to silence our own.

Originally published on March 20 in the Minnesota Star Tribune.

Ward Brehm, of Wayzata, Minnesota, is founder of the Brehm Group.

Jack Leslie, of Fairfield, Connecticut, is chairman of Weber Shandwick. Each was appointed to the board of the U.S. African Development Foundation by both Presidents George W. Bush and Barack Obama.