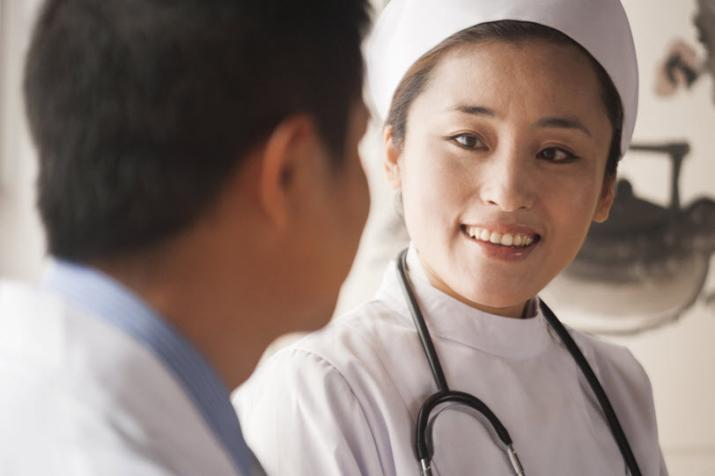 The Chinese government recently consolidated the management of three health insurance programs under one new administrative branch, a move prompted in part by a policy memo written by Shenglan Tang, the Mary and James Semans International Professor of Medicine and Global Health at the Department of Population Health Science.

Several years ago, the Paulson Institute approached Tang to write a policy memo that would draw on the expertise he developed through three decades of experience with heath systems in China. Tang, a Duke Global Health Institute faculty member, has conducted research on health insurance and other health system issues in China and other developing countries since the late 1980s.

Tang’s memo traces the evolution of Chinese healthcare coverage, identifies issues in healthcare financing and management, and offers several options for improving the performance of health insurance schemes in China.

Described as a “think and do tank,” the Paulson Institute, founded by former Treasury Secretary Henry M. Paulson, Jr., produces policy recommendations and analysis for high-level policy makers in China. Paulson ensured that Tang’s memo was disseminated at the highest levels of the Chinese government administration.

In the memo, Tang describes how health coverage in China is divided into three different schemes. Until recently, two urban programs and a rural program were housed separately in the Ministry of Health and the Ministry of Social Security. While the memo addresses many aspects of Chinese healthcare, Tang most notably recommended that these three schemes be merged under a new branch of government administration.

In 2018, the Chinese government decided to act on Tang’s recommendation by forming the National Healthcare Security Administration. This new agency, which falls under direct supervision of the State Council, is now responsible for the management and oversight of all three health insurance schemes.

Tang had originally proposed his idea to merge administration of the three insurance schemes in 2007 while he was working in the World Health Organization’s Beijing office, which had been invited to submit a proposal for China’s new health system reform. His suggestion was rejected for political reasons.

“My experience at the WHO China Office gave me insights and an understanding of challenges for health insurance in China,” Tang said. “That, along with my other health systems research in China, informed my recommendations.”

Drawing from Lessons Learned in Other Countries

As co-principal investigator on a new Bill & Melinda Gates Foundation grant, Tang is now working with a team to further improve health insurance in mainland China by synthesizing lessons and experiences of health insurance development from Korea, Singapore, Thailand and Taiwan of China. The project is led by Wuhan University in collaboration with several other leading Chinese universities, including Duke Kunshan University.

The research team is focusing on issues of effective monitoring and evaluation of service providers and on efficiency of medicine procurement, issues critical to advancing strategies of universal health coverage in China and other developing countries. They’re also examining health system reforms of these Asian countries under the contexts of the current political and socioeconomic environments. The project seeks to build connections and shared insights between the countries and research centers involved.

Tang and his team are currently conducting a literature review and will then interview key stakeholders in the participating locations. They plan to present their findings at the national workshop the project team will co-organize with the Gates Foundation and the National Healthcare Security Administration at the end of this year.

Tang sees this project as a step toward expanding universal health coverage globally. “Dr. Margaret Chan, former Director-General of the WHO once said that universal health coverage is the single most powerful concept that public health has to offer because it’s the mechanism to implement equity and the right to health,” said Tang. “I believe that developing more equitable and efficient health insurance in an increasing number of developing countries is one of the major mechanisms for the implementation of universal coverage of healthcare at an affordable cost.”