Two Perspectives on the Challenge of “Being With” While Being Remote

Students strive to bridge cultural divides with orphaned Indian children as they seek to learn about their lives in residential care. 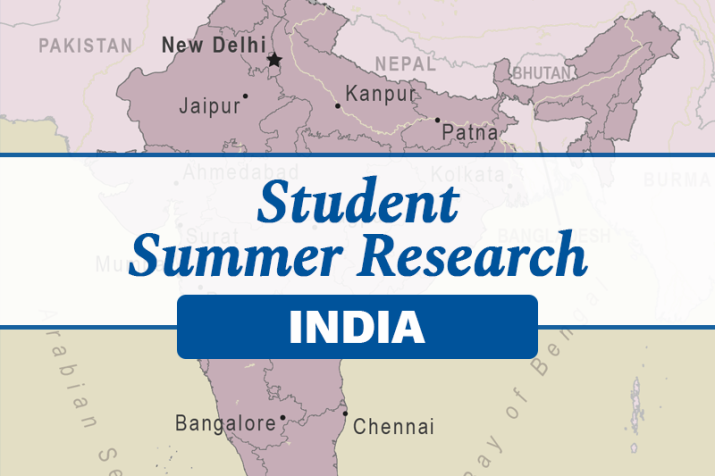 In The Nazareth Manifesto, the Rev. Sam Wells describes three styles of engagement: working for, working with and being with. The most empowering and hardest to enact is being with, which means “experiencing in one’s own life a fraction of what it is to be in need, oppressed and/or disempowered,” Wells writes. It means to set aside one’s strategies for change and instead simply feel the pain and hardship of another’s situation.

Being with is the goal. But how can we be with the children we are interviewing when we are thousands of miles away from them and live disparate lives?

In the eyes of the children whom I interview, I am just a white, English-speaking researcher. I try to act cheerful and friendly, as the interns from India translate my words into Hindi, and yet the vastness of our disconnect remains palpable through my computer.

For the first few interviews, it was hard not to turn off my camera and distance myself from the conversation I could not understand. Having to mask my confusion with a smile made me feel vulnerable and helpless. I wished that I could fly to India and meet the children in-person, play with them, and experience their lives before asking them such personal questions. In that moment, I was far from achieving my goal of being with.

It was not until I encountered a shy child who was also struggling to communicate that I began to build the bridges necessary to start being with the children. I realized that I could still try to experience and learn about the child’s life even if we were not in the same room. I brought out a plushie toy and told the child about myself through the animal. Seeing the animal on screen immediately brought a smile to the child’s face and the child opened up to me in return.

There were many layers of translation that we had to communicate through, but ultimately, by keeping my camera on and just listening, I started to understand this child’s individual story on my way to being with.

Image
Emily Gitlin used a plushie toy to open up communication with Indian children participating in the project.

As an Indian myself, I imagined that the backbone of a shared culture would make being with our interviewees easy. Basic psychology taught me that it is easier to identify with and open up to a person who is in some way like you. But real-life practice — interviewing children who faced overwhelming sadness and trauma, who had inconceivable life experiences, and who sat on the fringes of Indian society — showed me there was a world of separation between us.

Speaking to orphaned children in residential care homes in India was a stark reminder of my own privilege. And this was a barrier that could be masked by neither the shared color of our skin nor the language we spoke. Instead, I realized that I would have to learn about, consider and acknowledge the differences that stood between me and the interviewee before I could share their pain or understand what it meant to be disempowered or in need. Being with meant being present and listening under an acknowledged landscape of privilege.

For both of us, as we started to truly listen and recognize our privileges, we began to better internalize our participants’ stories. But more than that, we realized what our roles were with each interviewee — not walking in with the presupposition that we could or could not understand them, but rather humbly and empathetically taking in their identities in whatever way we could. And perhaps that is the essence of what being with is all about.