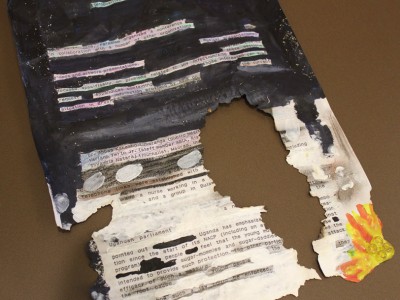 When associate professor of global health Kearsley Stewart learned that the David M. Rubenstein Rare Book and Manuscript Library at Duke had acquired a collection of unpublished works assembled by medical anthropologist Maria de Bruyn, she immediately began thinking about how she could integrate these materials into her Global Narratives of HIV/AIDS course.

It seemed like a golden teaching and learning opportunity for two reasons. First, de Bruyn has worked for decades in the field of sexual and reproductive health with a focus on HIV and AIDS, in non-profit organizations in The Netherlands and United States and for international non-governmental agencies.

And secondly, as Stewart puts it, “With global health being a relatively new field, the idea that students can delve into unpublished programming and training resources and other artifacts to find global health guidance and inspiration is a brand new moment for us in this field.”

Drawing New Meaning from the Archives

But Stewart knew that it would take a creative approach to engage her undergraduate students in de Bruyn’s historical collection, which spans from 1988—early in the HIV/AIDS epidemic—to 2012. The collection includes her writings, work from her consultancies, publications by other authors and numerous agencies in developing countries, brochures, artifacts, buttons and more—on topics such as HIV/AIDS, sexual and reproductive health, human rights, condoms, discrimination, youth, sex work and women's health issues.

Stewart wanted to challenge them to think about how they might use historical materials and unpublished documents like those sitting in filing cabinets in NGOs all over the world to advance their global health knowledge and understanding. Through a brief web search to generate ideas, she discovered Kelley Swain, a poet and writer who has developed workshops in the “Humument” art book method with medical students at Imperial College, London. Swain is currently a poet-in-residence at Oxford University Museum of Natural History.

The term “Humument” is a combination of the words “human” and “document” that originated from British artist Tom Phillips’ A Humument: A Treated Victorian Novel, which was first published in 1970. Phillips created pieces of art over the pages of W. H. Mallock’s 1892 novel, A Human Document, while leaving some of the original text visible, thus creating a new narrative. 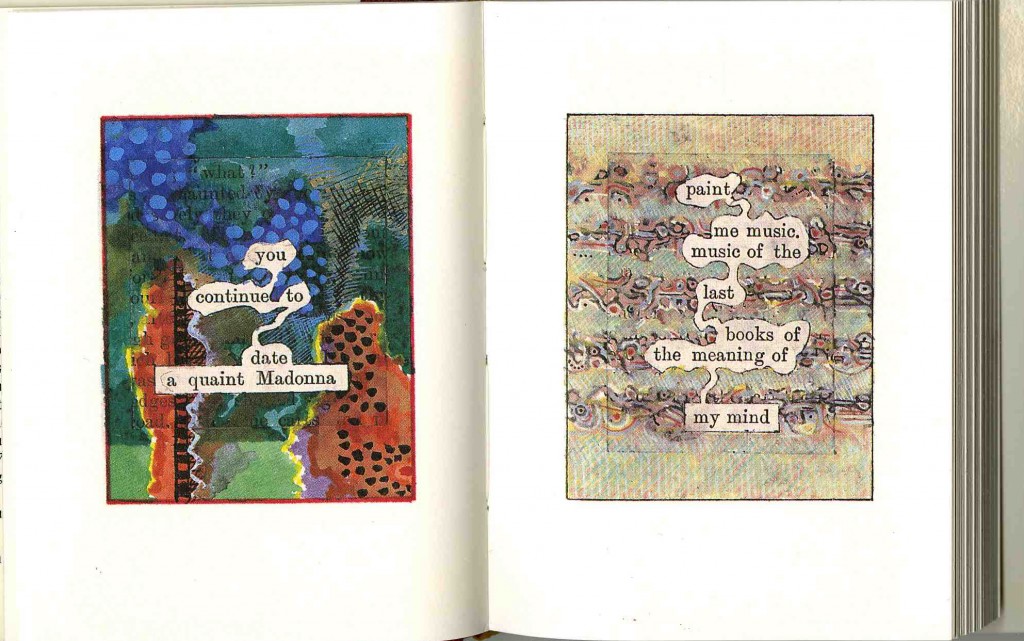 Excerpt from A Humument. Image by Purchase College Library,
accessed on Flickr (https://www.flickr.com/photos/pclibrary/5877425816).

Stewart was convinced the Humument concept would be a good fit for her Global Narratives of HIV/AIDS students to study the de Bruyn collection. “This method invites the student to interact in an innovative and creative way with a global health document,” she said. “Instead of just seeing the document as a straightforward delivery of information, they’re discovering and reflecting on what’s hidden in the text that might inspire a new way of thinking about the topic at hand.”

When Stewart described the Humument technique to de Bruyn, she had a positive reaction. “This is a unique way of introducing students to the value of an archival collection,” she said. “Although donors often want us to develop new materials for each new project and program, we should also avoid ‘re-inventing the wheel’ when there’s such a wealth of useful material that can be updated to fit our current context.”

To help her implement the method with her students, Stewart invited Swain to Duke as a short-term artist-in-residence*, and she was glad to collaborate. Swain thinks Tom Phillips would be pleased—albeit a bit surprised—by their use of the Humument technique in a global health context, and she’s looking forward to seeing how the students embrace this challenge.

Swain is currently working with the students as they create their own Humument-inspired pieces using a piece from de Bruyn’s collection as the original text. The student’s final pieces will be on exhibit on the Student Wall in Perkins Library from November 28 to February 1.

Stewart’s students have embraced this unique project. “This art form allows us to give a new voice to documents otherwise consigned to archives,” junior Joshua Grubbs reflected. “The process of tying together the literary and visual elements has prompted me to reflect on the myriad ways we tell our stories.” And junior Sarah Rapaport noted, “The process of extracting different strands of meaning out of the texts was valuable. I learned to challenge my initial assumptions of a text.”

What Can Global Health Learn from Art and Poetry?

So how can reinterpreting documents through the lenses of art and poetry inform global health scholarship and practice?

Several decades ago, as the practice of medicine became increasingly driven by technology, a field called medical humanities was introduced into medical schools across the country. The idea was that learning about the humanities could help physicians develop empathy and improve their ability to relate to their patients as human beings rather than merely subjects of their medical treatments. It was also thought that studying narrative medicine could be therapeutic for stressed-out doctors. Evidence over the last 30 years or so suggests that these hunches turned out to be true.

Stewart and a number of her colleagues at Duke believe that the field of global health can draw similar benefits from the study of humanities such as art, poetry and literature. “Creativity can unleash new perspectives on old problems,” Stewart said. “So my hope for this project is that exploring the archival material through this creative approach will give my students new insights into the language of intervention and HIV/AIDS.”

On Wednesday, November 30, the Health Humanities Lab at Duke is hosting a special event* to celebrate the acquisition of the de Bruyn collection and explore the intersection of art, poetry and global health. de Bruyn will be giving a keynote address, “Where were (and are) the voices of women living with and affected by HIV and AIDS?”

The event, which is free and open to the public, will take place from 3 to 6 p.m. in Room 153 of the David M. Rubenstein Rare Book and Manuscripts Library. In addition to the keynote:

Learn more about this event. 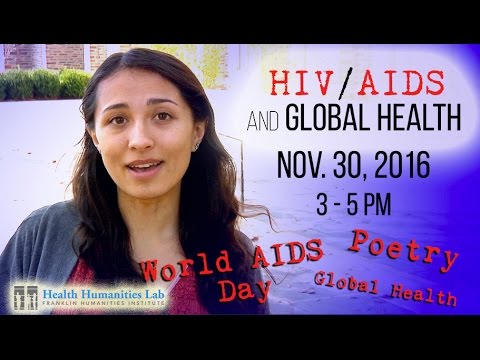 Check out Stewart and Swain’s recently published essay, “Defining and Developing an Emerging Field: Global Health Humanities,” in The Lancet. It's available free of charge after registration on The Lancet website. 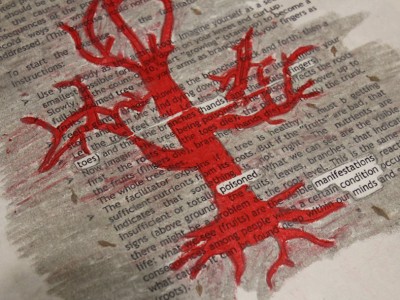 The process of tying together the literary and visual elements has prompted me to reflect on the myriad ways we tell our stories.