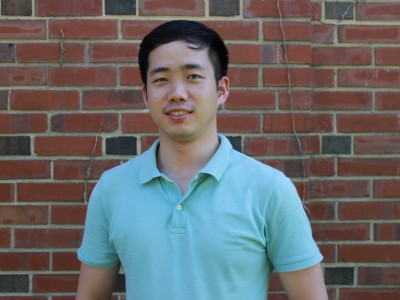 Global health doctoral certificate candidate Zhao Ni is coming up with creative ways to use mHealth to improve the medication adherence for patients in China. Ni, who hails from Xichang, China, is completing his PhD  degree through the Duke University School of Nursing while taking classes, conducting field research and receiving mentorship through the Duke Global Health Institute (DGHI).

Ni began his education at Yunnan University of Traditional Chinese Medicine in China, where he studied nursing as an undergraduate and earned his Bachelor of Medicine degree with distinction. He followed this degree with Duke’s accelerated bachelor of science in nursing program and returned to China to work as a registered nurse. Within two years, he was back at Duke to complete his doctoral degree in nursing.

Ni’s decision to pursue a career in nursing was influenced by his father, who is a physician. “He encouraged me to go into nursing because he saw that it’s a field just waiting for development in China,” he said. Now in his twelfth year of studying and working in nursing, Ni has found it to be a rewarding profession and has enjoyed helping people improve their health.

After beginning his PhD studies, Ni found out about the global health doctoral certificate program from his mentor, Ryan Shaw, associate professor and Elizabeth C. Clipp Term Chair of Nursing, and thought it would be a great supplement to his doctoral program. “I’ve always been interested in global health. Nursing is not limited to one country—it’s very globalized,” he said.

Ni also sees himself as an ambassador between western and traditional Chinese medical cultures. “I grew up in China, studied traditional Chinese medicine, speak Mandarin Chinese and understand Chinese culture, but I have also studied in the United States and speak English,” he said. “I’m a good fit to  help combine the strengths of two medical cultures together to promote health.”

Ni is researching how hospitals can use mobile technology to help patients with coronary heart disease (CHD) improve their medication adherence. CHD is the leading cause of death worldwide, and the second leading cause of death in China, where Ni focused his studies. The current standard of care is long-term pharmaceutical therapy, so treatment outcomes are highly dependent on patients adhering to their medication regimens. However, poor medication adherence to long-term pharmaceutical therapy has been cited as a public health concern in China.

Ni’s approach to solving this problem was to create an mHealth (mobile health) intervention that provides patients with educational materials and reminders to take their medications. He identified these two crucial components after conducting an extensive literature review of both Chinese and English sources. Next, he designed the intervention by combining services from two mobile apps, WeChat and  Message Express.

After prototyping several iterations of the reminders and educational content, Ni conducted a  pilot study with two phases in the summer of 2016 and 2017 to assess feasibility of the intervention at West China Hospital in Chengdu. The randomized control trial explored the effects of the intervention, and patient preferences were collected via qualitative interviews. Ni found that the intervention could be helpful in increasing medication adherence, and he identified ways that he could improve the tool for future studies.

The following summer, Ni returned to China to conduct a large-scale study to assess efficacy of the intervention. This study, which lasted 90 days and engaged nearly 230 participants, proved that medication adherence was significantly higher among patients that used the mHealth tool.

In addition to taking global health courses and gaining hands-on experience through the global health doctoral certificate program, Ni traveled to Nepal as part of a Bass Connections student research team. The project, also focused on cardiovascular disease, aimed to design an mHealth tool to extend the role of female community health volunteers in Nepal to hypertension prevention and control.

After receiving his PhD this spring, Ni will begin a post-doctoral position at the Yale University School of Medicine. He’ll be working on another mHealth project to improve HIV testing rates in Malaysia and the United States. “I’m excited to apply mHealth to HIV testing,” Ni said. “I believe it has great potential to engage stigmatized communities who frequently interact using online platforms.” 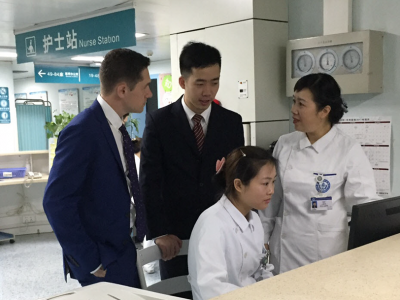 I’m a good fit to help combine the strengths of two medical cultures together to promote health.