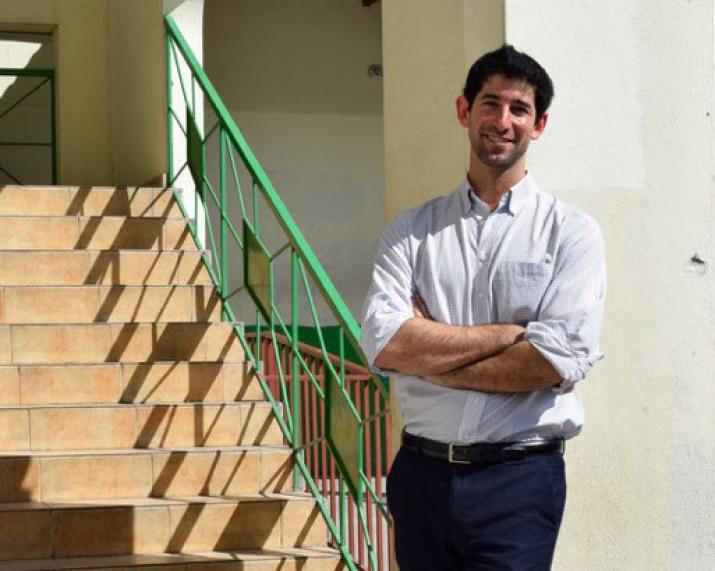 Max Kligerman '11 has continued his work in Haiti as a medical student at Stanford University.

In 2009, Max Kligerman was a junior majoring in international relations when he joined one of the first Duke Engage teams and traveled to Haiti for the first time. That summer in Haiti not only led him to pursue a certificate in global health to go along with his major, but it also, he says, “sealed the deal” for him to go on to medical school after graduation from Duke in 2011.

He spent the summer of 2009 working under the mentorship of David Walmer, associate global health professor and board chair of Durham, North Carolina-based Family Health Ministries (FHM). FHM was planning to build a women’s health center in a rural outpost outside the city of Leogane, so they asked Kligerman to travel around the district and compile a census of all of the health care providers.

Kligerman spent the summer scoping out and visiting with more than two dozen health care providers, from one-room doctor’s offices to large hospitals. In the process, he built friendships with the locals, watched sunsets from mountainsides, learned passable Creole—Haiti’s official spoken language—and created a sophisticated geo-targeted map of the area health care providers.

“By mapping clinics and speaking with healthcare providers that summer, I had the opportunity to really grow to understand health care in Haiti,” said Kligerman. “Despite the many challenges, I saw the joy and dedication of every physician I interviewed. I was blown away by their relationships with their patients and the community and I realized I wanted to be able to develop the same thing.”

Earthquake Brought Kligerman Back to Square One

Then came the devastating earthquake of 2010, and many of those health care clinics were reduced to rubble.

So Kligerman returned to Haiti and started all over. His pre- and post-earthquake survey of the area health care providers recently netted him two peer-reviewed journal articles (see links at the end of the article). In 2011, he became one of the first Duke students to graduate with distinction in global health.

Kligerman Returns to Haiti as a Med Student

Kligerman can’t seem to shake Haiti. He was back in the country for the sixth time from October 2015 through March 2016, this time as a Stanford University medical student. He is working at the General Hospital in Port-au-Prince, partnering with Walmer to study the connection between the human papilloma virus and cancers of the head and neck. He attended the dedication of the Carmelle Voltaire Women’s Health Center in February.

He says the Walmers have become family to him. “I cannot emphasize strongly enough what a huge impact they have had on me and what great mentors they have been,” said Kligerman. “I have learned life lessons and skills from David, Kathy and FHM that I will take with me forever."

“My time over the years in Haiti with Family Health Ministries created and continue to shape my interest in global health and serving others,” said Kligerman. “And I now have a second country to call home.”