The “Anytime” Intervention for Young Children with Autism

A new early-intervention model coaches caregivers on strategies to nurture their kids’ development. 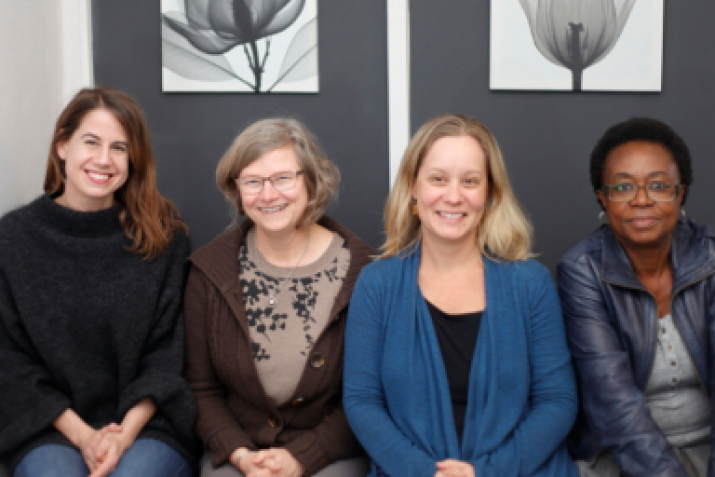 For children with autism spectrum disorder, getting the right education and support at key developmental stages—even as early as infancy and preschool—can have a huge influence on the growth of their social and communication skills. But the interventions typically involved in achieving such gains are extensive. In some instances, for example, U.S. preschoolers on the autism spectrum may receive up to 40 hours of instruction and therapy each week.

In many parts of the world, such approaches are unimaginable. In Lauren Franz’s home country of South Africa, for example, a child is lucky to even get a diagnosis of autism spectrum disorder, which goes mostly undetected. Most children who are diagnosed—and whose families can afford hospital transportation costs—get just 30 minutes of speech or occupational therapy per month.

And caregivers get nothing. Typically, when a parent brings a child in for a session, “the door would close and they’d provide therapy to the child with the caregiver completely out of the conversation,” says DGHI's Franz, an assistant professor of psychiatry and global health. “That’s not good enough.”

A better idea, she says, would be to put caregivers at the center of autism therapy for young children, especially in places where trained specialists are scarce. That’s exactly what Franz and colleagues are now doing in South Africa, where she is running a pilot project coaching caregivers on intervention strategies they can use with their own children.

“South Africa is the most developed country in Africa, but because of significant health disparities the needs of most people affected by autism still go unmet,” says Franz. “The services that are available are completely overwhelmed and can’t match the population’s needs. It really forces you to think outside of the box.”

The concept is to teach caregivers intervention strategies therapists use to nurture development of social and communication skills, a critical shift when therapists’ time is limited and expensive. “In the younger age range, to see the most amount of change and make the most amount of difference, the ideal would be intense intervention—20 or more hours a week—too much for one therapist to provide and too expensive,” says Marisa Viljoen, the project coordinator and one of the three ESDM certified supervisors. “But the caregiver can provide this in day-to-day activities.”

When serving breakfast, for example, caregivers are taught to sit opposite the child, close enough to touch and at the center of the child’s attention, and initiate interactions in which the child has opportunities to communicate requests and choices.

Caregivers can provide what researchers are finding is the best kind of intervention for young children: one that’s tailored to each child’s needs, using play materials and daily activities that are familiar and spark motivation and engagement. And since caregivers spend more time with their children than any therapist could, they can use intervention strategies with them anytime and anywhere.

Collaboration is the key

The first few years of the project were spent identifying the right workforce to train and the most important partnerships to build, which for Franz included the University of Cape Town’s Center for Autism Research in Africa, led by autism world expert Pertrus de Vries.

Franz also found a partner in the Western Cape Department of Education, who employ the early childhood development practitioners who now provide coaching and support to caregivers.

“It’s been quite incredible working with them,” says Viljoen. “It’s a complex intervention that we’re trying to simplify and what we’re asking of them is a lot.”

Franz says although this kind of intervention is uncommon in South Africa, the Education Department sees the value because they are beginning to see the impact.

The current pilot study has nine child-caregiver pairs completing the intervention, with 21 more expected to enroll next year. Franz and her team will collect data on their progress, but anecdotal results are already appearing.

Franz thinks of one five-year-old boy who had very limited play skills and used almost no words to communicate with his dad, who took care of him. “He was really struggling to engage his child,” she says. After the 12 coaching sessions, the boy showed great progress in knowing what to do with age-appropriate play material and quite an impressive growth in the number of words he could say and how he used them to communicate with his dad.

Franz also noticed how much the father had improved his ability to engage with his son around things he enjoyed doing. “It’s great for the caregivers and folks trained in South Africa to see it,” she says. “And it really keeps me going to see that kind of stuff too.”

Franz was recently awarded another National Institute of Mental Health grant which will allow her to see a lot more of this kind of progress. She’ll be continuing her work in Cape Town in addition to supporting capacity building at the Kilimanjaro Christian Medical Center in Tanzania, whose staff have already visited South Africa twice to get training on assessment and intervention strategies.

Franz doesn’t plan on stopping in Tanzania, or in Africa for that matter. She believes this approach can benefit other low-resource and high-disparity places, including rural North Carolina.

“We don’t have much South African data…that speak to racial disparities and the severity of autism,” Franz explains. “But there is at least one publication that says kids (on the autism spectrum in South Africa) were much more likely to have no language if they were a black African compared to if they were a Caucasian.  That’s not completely unlike the U.S. where there are well documented disparities on rates of diagnosis and service use among minority populations.”

A grant she’s pursuing will link researchers at Duke and North Carolina Central University to start using the early intervention strategies in minority counties here, something Franz sees as a logical next step.

“It’s such a neglected area of research and development in most low-resource parts of the world,” says Franz. “This work is at the intersection of humongous need, and the potential to make really positive impacts.”