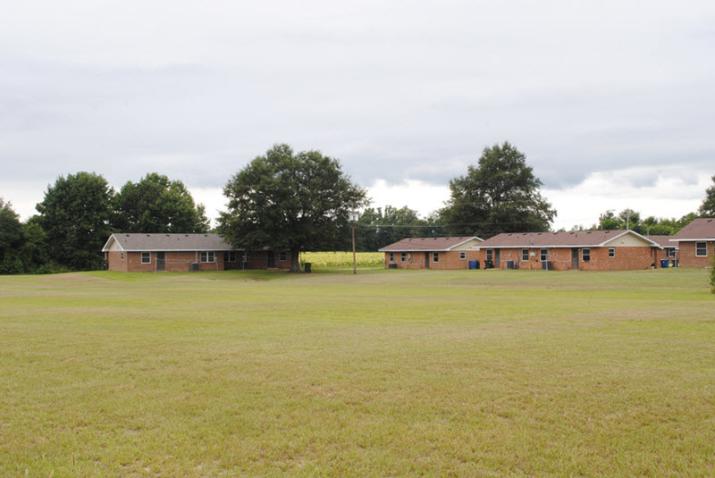 Community-based organizations in rural areas like this one in northeastern North Carolina were not eligible for the latest round of CDC funding for HIV prevention.

The southern United States continues to bear the heaviest HIV burden in the country, with the highest rates of new HIV diagnoses and people living with diagnosed HIV. According to the CDC, in 2013, the South accounted for 51 percent of all new HIV diagnoses in the country and 43 percent of all persons living with HIV, while comprising only 38 percent of the U.S. population. Death rates with HIV as the underlying cause were highest in the southern region.

A subset of southern states—the “Deep South”—has been even more disproportionately affected by HIV disease and shares characteristics such as overall poorer health, high poverty rates, an insufficient supply of medical care providers and a cultural climate that likely contributes to the spread of HIV. While the Deep South comprises only 28 percent of the U.S. population, in 2013 this region accounted for 40 percent of new HIV diagnoses and 34% of people living with HIV.

With these statistics as a backdrop, the Southern HIV/AIDS Strategy Initiative (SASI) scrutinized the most recent CDC funding announcement for community-based organizations (CBOs) to provide HIV prevention services. SASI found that for the first time, the CDC categorically excluded CBOs from applying for funds unless the CBO was located in a designated urban area, leaving out many areas significantly impacted by HIV in the Deep South states.

For example, in North Carolina, a state that ranks tenth in the country in the number of people living with HIV, 63 percent of HIV-positive individuals live outside the urban areas eligible for CDC funding. In four of the Deep South states (Alabama, Mississippi, North Carolina and South Carolina), the number of people living with HIV outside an eligible urban area is greater than the number that live within an eligible urban area. In those states, a significant portion of HIV-positive people and those at risk for HIV are receiving diminished prevention services because the CBOs that are providing those services are precluded from applying for direct CDC HIV prevention funding. 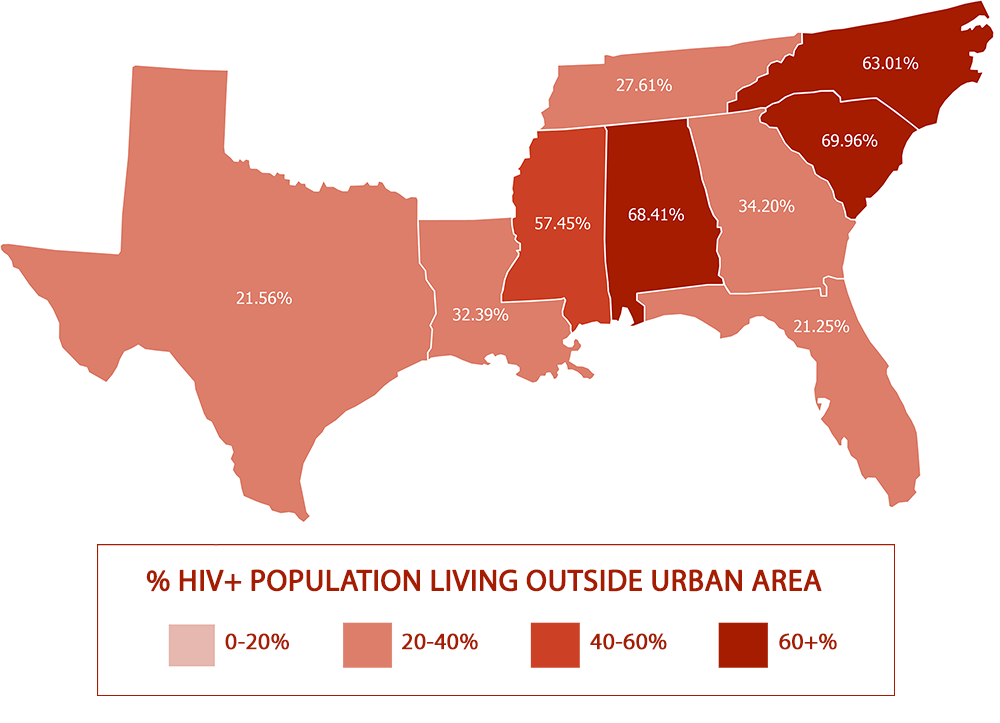 The updated National HIV/AIDS Strategy (NHAS) recognizes that the South is disproportionately affected by HIV and includes as a specific goal the reduction of disparities in the rate of new diagnoses by at least 15 percent among persons living in the southern United States.

Ensuring that the South receives an equitable share of prevention funding and that the funding distributions are consistent with the geographic distribution of the epidemic are crucial steps in reaching the goals of the NHAS. Reduced prevention funding for CBOs in the South, groups that are uniquely positioned to reach communities at risk for HIV, will only serve to increase the HIV burden in this region. To end HIV/AIDS in the U.S., federal policy makers must direct adequate prevention resources to the U.S. South, including areas outside the large cities, where HIV diagnosis numbers and HIV-related deaths are high.