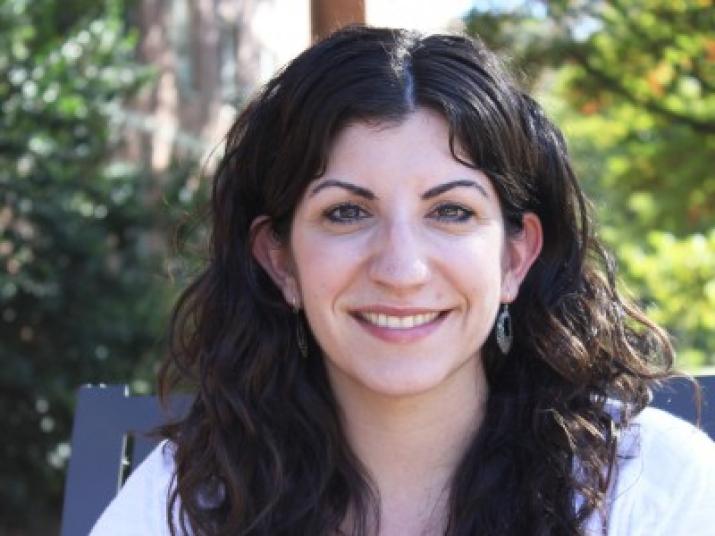 Collaboration by researchers at the Duke Global Health Institute and UNC Gillings School of Global Public Health and has yielded good news about yet another tool in the weight-loss toolbox.

Duke Global Health Institute postdoctoral associate in the Obesity Prevention Program, Dori M. Steinberg, PhD, RD, a UNC Gillings School alumna, has found that a weight-loss approach including daily self-weighing, along with a weekly email that includes tailored feedback and lessons about nutrition and physical activity, could result in clinically meaningful weight loss.

The study, “The Efficacy of a Daily Self-weighing Weigh Loss intervention Using Smart Scales and Email,” is published in the journal Obesity.

A 2003 report from the U.S. Preventive Service Task Force had indicated that lower-intensity interventions, with limited face-to-face contact, are not as effective for weight loss as are more intensive interventions. However, given the high percentage of Americans (69 percent) who are overweight or obese, and given the resulting likelihood that obesity will cause chronic health problems including cardiovascular disease and diabetes, the authors recognized a need to test weight-loss strategies that have “high potential for sustainability and dissemination.

During the six-month study period, 91 participants were randomized into either an intervention or control group. The average participant was a white, college-educated, married woman in her mid-forties who weighed herself less than once per week. The intervention group was provided with digital scales that that forwarded participants’ weight readings by cellular network to a location on the Web. This allowed the researchers to see how often people weighed and how successful participants were in losing weight. Several similar sets of scales are available for purchase by the general public, but there is no evidence that the scales alone, when not coupled with the follow-up email, are helpful for weight loss.

Participants also received information via email about reducing calorie intake and incorporating physical activity into their daily schedules. Researchers expected weight loss to be about half-pound per week and that participants would weigh themselves six to seven days per week. Those who weighed at least six days and lost at least one half-pound each week were sent an email at week’s end reinforcing their current behaviors. Those not meeting the minimum criteria were sent an email at the end of the week that included more specific strategies for adopting daily weighing and changing diet and physical activity behaviors.

At study’s end, 94 percent of participants weighed themselves at least five days per week, and 79 percent weighed themselves at least six days per week. More than half the participants maintained frequent weighing for at least three months after the intervention was complete. Almost half of participants in the intervention achieved the five percent weight loss associated with positive changes in risk for chronic disease, with the average weight loss in six months being 13.5 pounds. The study findings suggest that daily weighing and feedback surrounding the weighing are necessary, in concert, for this type of self-monitoring effort to be most effective.

One of the most promising findings from the current research is that daily self-weighing compares favorably to higher-intensity interventions that include face-to-face contact and other strategies, implying that this type of approach could be used broadly and still produce meaningful weight loss.