An In-Depth Look at the Trauma of Traffic

Harris Solomon’s new book tracks victims of traffic accidents through one Indian hospital, but tells a larger story about the public health costs of congestion. 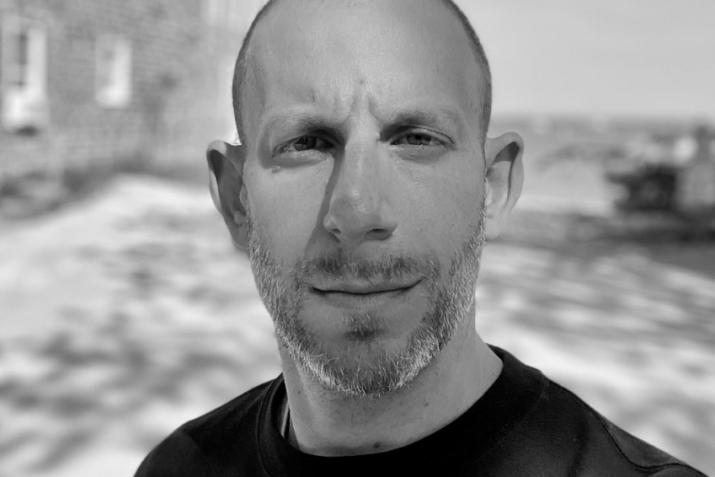 Harris Solomon, an associate professor of cultural anthropology and global health, delves into the life cycle of traumatic injuries in his latest book; Lifelines: The Traffic of Trauma. The book, based on Solomon’s observations at a public trauma ward in Mumbai, India, explores the health crisis underlying the city’s notorious traffic, which results in frequent accidents and traumatic injuries. Solomon tracks patients through triage, treatment and recovery to create an in-depth look at how rising rates of traumatic injury are affecting patients and health systems in low-resource settings.

We spoke with Solomon to talk about his research in India, and how traffic and traffic injuries can be a lens on larger social inequities in Indian society. This interview has been edited for length and clarity.

How would you describe the book in a nutshell?

Lifelines tells a story of the intensity of traumatic injury in India from the perspective of one public hospital trauma ward in Mumbai. While it does that, it also develops a concept of traffic in thinking about medicine and public health. Movement is a critical theme for medicine and public health. I knew that I wanted to write something about traffic- the traffic there is phenomenal, but I didn't know the book would all be based on that.  It ended up being the most fundamental aspect of all of it.

It was a natural choice for me. I've worked in India for more than two decades and that's where I began my research career. I have colleagues and mentors in India and over the course of time, developed relationships with many there who ended up being key collaborators in the project.

What was your process of writing this book?

The idea was born in 2014 and the book was published this year. I took intense field notes every day for several months during my fieldwork. I would then write up something like a conference paper or flesh out one idea which I would workshop at a conference or with colleagues. That provided great feedback. I would then go back and write out a chapter. And the cycle would restart. After concluding research, it took about two years of working in a very focused manner on the book before it moved to the final stages.

What was it like to draw out these tragic experiences from the subjects?

Enlightening.  No one should be in a world where bad traffic accidents are commonplace and a trauma ward that puts people's bodies back together is both necessary and busy.  Somewhere in the book I talk about a group of medics from Sweden visiting the ward in Mumbai and they remarked about how they encountered six traumatic traffic accident injuries in the previous year. The Indian surgeons responded that they had seen just about that number the previous day. It was a surreal revelation. It is one world, but one with such different experiences. In that ward, you learn so much about the society.

Do you think the problem is magnified by the high-density population?

I think that might be a factor. But again, population density is in other places in the world and the systems accommodate that density.  That is not the case in this setting.  The systems work quite well in a lot of ways, but they're also deeply segregated by social class and gender. There are systems to transit through the city in ways that are far less injurious, but they cost a lot more.

Are you fully based in America now?

No, you could say I live between the two worlds. During the onset of the pandemic, I began a collaborative research project on clinical labor and about work in intensive care in the U.S. with colleagues at Duke. This was partially born of the fact that I couldn't travel to India at the time and because this was a question that was important for the U.S. That occupies the bulk of my time here when I'm not teaching. In India, I have begun a new set of projects around intersections between medicine, public health and law and they are at the preliminary phases

Will you write another book?

Oh, I am writing another book. This time with three other authors and it is based on our project on Covid -19. I really enjoy writing books. You can tell a story in a book in ways that are very difficult to do in other forms available to us.

Do you think that people are reading fewer books than ever before?

I refuse to buy into that. People in my field may say things like students don't have the temperament to read books or they don't have the focus or the patience, but I think that if you orient the syllabus around books, students appreciate it because you remove the demand for them to read fast. I find that my students prefer that.

What are your favorite fun reads at the moment?

That would be Filthy Animals by Brandon Taylor. It is a short story collection. You should check out Real Life, his first book. He has a new book coming out next year that I am also excited about. He is my favorite writer- quite an extraordinary one I would say. He has a mastered the art of orchestrating profound relationships between people.