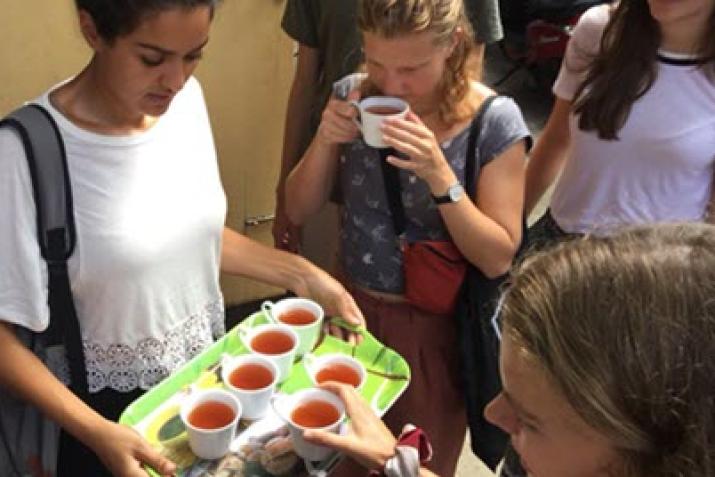 Shadowing a public health midwife as she visited patients. Seeing first-hand the occupational challenges and hazards workers at a rubber plantation face. Observing treatments and sampling blood-cleansing herbal tea at an Ayurvedic hospital. Learning about the connections between health and clean water at a water treatment facility.

These biweekly excursions were among the highlights of the Duke Global Health Institute’s (DGHI’s) first study abroad course—“Global Health in Context: Sri Lanka”—launched in June in Galle, a town on the southwest coast of Sri Lanka.

This new four-week academic experience was jointly created and delivered by faculty members at DGHI and two of our partner institutions: the University of Amsterdam/Amsterdam Institute for Global Health and Development and the University of Ruhuna in Galle. This three-continent collaboration makes the course unique among other global education offerings at Duke. It’s also one of few Duke study abroad courses in a middle-income country.

“We really wanted to develop a global health course to be taught ‘on location’ in a country where the disease panorama is very different from that in North America, but where, in spite of severe resource limitations in general and in health services in particular, the population health status is surprisingly good,” said Truls Østbye, a professor of community and family medicine, nursing and global health at Duke and one of the three main course collaborators.

Building international teamwork skills and an understanding of a very different culture were explicit aims of the course, and the collaboration helped students develop an appreciation of all three cultures, Østbye says. 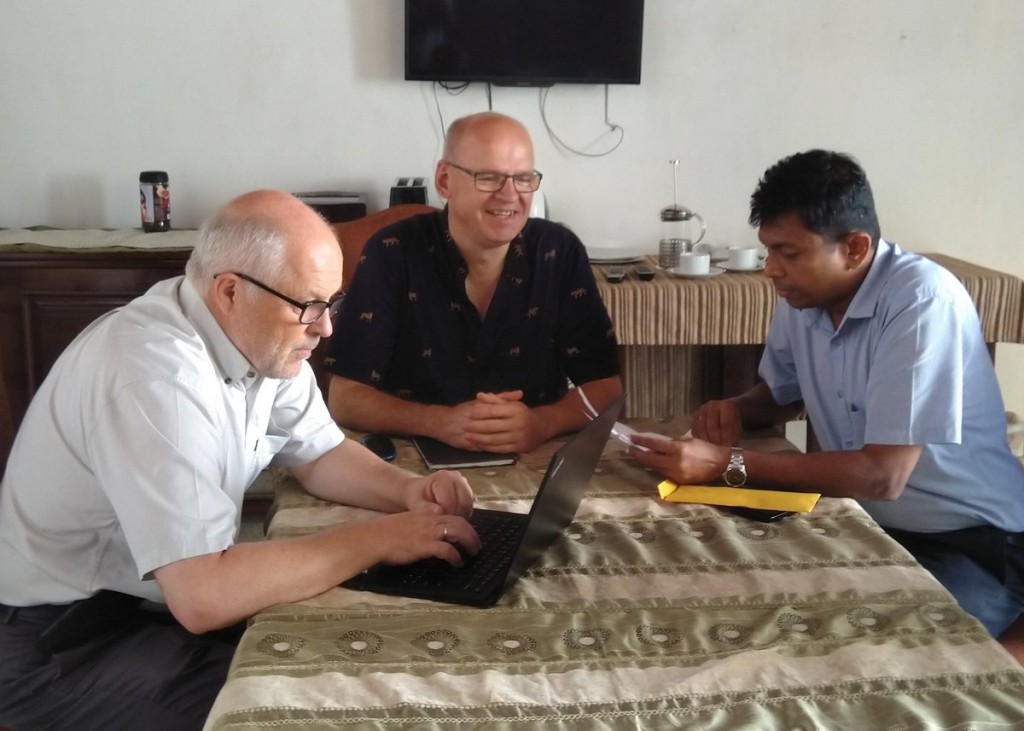 Participants included four Duke undergraduate students and 10 students from the Amsterdam Medical Centre at the University of Amsterdam.

“We selected these four areas based on their broad global health importance as well as their specific relevance to the Sri Lankan context,” said Vijitha de Silva, professor of community medicine at the University of Ruhuna, “and we thought incorporating field visits and projects would provide an intellectually stimulating experience for the students.”

Engaging in independent small-group projects—a cornerstone of the course—gave students an opportunity to delve into topics of both personal interest and local significance. Tackling challenging issues such as abortion, suicide, leprosy and antibiotic use, they identified and interviewed Sri Lankan experts, conducted research and presented their findings. 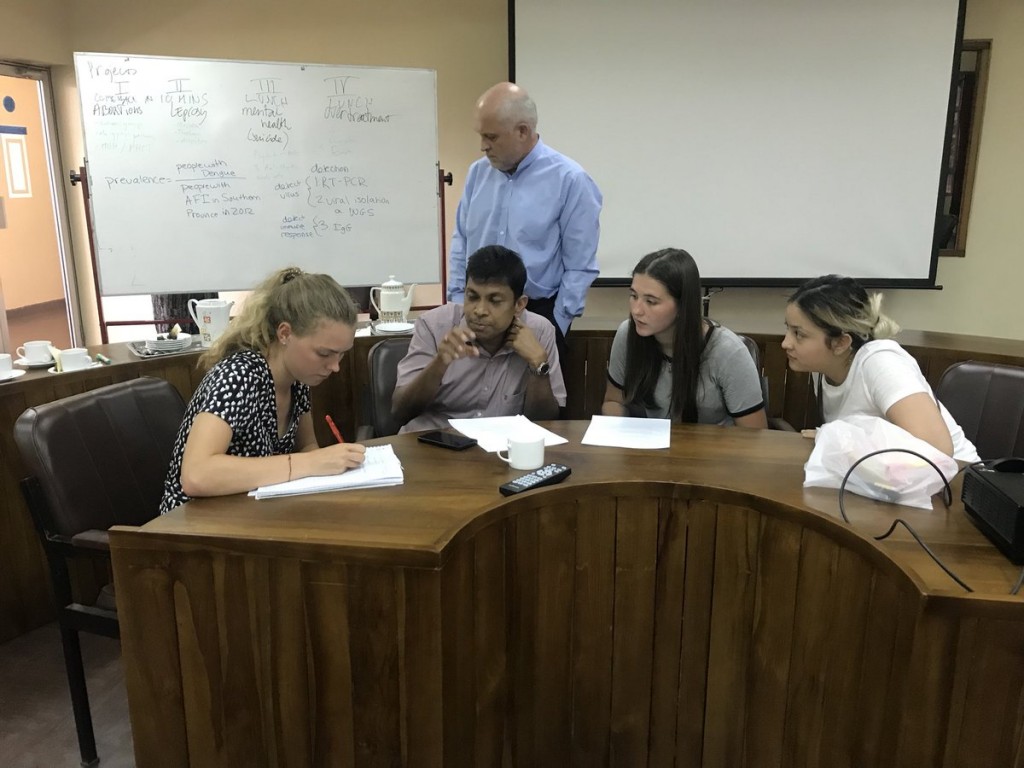 Students meet with Vijitha de Silva of the University of Ruhuna and DGHI’s Truls Østbye to plan their independent project on mental health.

Guus ten Asbroek, master and postgraduate education coordinator at the University of Amsterdam and Amsterdam Institute for Global Health and Development and one of the three main course collaborators, noted the students’ leadership and creativity with their projects. “They wanted to discover new territory while putting their knowledge and skills into practice,” he said. “It was rewarding to see how eager they were to listen to each other’s presentations, and it was wonderful to see how all the course objectives came together in these projects.”

Sarah Philo MS’18, who joined the students for two weeks as a teaching assistant, was also impressed with the students’ initiative on their projects. “They were incredibly dedicated, and it was exciting for me to see them get so involved,” she said.

The students’ responses were overwhelmingly positive, noting in course evaluations that the course was intellectually stimulating, they gained skills in working on multidisciplinary teams and their interest in global health increased as a result of participating in the course. Most notably, 86 percent of students said that they couldn’t have learned the same material at their home school.

“Living in the United States, it’s hard to imagine what global health looks like out in the world,” said MacKenzie Zepeda, one of the Duke student participants. “The course really helped me gain a much deeper understanding of global health and the many reasons why it is an important field of study.”

The interaction between students from different cultures and institutions is central the course. Next year, Østbye, ten Asbroek and de Silva hope to enroll ten students from each institution, providing an even richer multicultural experience for the participants.

“We’re looking forward to hosting this course again in 2019,” said de Silva. “We’re hoping to attract some medical and nursing undergraduate students from the University of Ruhuna next year.” 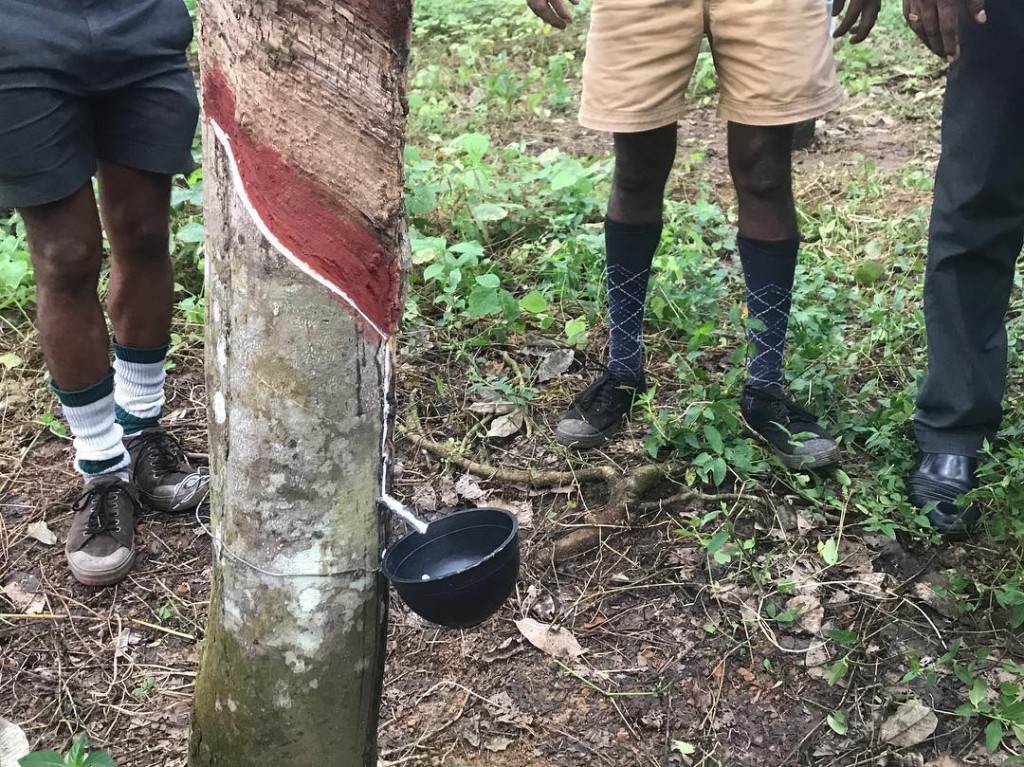 Students visited a rubber plantation, where they observed the harvesting and processing of latex as part of their unit on vulnerable workers and occupational health challenges. Workers at rubber plantations harvest from hundreds of trees a day to make a living wage. Many of them do not use personal protective equipment on the job because it is not mandated and can be uncomfortable. 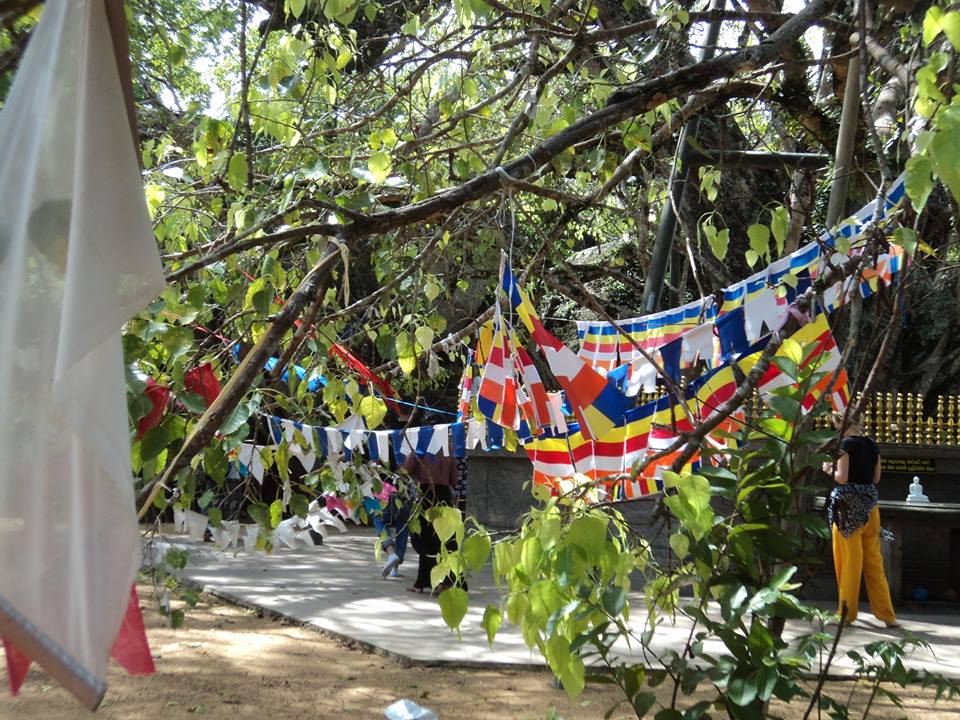 An unplanned visit to a Buddhist temple led to a fascinating discussion about the connections between culture, Buddhism and health in a country where 70 percent of the population is Buddhist. 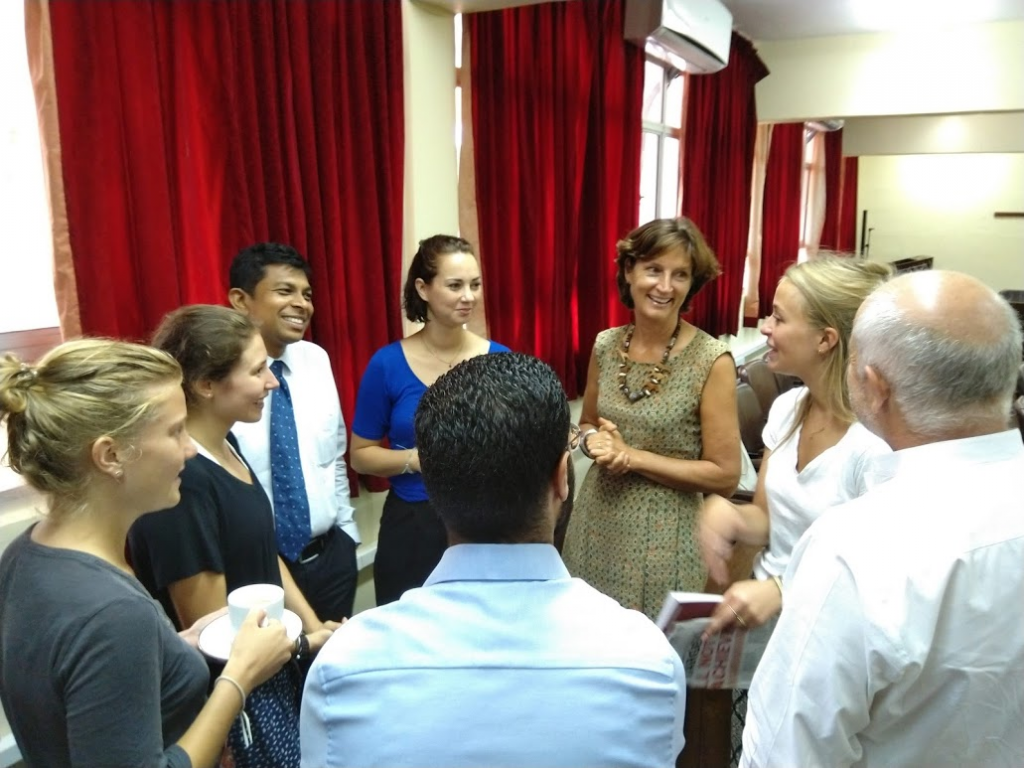 Her Excellency Mrs. J. Doornewaard, Dutch ambassador to Sri Lanka, talks with students and faculty from the course. 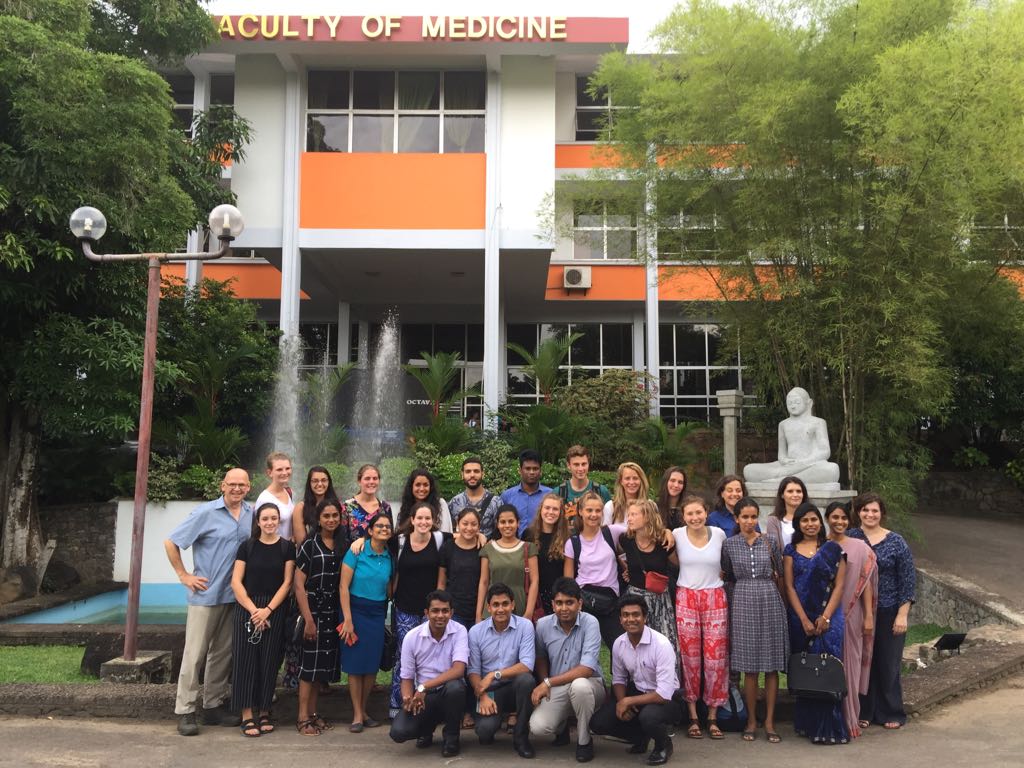 Students take a break for a group photo front of one of the University of Ruhuna buildings.