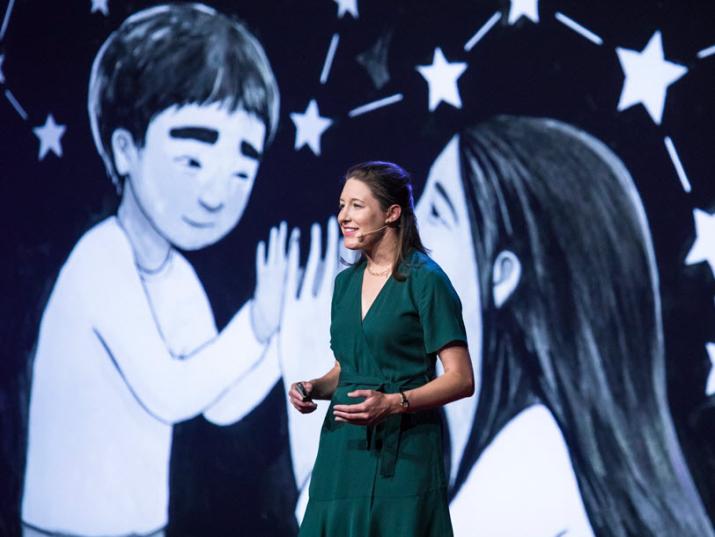 Susan Emmett, assistant professor of surgery at Duke University School of Medicine and assistant research professor at the Duke Global Health Institute (DGHI), was selected as a TED Fellow this spring.

Emmett, the first-ever otolaryngologist to be named a TED Fellow, joined 20 other change-makers from around the world who each delivered a talk from the TEDGlobal stage this August in Arusha, Tanzania.

Emmett’s TED talk was focused to her research on reducing hearing health disparities across the globe.  An estimated 1.1 billion people are living with hearing loss worldwide, and 80 percent of these individuals are in low- and middle-income countries.

“A major challenge,” recounts Emmett, “is that the majority of people suffering from hearing loss globally live in rural communities with no access to hearing care.” 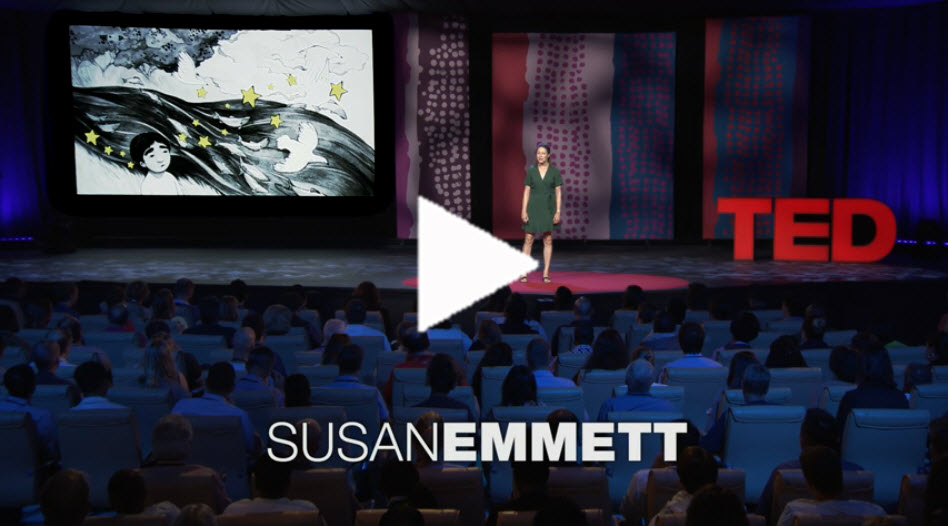 Emmett has partnered with a tribal health organization in Alaska on a potential solution that merges telemedicine, which has been used to provide expert triage in remote Alaska communities for over 15 years, with cell-phone based screening technology developed in South Africa. They’re testing this intervention in a community randomized trial funded by the Patient-Centered Outcomes Research Institute, with the goal of developing a school screening protocol that will reduce childhood hearing loss disparities throughout the state of Alaska.

“The power of mobile telemedicine is its transferability to other environments,” said Emmett. “With cell-based technology that can be used by laypeople, there’s tremendous potential to expand access to hearing care in rural communities around the world.”

For Emmett, the highlight of TED Global was spending time with the other fellows. “Joining the TED Fellows community was truly transformative. Each of us are working in vastly different fields in different places around the world,” she reflected. “The ideas that come from coalescing such a diverse community were incredibly exciting and formed the foundation for collaborations that will continue for years to come.”

Emmett is best known for her work to expand access to cochlear implants, a treatment for severe-to-profound hearing loss that is often unavailable in low- and middle-income countries. She has collaborated with researchers across 14 countries to demonstrate that cochlear implants can be a cost-effective treatment option in Sub-Saharan Africa and Latin America. She has also studied novel pathways for prevention, such as the role of undernutrition in hearing loss in the Gangetic floodplain of South Asia.

Emmett’s interest in global hearing health extends back to her experience as a Duke medical student, when she spent a year doing research in Tanzania through the prestigious Howard Hughes Medical Institute Research Training Fellowship.

Emmett joined Duke’s Division of Head and Neck Surgery & Communication Sciences and the Duke Global Health Institute earlier this year. She completed residency at Johns Hopkins, as well as a Master of Public Health degree and postdoctoral research fellowship from the Johns Hopkins Bloomberg School of Public Health.

About the TED Fellows Program

Founded in 2009, the TED Fellows program provides transformational support to an international community of 436 visionaries from 94 countries who collaborate across disciplines to create positive change around the world.

Their talks have collectively been viewed more than 155 million times. In its eight-year history, the TED Fellows program has created a powerful, far-reaching network—made up of scientists, doctors, activists, artists, photographers, filmmakers, entrepreneurs, inventors, journalists and others—leading to many meaningful and unexpected collaborations.

The program offers Fellows participation in a TED or TEDGlobal Conference, a two-day pre-conference of workshops and activities, a Fellows Retreat, professional mentoring, public relations coaching and membership in the TED community.

“I congratulate the TED Fellows program for recognizing the importance of hearing loss as a major source of disability burden in the world, as well as the immense potential of Dr. Susan Emmett to be a transformative agent in reversing these unrelenting trends and their downstream consequences for families and communities,” said Howard Francis, M.D., chief of Duke’s Division of Head and Neck Surgery & Communication Sciences. “We are proud of Dr. Emmett’s achievement, and are hopeful that it will elevate her cause of advancing global hearing health shared by many collaborators across Duke.”

Adapted from an article originally posted on the Duke Health website and reprinted with permission.