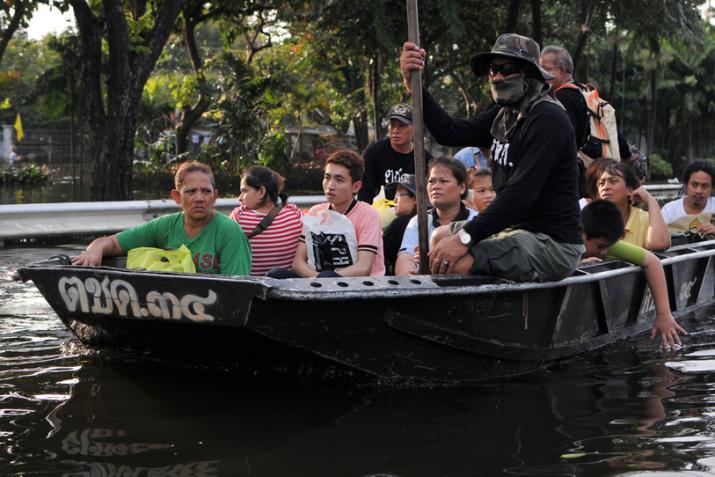 But as military personnel provide supplies and assistance, they may be unwittingly sharing something else: pathogens capable of sparking widespread disease outbreaks.

New research shows that, between 1955 and 2018, thousands of military service members were in a position to transmit or transport multiple diverse pathogens. The study, led by Duke graduate student Juliana Zemke and published in the Journal of Infectious Diseases, is the first systematic review of infectious disease transmission by military forces.

Zemke, who earned her master’s of science degree in global health in 2019, collaborated with researchers in Singapore and the U.S. Armed Forces to review 439 published papers that documented evidence for military personnel transporting infectious pathogens into or out of deployment areas. The researchers compiled and analyzed data from 67 studies, finding that service members from any country who are deployed in response to crises are at risk of falling ill themselves, or of introducing novel pathogens to populations they interact with overseas or upon redeploying home.

“Thousands of deployed military personnel in the U.S. and other countries have acquired infectious agents that have the potential to do harm not only to themselves but to people they have contact with,” says Gregory Gray, a professor of medicine and infectious-disease expert with the Duke Global Health Institute who directed the research.

“In a few tangible examples, the introduction of pathogen to a novel or different geography had severe consequences for local civilian and military populations,” the authors write.

Perhaps the best-known recent example of military personnel unintentionally spreading disease is the transportation of cholera to Haiti by Nepalese peacekeepers in the wake of the country’s 2010 earthquake. In that case, “an estimated 697,000 humans suffered from illness, 8,500 individuals died, and the pathogen still exists in endemic form to this day,” according to the paper.

Yet Zemke and her colleagues identify numerous other links between military deployment and the spread of infectious disease, such as cases of malaria brought back to Russia by soldiers deployed to Afghanistan and flu infections among families of air crew members who were infected in Mexico.

Zemke also cites the surprisingly high rate of U.S. service members who contract drug-resistant infections during deployments to Iraq and Afghanistan and while moving through military medical systems after deployment. The researchers found reports that suggest nearly 4,000 military members were infected with opportunistic bacterial pathogens between 2001 and 2014, many of which were documented as multi-drug resistant.

“While we can’t pinpoint exactly where these infections began based on the information in these articles alone, this evidence both supports and complicates public health concerns about the global spread of multi-drug resistant infections,” Zemke says.

U. S. military personnel also played a part in spreading a global influenza pandemic in 2009 by bringing the H1N1 strain with them on deployments to Iraq and Kuwait. Gray fears it won’t be the last time militaries help that particular pathogen find new victims. “Among all human pathogens, influenza A virus is the greatest pandemic threat in my book,” he says. “There’s just tremendous opportunity for that virus to spread like wildfire.”

Gray says although military leaders, public health officials and policymakers are aware of the risk, they may not realize the extent of the threat. He hopes this research can galvanize support for increased attention and funding toward fighting the spread of infectious disease among military personnel and the communities they interact with.

For Zemke, the paper underscores the need for further research. “The transmission events we discuss in this paper are only a fraction of likely similar transmission events that happened throughout history,” she says. “It is essential for militaries to be able to protect the military personnel that they’re sending into conflict or peacekeeping operations, as well as the civilian populations in deployment areas.”

“There are so many connections and relationships we’re still discovering,” Zemke says. “The more we know about past transmission events, the better we can prepare.”