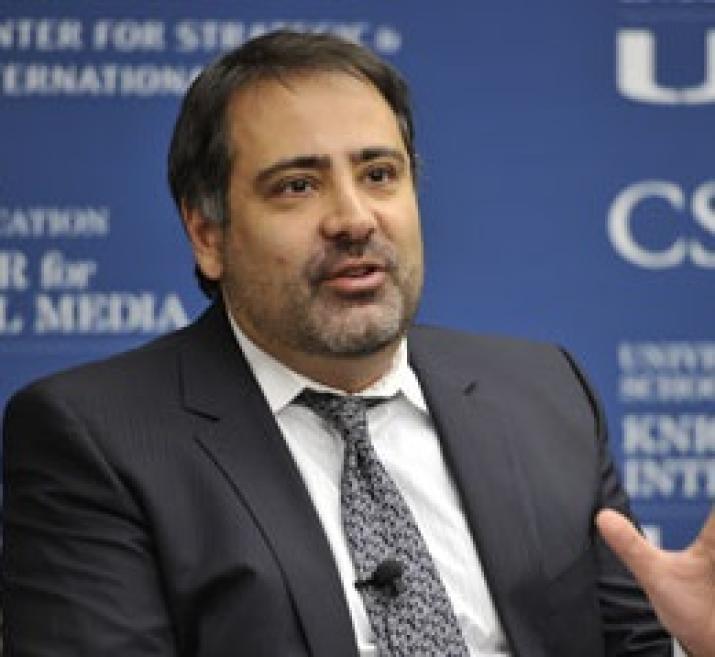 Duke Alum, Alex Dehgan, will return to Durham as a Visiting Senior Fellow starting today. Dehgan has worked on wildlife conservation and foreign policy in settings as diverse as Saddam Hussein's poolhouse in Iraq while under fire, in the western reaches of the Himalayans in post-conflict Afghanistan, the leech and predator-filled rainforests of southeastern Madagascar, Central & South America, the chaos of the collapsing halls of the Kremlin, former Soviet weapons labs in Central Asia, and the conservative and staid halls of the University of Chicago and the Field Museum of Natural History.  As a scientist, he has had the opportunity to work on an equally diversity of subjects ranging from predicting species extinction in lemurs, interspecies heart transplants, links between infectious diseases and forest fragmentation, and addressing development challenges around the world. He is now using his scientific acumen to rebuild ecosystems destroyed by man, and human societies destroyed by politics and war.

At Duke, Dehgan will be focused on three major initiatives: innovation and entrepreneurship, globalization, and the tropical biology initiative.  Dehgan mostly recently served as the Chief Scientist at the U.S. Agency for International Development (USAID), and founded and headed the Office of Science and Technology.  As the Agency’s first chief scientist in two decades, Dehgan implemented the President’s promise to restore science and technology to its rightful place within USAID. During his tenure at USAID, he has been the architect of a number of new Agency institutions, including the position of the chief scientist, the independent office of science and technology, the position of the Agency geographer, and the GeoCenter.

Dehgan holds a PhD and MSc from The University of Chicago’s Committee on Evolutionary Biology, where he focused on extinction and adaptation of 12 lemur species during environmental change in tropical forests in Madagascar. He also holds a JD from the University of California, Hastings, and a BS from Duke University. He was chosen as an “Icon of Science” by Seed Magazine in 2005, received the World Technology Award for Policy in 2011, and has been recognized through multiple awards from the Departments of State and Defense, and the US Agency for International Development. In 2013, AAAS selected Alex as one of its 40@40 fellows out of 2,600 AAAS Science Policy Fellows globally for its 40th Anniversary based on individuals who have made exemplary dedication to applying science to serve society, were creative, innovative, and collaborative problem solvers in addressing global challenges, and were uncommon ambassadors for the role of science and technology.

“Alex exemplifies Duke’s core strengths of interdisciplinarity, the combination of teaching and research, and a deep commitment to knowledge in the service of society,” noted Eve Duffy, Director of Programs and Initiatives, Office of Global Strategy and Programs. “We’re delighted to have him here at Duke and know that he will hit the ground running.”