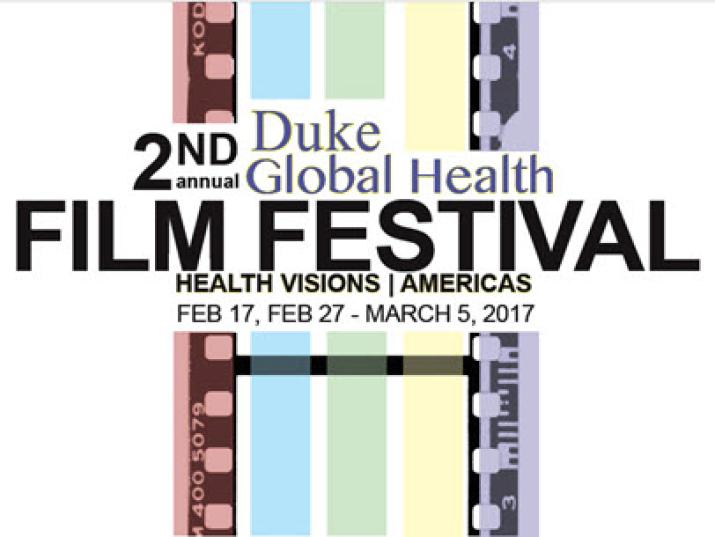 The second annual Duke Global Health Film Festival (DGHFF) kicked off on February 17, with “Yawar Mallku (Blood of the Condor),” by Bolivian filmmaker Jorge Sanjinés, and will continue from February 27 to March 5.

The second annual Duke Global Health Film Festival (DGHFF) kicked off on February 17, with “Yawar Mallku (Blood of the Condor),” by Bolivian filmmaker Jorge Sanjinés, and will continue from February 27 to March 5. The films—some documentary, some fictional—all center around women’s health throughout the Americas, focusing on topics ranging from Zika to migrant health.

The festival will screen nine films from seven countries. Many of the film screenings will also feature talks by the filmmakers, panel discussions and receptions. The festival will also include a competition of short films by students from Duke and the University of North Carolina at Chapel Hill.

The new Health Humanities Lab, one of the event sponsors, will also be celebrating its official opening with a reception on February 27 from 4:30 to 6pm in Trent Hall 037A.

Inspiration for Starting the Film Festival

Stewart and Edwards were inspired to bring this concept to Duke after attending the Global Health Film Festival initiated by the Bill & Melinda Gates Foundation, The Lancet, the Royal Society of Medicine and the London School of Hygiene and Tropical Medicine. DGHFF started with a grant from the Duke Africa Initiative and quickly gained support from the Duke Global Health Institute (DGHI), the Franklin Humanities Institute and many others.

“Global health is now moving to work with humanities in pursuing new ways to look at problems from not only academic dimensions, but also from the lived experiences of people,” said Miguel Rojas-Sotelo, special events coordinator with the Consortium for Latin American and Caribbean Studies and one of the event’s organizers. “Multidisciplinary collaboration is key in global health, and films can provide unique insight through the windows of the people involved, creating a bridge between stories and academia.”

This year, the program explores Zika, traditional medical practices, public health and human rights, and the impact of migration on health, specifically focusing on women’s lives in the Americas and the United States.

“We started the conversation with Zika not only because it’s a tropical infectious disease that has the potential to travel across continents, but because it directly affects women,” said Rojas-Sotelo. “This theme will not only touch on topics surrounding public health and women’s health, but also on women’s rights issues.”

“Community health in developing countries tends to affect women most, because often women are the ones who are really holding families together,” said Rojas-Sotelo. “This year’s film festival looks at how these women are impacted, and women’s health through a different perspective of film.”

The festival is divided into six sub-themes:

Both Rojas-Sotelo and DGHI affiliate and event co-organizer Bethzaida Fernandez hope that festival participants walk away realizing that health is not just a medical intervention, but a much more complicated interplay of the ways people relate to each other and the environment in which they live.

“I’m excited to introduce different films that represent the way in which health is viewed in other parts of the world, and get the audience and students familiar with other perspectives from which to discuss and to embrace issues of women’s health,” said Fernandez.

“It’s very important to realize that health goes beyond a medical diagnosis, and that we need to take a look at the determinants of health and the person as a whole,” she added. “I think this festival will inspire people to revisit our definition of health and what it means to be healthy.”

Kearsley Stewart added, “Films are a key component of global health—as an effective form of public health information for populations and practitioners alike, but also as a powerful witness to the conditions that shape the everyday life of people around the world struggling for well-being.”

This event is made possible through funding from: