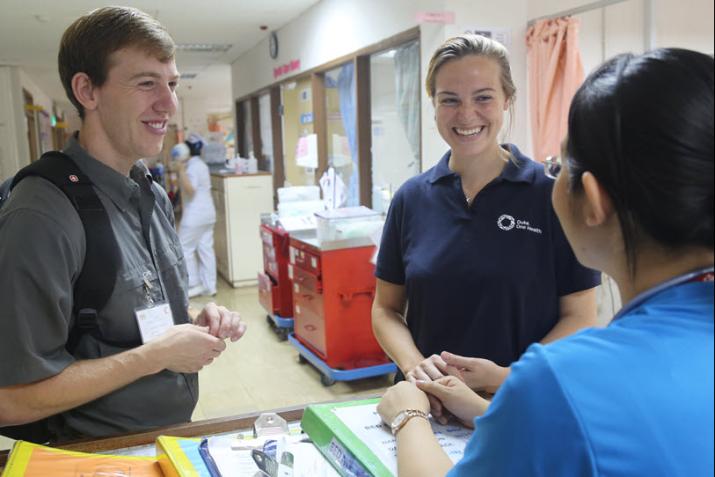 In recent years, Southeast Asia has surfaced as a “hotspot” for novel respiratory virus emergence due to dense populations of humans and domestic animals living in close proximity. The state of Sarawak in eastern Malaysia, where locals market and eat jungle products such as wild mammal meat, is one of these areas. This summer, six global health students traveled there to study viral pathogens and investigate their impact on humans.

The team partnered with Sibu Hospital, Kapit Hospital and Sarawak’s State Health Department in surveilling for influenza viruses, coronaviruses, adenoviruses and enteroviruses of human or animal origin. Their research took them to hospital wards, open markets, swine farms and a pork processing plant.

Their goal is to improve understanding of the factors contributing to the spread of respiratory illness, ultimately enhancing preparedness for and possibly preventing disease outbreaks.

Watch this video for a “day in the life” glimpse of the team’s summer fieldwork—hear from the students on the team and their Malaysian collaborators, and see them all in action.

Field research is an integral part of global health education, and this video provides a "day in the life" glimpse into the fascinating fieldwork of six global health students who traveled to Sarawak, Malaysia, this summer through the Bass Connections program at Duke University.

Field research is an integral part of...

The project was co-funded by DGHI, Bass Connections at Duke, Duke Kunshan University and Duke One Health. The video was produced by Jim Rogalski, director of video productions at the Duke Medical Alumni Association.