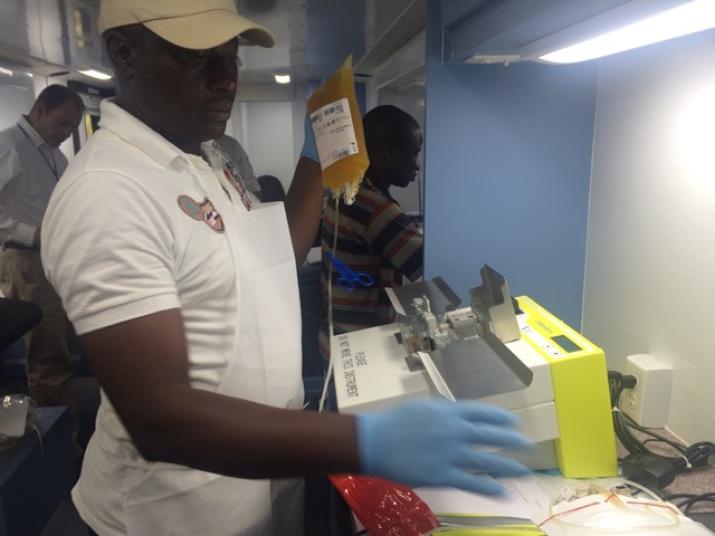 Conducting clinical trials on new therapies is challenging work on a normal day in the most favorable settings. Duke Global Health Institute (DGHI) professors Nathan Thielman and Coleen Cunningham took that work to an extreme by conducting a clinical trial of therapies to treat Ebola on the ground in Liberia and Sierra Leone in the midst of the massive disease outbreak in 2014. DGHI professor Chris Woods contributed to the project from Durham.

Despite encountering barriers—including the settings’ limited resources and Ebola’s high fatality rate, swift transmission through populations and grave risks for health care workers—the team learned a great deal that can be applied to conducting clinical trials amid future outbreaks.

Last week they and several collaborators published an article titled, “Ebola Clinical Trials: Five Lessons Learned and a Way Forward,” in Clinical Trials. They also published a companion article in the same issue titled, “A Response Adaptive Randomization Platform Trial for Efficient Evaluation of Ebola Virus Treatments: A Model for Pandemic Response” (see Lesson 4 below). Ralph Corey, global health professor and director of the Hubert-Yeargan Center for Global Health, was among the companion article’s co-authors.

The infrastructure needs of emergency responders and researchers are similar and the goal – to improve the outcome of those suffering from disease – is the same. Researchers should forge in-country collaborations with local stakeholders in the earliest stages of the outbreak and may find value in partnering with a humanitarian response organization.

That is why designated research teams should be deployed early in the epidemic to liaise with clinical responders. Trust must be built with local stakeholders and an important outcome will be enhanced local research capacity.

Lesson 3: Public health officials should coordinate with scientific leadership to direct resources toward the most credible research questions.

Clinical safety data and the potential for wide distribution are two critical considerations. Chaotic conditions on the ground can lead to undue influence from non-scientific corners and players, thus national public health officials and research leadership should be charged with oversight.

Lesson 4: A platform trial design is well suited to the setting of a high-fatality, dynamic outbreak.

This trial design offers greater flexibility, including the ability to add newly developed therapies during the trial or subtract those not proving to be effective, and presents the greatest likelihood of benefit to trial participants. Strong centralized public health and research leadership is critical.

Lesson 5: To advance therapeutics in the midst of an emerging outbreak, the research effort needs to be as bold and swift as the humanitarian response.

There are few certainties in life, but infectious disease outbreaks are among them. The work that DGHI colleagues did in Sierra Leone and Liberia during the 2014 Ebola outbreak taught them that it is imperative to assemble a rapidly deployable team of people with a multiple and complementary set of skills, provide them sufficient funding and have them at the ready for the next outbreak. They should take preparedness cues from U.S. National Guard units and Homeland Security.