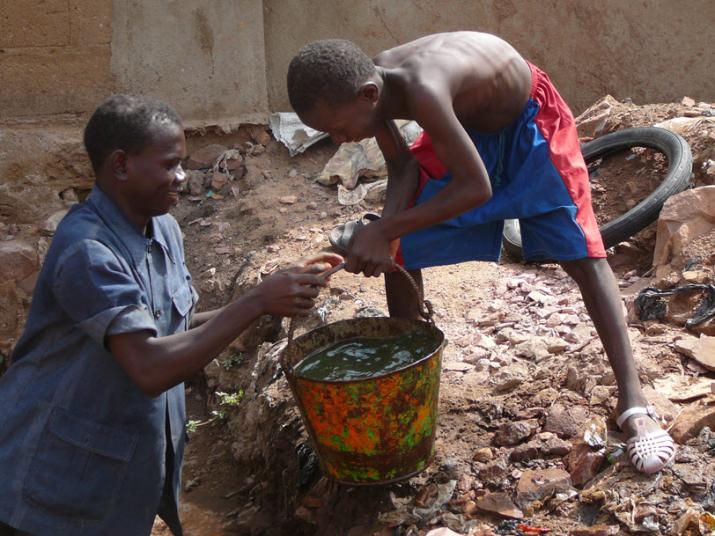 Pit latrines are the most common sanitation option in low-income countries. They’re simple to build and are relatively inexpensive but require periodic emptying, which can contaminate the surrounding environment.

Much is known about the health risks of oral exposure to fecal pathogens, but DGHI professor Marc Deshusses and PhD student Stewart Farling recently led the first study to examine risks these pathogens may pose when they become airborne during pit latrine emptying operations. Deshusses and his team collected bioaerosols around seven pit latrines before, during and after emptying in Blantyre, Malawi. They counted the number of bacteria in each sample and analyzed the collections for dangerous pathogens.

At most pit locations, the number of airborne bacteria increased once pit emptying activities began and returned to near-baseline levels thirty to sixty minutes after emptying operations ceased. Levels of E. coli and coliforms, two potentially harmful types of bacteria, also peaked during emptying. Further testing confirmed the presence of a diarrhea-causing microbe in the collected samples.

These results show that pit emptying can generate bioaerosols that could potentially be dangerous to sanitation workers or those in the vicinity of the latrines while they are being emptied.