Engineering a Revolution in Women's Health 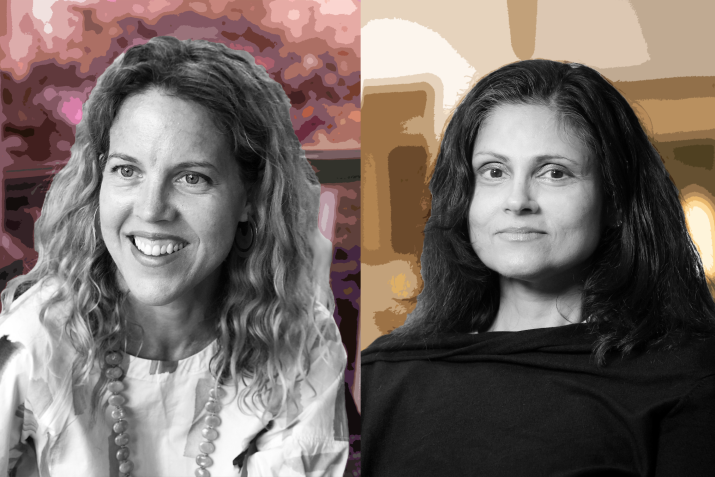 Many of the barriers that prevent women in low-income countries from seeking cervical cancer screening and care are tangible. Costs may be too high, or the clinic too far away. But the hardest obstacles to overcome are often invisible, fed by the shame and stigma many women feel about their reproductive health.

But what if cervical cancer prevention were designed around those women, rather than providers or health systems? That’s the bold idea behind Women-Inspired Strategies for Health (WISH), a project launched this year by DGHI professors Nimmi Ramanujam and Megan Huchko, along with their global collaborators.

“Just like with the birth control pill or the pregnancy test, there is an opportunity to allow women to reframe the solutions in their own terms,” says Ramanujam, a biomedical engineer who directs Duke’s Center for Global Women’s Health Technologies.

At the center of the WISH project are a pair of new tools designed by Ramanujam’s team, both of which offer promising alternatives to cumbersome and expensive colposcopes used in most cervical exams. One version is so simple women could use it to examine themselves at home, which Ramanujam says could greatly increase screening rates in low- and middle-income countries, where about 85 percent of cervical cancer deaths occur.

Ramanujam and Huchko are planning to scale up the technology in Peru and Kenya, where Huchko’s team at the Center for Global Reproductive Health has established the first screening site in the country’s rural western region. The project’s promise was recognized by the John D. and Catherine T. MacArthur Foundation, which chose it as one of the top 100 ideas in the 100&Change competition to solve a critical global social challenge.

At the same time, the researchers are aiming for the project to spark a revolution in the design of the technology central to women’s health – tools that, as Ramanujam notes, have mostly been designed by men. “We also hope that this process will spur greater demand and interest in technologies designed by women who best understand the needs of other women,” she says.