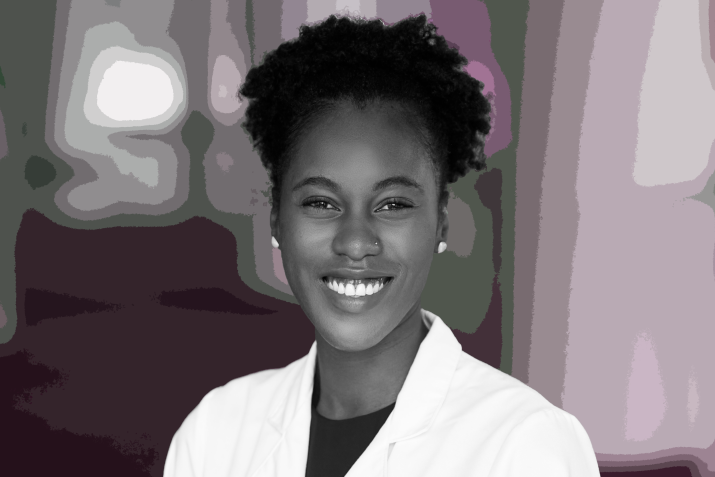 Just three months before a novel virus brought the world to a standstill, Amanda Farrell took in the chaotic cacophony of a live bird market in Hanoi, Vietnam, and worried about that exact scenario.

“Large markets like that can be breeding grounds for infectious diseases that end up harming people,” says Farrell, a Duke medical student who was in Vietnam as part of a research project on emerging zoonotic diseases. “We saw that with COVID-19, and it shows why we have to be out there doing surveillance.”

The opportunity to spend a year doing research is a unique facet of medical education at Duke, and for students like Farrell, it provides a route to gaining hands-on experience in global health. That’s important to Farrell, who was born on the Caribbean island of St. Vincent. When she was fifteen, a family member on the island died from an illness, and she wondered why the health system had failed to save her. “I knew then that I wanted to rectify that situation, no matter what career I chose,” she says.

During her second year of medical school, Farrell contacted DGHI about its global research program for medical students. She met with DGHI professor Gregory Gray, who was doing work throughout Southeast Asia to track and study emerging animal-borne diseases.

“We were trying to find evidence for novel influenza A and D viruses among swine herds in Vietnam,” says Gray. “Sometimes such novel viruses infect humans. If we found such novel viruses it could have led to new understandings regarding their risk of zoonotic infections.”

Farrell’s research did not detect influenza D in animals or farm workers, but in biosurveillance, negative results can be just as important as positive ones. The most lasting effect of her work, though, may be on her perspective.

Living and working in an unfamiliar culture “takes you out of your element. You’ve had to build connections from the ground up and bridge gaps to create a collaborative space,” she says. “You have to learn to be humble. And I think that’s the most empowering part of global health.”