Duke researchers have launched a new program to address poor health outcomes for LGBTQIA+ individuals in the U.S. and around the globe 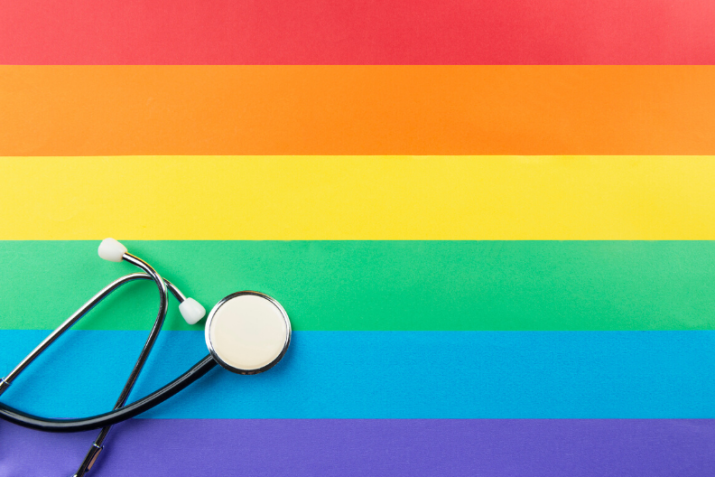 In Kenya, getting even the most routine medical care can be a traumatizing experience for those in the LGBTQIA+ community. While sitting in a clinic awaiting care, other patients, and even healthcare staff, may point, jeer and call attention to LGBTQIA+ patients.

But these types of interactions are not limited to a few cultures or countries. Almost everywhere around the globe, for those who are considered sexual and gender minorities (SGMs), finding accessible and high quality healthcare is fraught, and at times dangerous.

Kathryn Whetten, director of the Center for Health Policy and Inequalities Research at Duke’s Sanford School of Public Policy, says both anecdotes come from recent research conducted in low- and middle-income countries. The studies are aimed at examining health disparities among gender and sexual minorities. Looking at why serious gaps in quality of care and access to care exist for the LGBTQIA+ community in the U.S. and around the globe has been a central research focus for Whetten and her colleague Sara LeGrand, associate research professor in the Duke Global Health Institute.

They say poor health outcomes for sexual and gender minorities is one of the most pressing global health issues today and encompass almost all aspects of a person’s healthcare — from lack of clinician education on crucial LGBTQIA+-specific health needs to oppressive laws in some countries that put a person in danger if they’re “out” about their sexuality or gender identity.The two are leading the new Duke Sexual and Gender Minority Health Program, which officially launched in February with a day-long interdisciplinary symposium that brought together researchers, clinicians and members of the LGBTQIA+ community to discuss how healthcare conditions can improve for SGM individuals.

“Sexual and gender minorities experience stigma at significantly higher rates than other non-SGM folks out there, and we know that for various reasons, it is even more profound in the southern U.S. and ‘the global south,’” LeGrand says, adding that there has not been a high degree of research into the factors that are contributing to poorer health outcomes for members of this community.

Whetten and LeGrand conducted a pilot study in lower-income countries to see how feasible it would be to conduct a large cohort study of sexual and gender minority people in the future. So far, their work has been done in Kenya, Cambodia, Vietnam, Brazil, and El Salvador, and LeGrand says some of the stories that have been retrieved have been “harrowing.”

Beyond these efforts, LeGrand is also working on another study that looks at substance use and mental health interventions for transgender and gender non-binary people in the U.S. south. Issues such as how quality of housing and lack of employment opportunities compound substance use and mental health problems in these populations will be addressed.

One of the big challenges that comes up when doing research on health disparities among sexual and gender minorities is the fact that “LGBTQIA+” encompasses a diverse range of people. Studies in these populations need to be intersectional in nature, Whetten says. That means research needs to be sensitive to a person’s unique identity and needs. For example, a black transgender woman might be facing racism in addition to discrimination tied to her gender identity.

The majority of research funding in the SGM health field centers on HIV prevention and treatment with messaging focused solely around the experiences of men who have sex with men and transgender women, often ignoring people who might not fall in those populations.

“A lot of the funding is focused on HIV, an infectious disease focused on sexual activity and drug use, so you have this intense lens on one aspect of peoples’ lives and not the overall well-being of people,” Whetten says, explaining that SGM patients can get put in a box and viewed through the lens of their sex life when they go to the doctor.

LeGrand and Whetten both say it is frustrating that the global protocol for care of transgender women, for instance, almost exclusively centers on pre-exposure prophylaxis (PrEP) treatment, an effective HIV prevention.

“The response to that is, yes, just like your daughter or anyone else who is sexually active, they should be on it PrEP, but it reduces [the focus on] other health concerns,” Whetten says, explaining that a big part of changing the conversation is to engage directly with SGM communities.

Ashley Blewitt-Golsch, project coordinator for the Duke Sexual and Gender Minority Health Program, says the idea of community engagement was a key topic at the recent symposium at Duke.

“People in this space need to be inclusive to and affirming of people who find themselves stigmatized in healthcare,” Blewitt-Golsch says.

“We need to — in a very intensive way — be guided by the needs people in these communities identify,” LeGrand adds. “That will inform our program moving forward and research.”