How Some Asian Countries Beat Back COVID-19 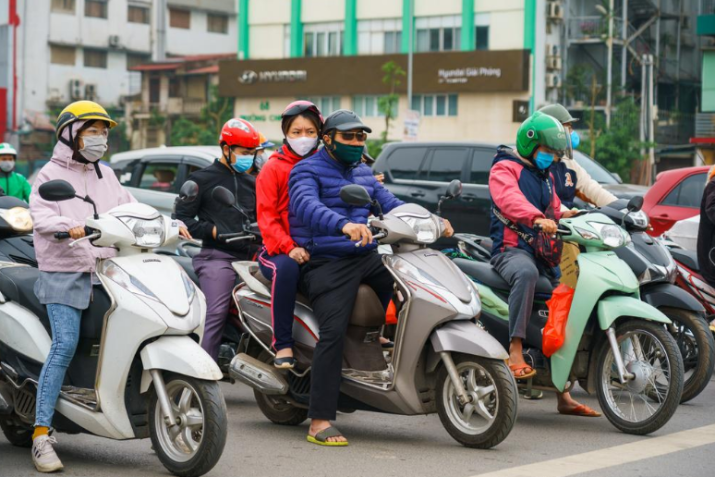 COVID-19 arrived in South Korea on Jan. 20, 2020, the same day the first case was confirmed in the United States. But by mid-March, while the disease continued to surge in the U.S., South Korea had already flattened its curve, reaching a low baseline of new cases it has been able to maintain ever since. As of early August, the country had experienced 14,519 COVID-19 cases and 303 deaths, a fraction of the numbers seen in the U.S. and many European countries.

South Korea’s story is no anomaly. Indeed, many of its neighbors in Southeast Asia — including Taiwan, Vietnam, Hong Kong, Singapore and Japan — have had similar success curbing the spread of COVID-19. Even mainland China, where the pandemic began, has reported only 88,549 cases and 4,680 deaths, less than one one-hundredth of the per-capita fatality rate in the U.S.

So what’s the secret to Asian countries’ ability to keep numbers low? One factor may be experience, says Shenglan Tang, a policy expert with the Duke Global Health Institute.

Tang and his team recently reviewed the strategies of seven Asian countries and regions that effectively controlled COVID-19 as part of a project for the World Bank. While the countries and regions employed different policies and varying degrees of social control to keep the virus in check, Tang did notice a common theme. All of the countries he evaluated had been hit by pandemics in this century, including SARS in 2003, H1N1 influenza in 2009 and MERS in 2015.

“We found that experience with previous pandemics has been critical to help these countries be better prepared to manage COVID-19,” says Tang, the Mary and James Semans Professor of Population Health Science at Duke.

The hard lessons of previous outbreaks readied Asian countries to act swiftly and decisively when COVID-19 emerged, Tang notes. Many already had strong legal and organizational structures in place to enable comprehensive, national-scale responses. And they acted quickly to ramp up health systems, in some instances before even a single COVID-19 case had been confirmed within their borders.

In South Korea, that meant investing heavily in testing and diagnostic capacity. The country built one of the world’s most comprehensive testing programs, which allowed its health system to identify and isolate cases quickly. Public health officials made innovative use of phone apps and digital technology to aid contact tracing, a strategy that also worked well in mainland China, Hong Kong, Vietnam and Taiwan.

Not all of the countries followed the same path. While mainland China, Hong Kong and Vietnam used aggressive lockdowns, border closures and other social control measures to contain the virus, South Korea and Japan adopted less restrictive policies, relying more on self-isolation, social distancing and face masks to reduce community transmission. Singapore initially avoided strict measures, but shifted to tighter restrictions when a second wave of cases hit in April. Japan also eschewed use of personal data in contact tracing, reflecting the region’s differing expectations of privacy and government intrusion.

Yet all of these strategies have proved effective. With its less stringent approach and the world’s most elderly population, Japan has fared worst among the nations studied, suffering 1,056 deaths, or about 8.3 per million residents. But that figure still ranks among the lowest fatality rates globally. And so do statistics in Hong Kong (7.7 deaths per million residents), South Korea (6.0), Singapore (4.6), China (3.3) and Taiwan (0.3). Vietnam, with a population of 96 million, has recorded only 16 deaths from COVID-19.

Asia’s across-the-board success demonstrates there are multiple paths to combatting the virus, says Tang. “We don’t think there is a recipe for controlling COVID-19. Countries took different approaches based on their epidemiological, political, socioeconomic and cultural contexts,” he notes.

As important as what Asian countries and regions did to respond to COVID-19, though, was how they did it. Tang says all of the countries he studied acted swiftly and centrally, with a high degree of coordination among national, regional and local officials. Communication from public health officials and political leadership tended to be clear and consistent, reducing confusion and bolstering trust. Such efforts at transparency may explain why people in Asia have generally been more accepting of social distancing and face mask mandates.

But experience matters here, as well. Living through the emergence and control of pathogens like SARS and MERS has strengthened cultural norms around protections such as face masks and social distancing, Tang says. Face masks are nearly universal in public spaces in Japan even though the country never issued a mandate to wear them, he adds.

“What we have found is that people in most of our study countries and regions in Asia were better able to take advice and guidelines on face masks, social distancing and self-isolation than their counterparts in Europe and the U.S.,” Tang says. “We’ve certainly seen that illustrated in the past few months.”