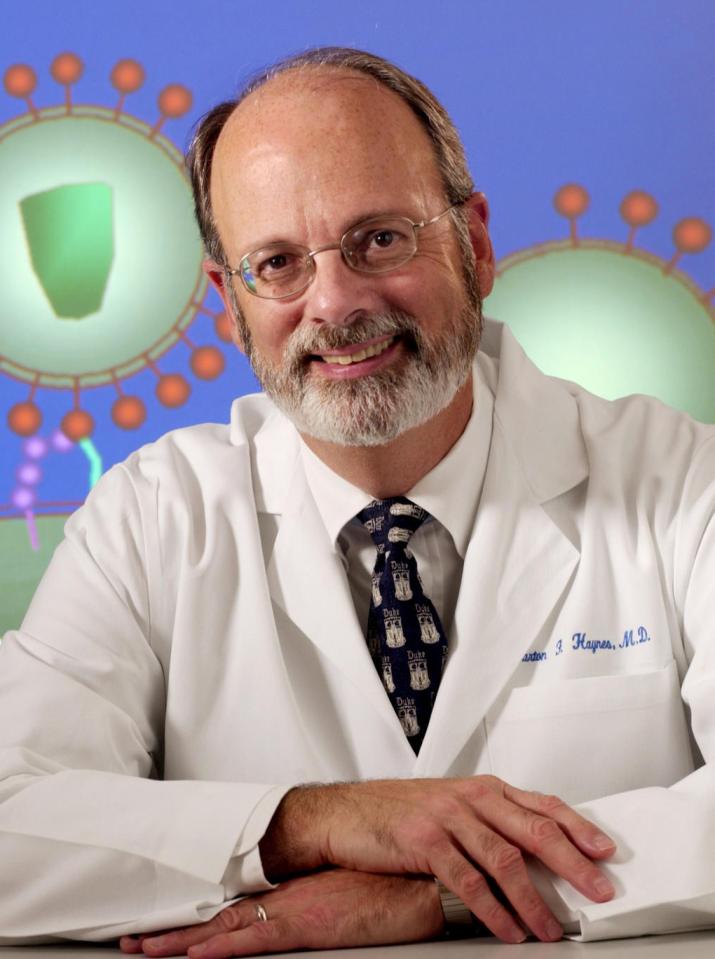 Two global research organizations dedicated to designing a vaccine against HIV – the International AIDS Vaccine Initiative (IAVI), and the Center for HIV/AIDS Vaccine Immunology (CHAVI) – have signed an agreement to work together to address major biological questions that have slowed development of a safe, effective and affordable AIDS vaccine.

“Solving the HIV vaccine puzzle is a scientific challenge that can only be solved through fundamental and applied research, collaboration and transparency. The work that will be done by IAVI, CHAVI and their networks of partners will rapidly enhance our understanding of HIV and help lay the groundwork for new vaccine approaches,” says Dr. Barton Haynes, CHAVI director and professor of medicine at Duke University Medical Center.

There are approximately 33 million people around the world living with HIV, the virus that causes AIDS. Scientists have tested multiple vaccine candidates in early phase trials, but only two have been fully tested in efficacy trials and neither has been found effective in preventing HIV infection or lowering the viral load in patients who subsequently encountered HIV and became infected.

“We are committed to the discovery of an effective vaccine, particularly for regions hardest hit by the epidemic,” says Dr. Wayne Koff, senior vice president of research and development at IAVI. “We are hoping that the synergy of shared investigation will yield insight into novel solutions that will advance AIDS vaccine discovery.”

The shared CHAVI/IAVI research mission will focus on four key areas that will help inform the design of new and improved vaccine candidates:
• Identification and full-length genetic sequencing of newly transmitted viruses
• Clarifying the impact of human genetics on the control of HIV infection
• Collaborative immunological studies that could shed light on why some people who are exposed to HIV do not develop AIDS
• Development of standardized methods to sample tissues from mucosal surfaces in the body, where HIV initially establishes infection.

Investigators supported by both organizations are especially interested in further understanding what happens in the very earliest post-infection stage of HIV infection, especially within the body’s T cells, a class of white blood cells that normally fight off foreign invaders like bacteria and viruses. One of the goals of this work will be to identify any genetic variations linked to the strength of the immune response at the site of initial infection. CHAVI and IAVI hope that by sharing samples, reagents, databases and laboratories and by launching parallel studies, they will be able to speed up discoveries about this critical phase of the disease.

Each partner to the agreement will contribute unique resources. For example, CHAVI supports high-throughput sequencing technology that can reveal tiny mutations in the ever-changing virus, but which require large numbers of HIV samples in order to identify variations that are meaningful. Through its network of clinical research centers and immunological laboratories around the world, IAVI and its partners have developed a number of tests to evaluate human immune responses to HIV and to potential vaccine candidates, information that can help researchers refine and improve any candidate that shows promise. By pooling technologies, protocols and access to samples, the IAVI/CHAVI collaboration aims to extract maximum information to help accelerate the development of a safe and effective AIDS vaccine.

“As an African clinical investigator and the leader of the scientific steering committee that oversees the IAVI-supported study of acute HIV infection, I am pleased to be collaborating with IAVI and CHAVI. It is critical to investigate the influence of genetic diversity of HIV as well as the variety of human immune responses to HIV among populations that are hardest hit by the epidemic,” said Dr. Pontiano Kaleebu, assistant director and a Principal Investigator at the Uganda Virus Research Institute.

“Now, more than ever, we need to understand the complexities of HIV and the genes that control the human immune response to it,” says Dr. Alan Bernstein, recently appointed as the first executive director of the Global HIV/AIDS Vaccine Enterprise. The Enterprise was established to accelerate development of a safe and effective HIV vaccine through encouraging collaboration within the HIV vaccine research field. “This new collaboration holds great promise in accelerating our basic understanding of HIV and will form the necessary underpinnings needed to develop a vaccine,” Bernstein added.
# # #

Established in 2005 by the National Institute of Allergy and Infectious Diseases, CHAVI, headquartered at Duke University, is an international consortium of 70 investigators at 37 institutions working to overcome major roadblocks in HIV vaccine development.

The International AIDS Vaccine Initiative is a global not-for-profit organization whose mission is to ensure the development of safe, effective, accessible, preventive HIV vaccines for use throughout the world. Founded in 1996 and operational in 24 countries, IAVI and its network of collaborators research and develop vaccine candidates. IAVI’s financial and in-kind supporters include the Alfred P. Sloan Foundation, the Bill & Melinda Gates Foundation, the Foundation for the National Institutes of Health, The John D. Evans Foundation, The New York Community Trust, the James B. Pendleton Charitable Trust, The Rockefeller Foundation, The William and Flora Hewlett Foundation; the Governments of Canada, Denmark, Ireland, The Netherlands, Norway, Spain, Sweden, the United Kingdom, and the United States, the Basque Autonomous Government as well as the European Union; multilateral organizations such as The World Bank; corporate donors including BD (Becton, Dickinson & Co.), Bristol-Myers Squibb, Continental Airlines, Google Inc., Henry Schein, Inc., Merck & Co., Inc. and Pfizer Inc; leading AIDS charities such as Broadway Cares/Equity Fights AIDS and Until There’s A Cure Foundation; other private donors such as The Haas Trusts; and many generous individuals from around the world. For more information, see http://www.iavi.org.