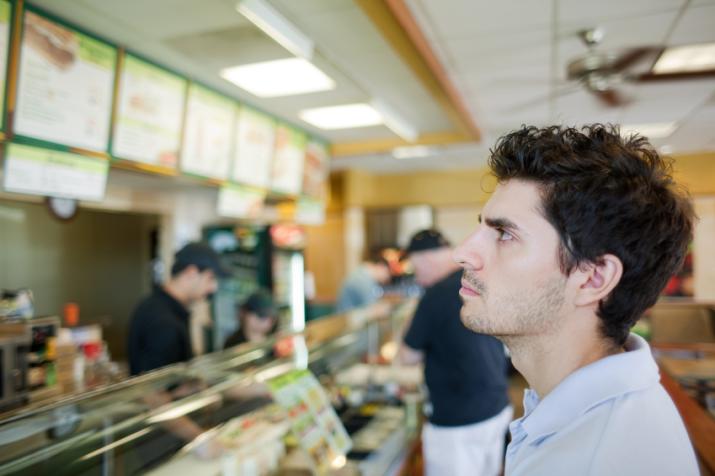 An effort in King County, Washington, to add nutrition facts labeling to fast food menus had no effect on consumer behavior in its first year.

As part of a comprehensive effort to stem the rise in obesity, the county, which includes Seattle and environs, imposed a mandatory menu labeling regulation on all restaurant chains with 15 or more locations beginning in January 2009. Restaurants had to disclose calorie information at the point of purchase.

Researchers from Duke-National University of Singapore (NUS) Graduate Medical School and the public health department of Seattle and King County found, in the 13 months after the legislation went into effect, food-purchasing behavior at the Taco Time locations in King County was identical to that in Taco Time locations where menu boards remained unchanged.

The total number of sales and average calories per transaction were unaffected by the menu labeling.

“Given the results of prior studies, we had expected the results to be small, but we were surprised that we could not detect even the slightest hint of changes in purchasing behavior as a result of the legislation,” said lead author Eric Finkelstein, associate research professor of health services and global health at Duke-NUS and the Duke Global Health Institute. “The results suggest that mandatory menu labeling, unless combined with other interventions, may be unlikely to significantly influence the obesity epidemic.”

As part of health care reform, the federal government has plans for a nationwide launch of mandatory nutrition information at the point of purchase for fast-food chains with 20 or more outlets.

“However, it may be that detailed nutritional information is not the best way to convey the health content of fast foods,” said co-author Kiersten Strombotne of Duke-NUS. “For example, if you know a store offers diet and regular soda, does showing how many calories are in regular soda really offer any relevant information? Those who want a lower calorie drink already know to drink the diet soda.”

Finkelstein said that the lack of effects at Taco Time may be because the restaurant was already identifying the healthier options via “Healthy Highlights” logos on the menu board before the legislation went into effect.

“A simple logo identifying which foods are healthiest may be all it takes to convey that information to those consumers who wish to choose a healthier alternative,” Finkelstein said. “The additional information appears not to have made a difference.”

Finkelstein pointed out that the obesity epidemic continued to increase after the nutrition facts panel was required nationally for pre-packaged foods.