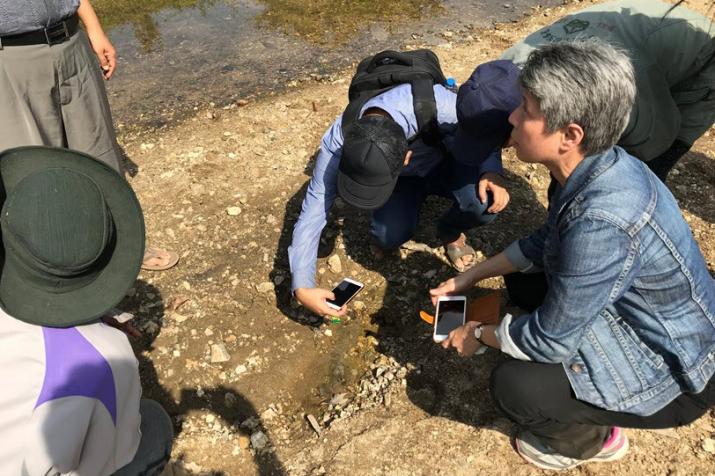 More than 115,000 people in Myanmar contract malaria each year, among the highest rates in Southeast Asia. And while that number has declined significantly in the past decade, Myanmar and its neighboring countries have a nasty history of birthing new forms of the parasite that defy treatment. In the past few years, studies have shown parasites in the region are growing increasingly resistant to artemisinin, the most effective drug against malaria, igniting fears that the disease may be gearing up for a comeback in Southeast Asia.

Myaing Myaing Nyunt, who joined the Duke faculty as an associate professor of medicine and global health in 2018, sees an urgency to eradicating malaria in her native country. She’s been working toward that goal since 2010, when she returned to Myanmar as an assistant professor with the Johns Hopkins University School of Medicine. The research program she leads there has earned the designation of one of NIH’s International Centers of Excellence for Malaria Research, but the team’s work is also notable for its emphasis on building common ground among disparate and often contentious factions within Myanmar, groups that have long histories of suspicion and confrontation.

Check out our new multimedia feature, “Malaria Diplomacy,” to learn more about Nyunt’s research—and the challenges and rewards of forging unlikely partnerships in Myanmar.

Click on the image to view the multimedia feature.