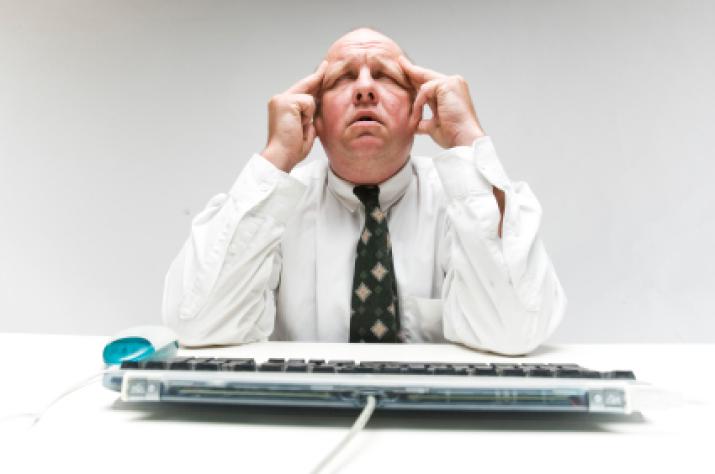 The cost of obesity among U.S. full-time employees is estimated to be $73.1 billion, according to a new study by a Duke University obesity researcher, published today in the Journal of Occupational and Environmental Medicine.

This is the first study to quantify the total value of lost job productivity as a result of health problems - a phenomenon called presenteeism - which is more costly than medical expenditures and absenteeism.

Led by Eric Finkelstein, deputy director for health services and systems research at Duke-National University of Singapore, the study quantified the per capita cost of obesity among full-time workers by considering three factors: employee medical expenditures, lost productivity on the job due to health problems (presenteeism), and absence from work (absenteeism).

Collectively, the per capita costs of obesity are as high as $16,900 for obese women with a body mass index (BMI) over 40 (roughly 100 pounds overweight) and $15,500 for obese men in the same BMI class. Presenteeism makes up the largest share of those costs. Finkelstein found that presenteeism accounted for as much as 56 percent of the total cost of obesity for women, and 68 percent for men. Even among those in the normal weight range, the value of lost productivity due to health problems far exceeded the medical costs.

As part of this secondary analysis of the 2006 Medical Expenditure Panel Survey and the 2008 US National Health and Wellness Survey, presenteeism was measured and monetized as the lost time between arriving at work and starting work on days when the employee is not feeling well, and the average frequency of losing concentration, repeating a job, working more slowly than usual, feeling fatigued at work, and doing nothing at work. The study included data on individuals who are normal weight, overweight and obese, with sub-groupings based on BMI.

“Much work has already shown the high costs of obesity in medical expenditures and absenteeism, but our findings are the first to measure the incremental costs of presenteeism for obese individuals separately by BMI class and gender among full time employees,” said Finkelstein, also associate research professor of global health at the Duke Global Health Institute. “Given that employers shoulder much of the costs of obesity among employees, these findings point to the need to identify cost-effective strategies that employers can offer to reduce obesity rates and costs for employees and families.”

When all costs of obesity are combined, individuals with a body mass index greater than 35 (grades II and III obese) disproportionately account for 61 percent of the costs, yet they only represent 37 percent of the obese population. “The disproportionately high per capita and total cost of grade II and grade III obesity is particularly concerning given that these BMI ranges are the fastest-growing subset of the obese population,” said Marco daCosta DiBonaventura of Kantar Health, a co-author of the study.

With a burgeoning obese population in the U.S., the study has important implications for employers, as they are faced with increasing costs to insure full-time workers.

“Our study provides evidence of yet another cost of obesity,” said Finkelstein. “Employers should consider both the medical and productivity costs of obesity when thinking about investments in weight management or other wellness programs.”

Finkelstein recommends that employers promote healthy foods in the workplace, encourage a culture of wellness from the CEO on down, and provide economic and other incentives to those employees who show clear signs of improving their health via weight loss, maintaining a healthy weight, and/or participation in health behavior activities that have a strong correlation with health improvements, such as walk-a-thons or gym attendance.

The study was supported with funding from Allergan, Inc. Other researchers involved in the study include Marco daCosta DiBonaventura, Somali M. Burgess and Brent C. Hale.