One and Done: New Antibiotic Could Provide Single-Dose Option 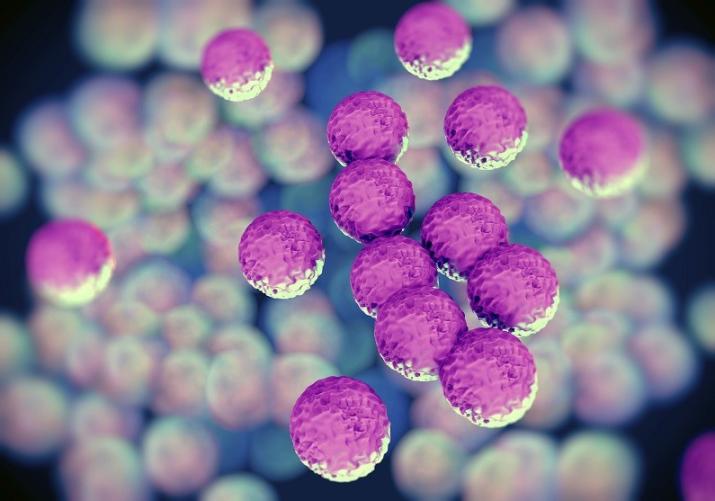 In the battle against stubborn skin infections, including methicillin-resistant Staphylococcus aureus (MRSA), a new single-dose antibiotic is as effective as a twice-daily infusion given for up to 10 days, according to a large study led by Duke Medicine researchers.

Researchers said the advantage of the new drug, oritavancin, is its potential to curtail what has been a key driver of antibiotic resistance: a tendency for patients to stop taking antibiotics once they feel better. In such instances, the surviving bacteria may become impervious to the drugs designed to fight them.

“The prolonged activity is what makes oritavancin distinctive,” said G. Ralph Corey, MD, lead author of the study published today in the New England Journal of Medicine (NEJM). “This drug has a long half-life, which allows for a single-dose treatment.”

Corey, a professor of medicine and infectious diseases who also directs the Hubert-Yeargan Center for Global Health and is a faculty member at the Duke Global Health Institute, led a three-year study of oritavancin that encompassed two large clinical trials enrolling nearly 2,000 patients. Findings from the trials will be presented to the U.S. Food and Drug Administration as part of the drug’s approval application.

Results reported in the NEJM are for the first of the two clinical trials, which included 475 patients randomized to take the investigational drug, and 479 patients following a typical regimen of vancomycin, including two infusions a day, for seven to 10 days.

Researchers found that the single intravenous dose of oritavancin was as effective as vancomycin in shrinking the size of the lesion and reducing fever. Both were also similar in rates of requiring a rescue antibiotic.

The new antibiotic also performed similarly to vancomycin in reducing the area of the wound by 20 percent or more within the first 48-72 hours of treatment, and in curing the patients of infection, including those infected with MRSA.

“Having a single-dose drug could potentially prevent hospitalizations or reduce the amount of time patients would spend in the hospital,” Corey said.

The original article was posted on Duke Medicine