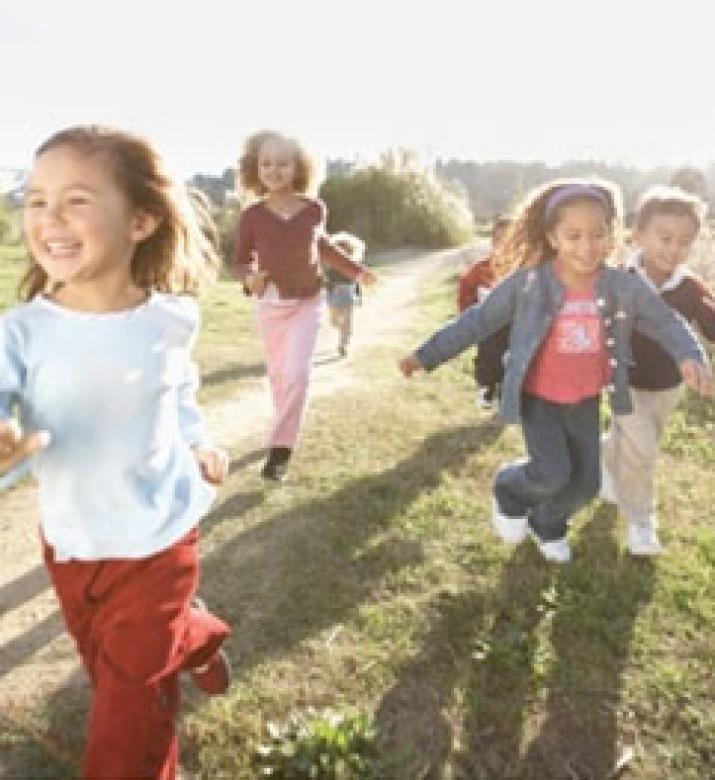 Kids whose moms encourage them to exercise and eat well, and model those healthy behaviors themselves, are more likely to be active and healthy eaters, according to researchers at Duke Medicine and the Duke Global Health Institute.

Their findings, published online in the International Journal of Obesity on June 18, 2013, remind parents that they are role models for their children, and underscore the importance of parental policies promoting physical activity and healthy eating.

Exercise and healthy diets are critical in fighting childhood obesity, a considerable problem in the United States, where over a quarter of kids ages two to five are already overweight or obese.

“Obesity is a complex phenomenon, which is influenced by individual biological factors and behaviors,” said study author Truls Østbye, M.D., PhD, professor of community and family medicine and global health at Duke. “But there are variations in obesity from one society to another and from one environment to another, so there is clearly something in the environment that strongly influences the obesity epidemic.”

The home environment and parenting can influence a child’s health by shaping dietary and physical behaviors, such as providing access to fruits and vegetables or encouraging kids to play outside.

“The 'obesiogenic’ environment is broad and multi-faceted, including the physical neighborhood environment, media and advertising, and food tax policies, but we feel that the home environment is critical, particularly among children. However, we didn’t have a lot of evidence as to how important this was,” Østbye said.

In this study, Østbye and his colleagues examined the relationship between the home environment and behaviors related to obesity – dietary and exercise habits – among preschoolers.

The researchers studied data from 190 kids, ages two to five, whose mothers were overweight or obese. They collected information on the children’s food intake over the past week, with foods rated as junk food or healthy food. To gauge their levels of physical activity, the children wore accelerometers for a week, which measured moderate to vigorous physical activity as well as sedentary time.

The mothers reported information about their children’s environments, including family policies around food and physical activity, accessibility of healthy versus junk foods, availability of physical activity equipment, and whether they model healthy eating or exercise for their kids.

When they analyzed the data, the researchers found significant associations between these environmental measures and the preschoolers’ physical activity and healthy versus junk food intake. They concluded that to promote healthy behaviors in children, a healthy home environment and parental role modeling are important.

For example, limiting access to junk foods at home and parental policies supporting family meals increased the amount of healthy foods kids ate. Overall, the home environment had more influence on the children’s dietary habits than on their physical activity levels.

This study reminds parents that their children are watching and learning from observing their behaviors, both good and bad.

“It’s hard for parents to change their behaviors, but not only is this important for you and your own health; it is also important for your children because you are a role model for them,” said Marissa Stroo, a co-investigator on the study. “This might be common sense, but now we have some evidence to support this.”

The researchers also looked at socioeconomic factors of the mothers, including their education levels and whether they worked, to see if this had an effect on the children’s behaviors. The mother’s socioeconomic factors did not affect their kids’ physical activity, but had mixed results when it came to their dietary habits.

Further research is needed to better understand how a mother’s socioeconomic factors influence her child’s health, but it is possible that different strategies may be needed to prevent obesity in children depending on a mother’s education and work status. More research is also necessary to see if the influence of the home environment changes as children get older, and if parenting strategies should adapt accordingly.

In addition to Østbye and Stroo, study authors at Duke include Bernard Fuemmeler in the Department of Community and Family Medicine, Rebecca Brouwer at Duke Global Health Institute, and Nancy Zucker in the Department of Psychiatry and Behavioral Sciences. Rahul Malhotra of the Duke-National University of Singapore Graduate Medical School and Cheryl Lovelady of the University of North Carolina at Greensboro also contributed to this research.