Peru's State of Emergency Is Over: Now What? 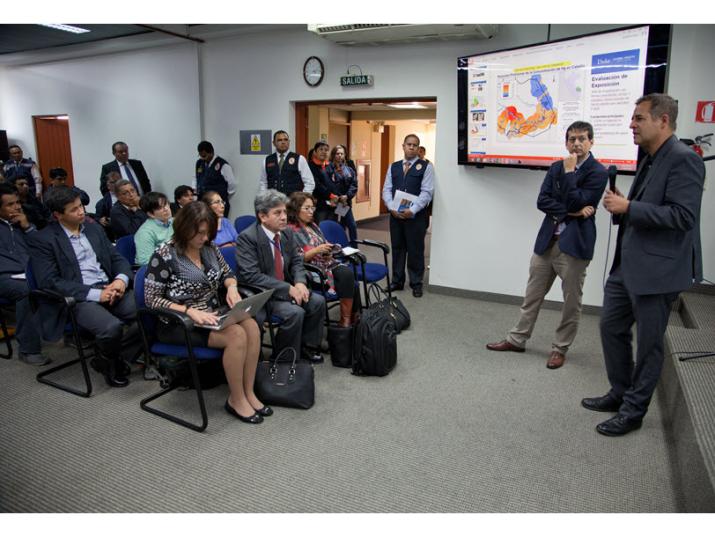 DGHI researcher Ernesto Ortiz (second from right) listens as Luis Fernandez from the Carnegie Institute speaks during a Ministry of Health briefing on the state of emergency this summer.

The publication of DGHI research about the health effects caused by mercury exposure resulting from gold mining along the Madre de Dios River prompted the Peruvian government to declare a state of emergency in the region (see original story).

In the six months since that declaration, little official action has been taken, though the Minister of Health is committed to working with DGHI research teams to examine possible interventions. William Pan, assistant professor of global environmental health, colleagues and students have proposed conducting an education campaign about the risks associated with mercury exposure and how to avoid them.

In addition, Pan and his colleagues are looking to assemble baskets containing food with high anti-oxidant properties and distribute them to the local population. Foods rich in anti-oxidants have been shown to repair cells damaged by mercury and might be effective in reducing mercury levels in the population.

“It is our hope that these interventions will empower the local people to take charge of their health,” said Pan.