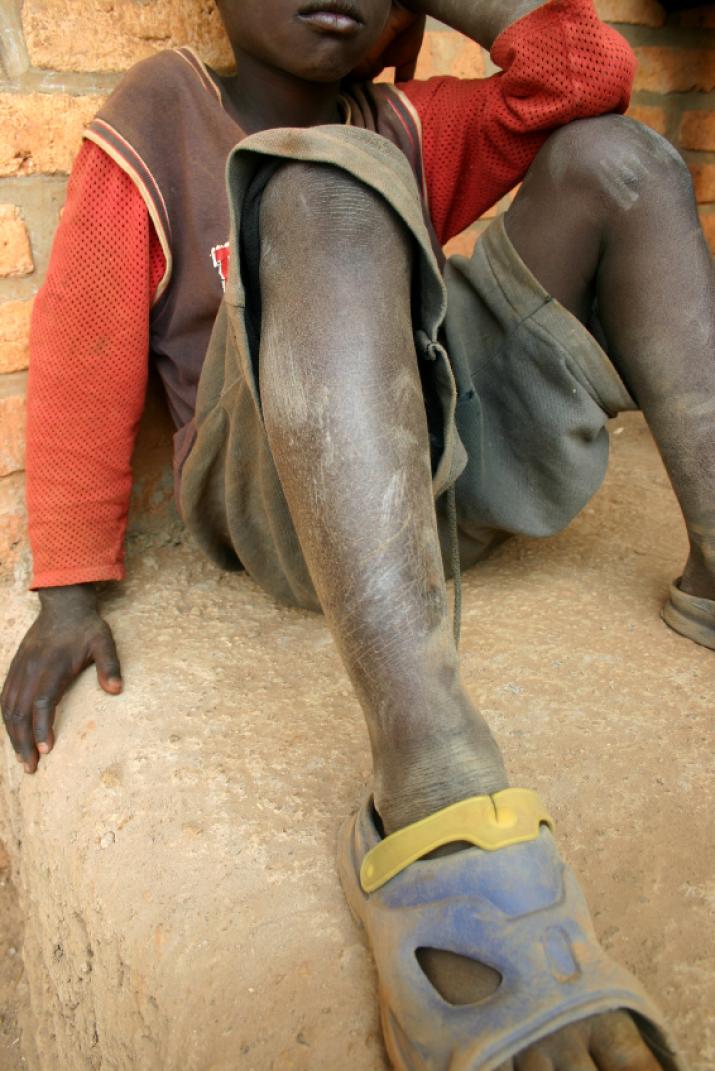 A new study by Duke University researchers calls for increased support, protection and appropriate mental health services for orphaned and abandoned children on a global scale.

Published in the Journal of Traumatic Stress today, the study of more than 1,200 orphaned and abandoned children across five low- and middle-income countries is one of the first to identify and quantify violence, physical and sexual abuse as other potentially traumatic events endured by orphans, after having lost one or both parents.

Led by Kathryn Whetten, director of the Center for Health Policy and Inequalities Research at the Duke Global Health Institute, the study shows that 98 percent of the orphaned and abandoned children surveyed had experienced more potentially traumatic events than “simply” the loss of their parent, with more than half experiencing four or more such events.

Children reported such traumatic events as physical and/or sexual abuse, the death of other family members and witnessing family violence. The study found increased traumatic events during childhood were linked to statistically significant increases in anxiety and emotional and behavioral difficulties that can last into adulthood and result in poor performance in school.

Researchers suggest that further traumatic events could be averted with early and community-wide interventions and mental health care. The study indicates children and caregivers are willing to discuss these events with trained interviewers.

Authors of the paper point to the need for protection policies and development of coping skills for both girls and boys, since their data shows young boys are just as vulnerable as girls for experiencing all forms of traumatic events, including abuse. Children who have lost both parents are considered most vulnerable and appear to be most negatively affected by repeated exposure to potentially traumatic events.

With an estimated 150 million orphaned and abandoned children worldwide, these research findings are particularly relevant for ensuring this group’s overall long-term health and well-being.

“We know that increased rates of childhood abuse result in increased substance abuse and high risk sexual activity later in life,” Whetten said. “If this occurs within the population of orphaned and abandoned children, it will result in a very large cohort of children who will be at a higher risk for contracting HIV/AIDS and other sexually-transmitted diseases, and reduced health promotion activities. “So, our study has important policy implications for clearly laying out the needs of orphaned and abandoned children early, before the situation escalates in adulthood.”

A recent conference hosted by the United State Agency for International Development (USAID) and the President’s Emergency Plan for AIDS Relief (PEPFAR) stressed the need for orphaned and abandoned children to be cared for in family settings around the world. The conference also recognized that social welfare and child protection organizations in low- and middle-income countries are poorly funded and not well-respected.

“It is clear that food, water, shelter, educational support and health care services are necessary, but that’s not sufficient for the orphan population. The well-being of these children depends on their physical and emotional safety, and they need protection,” Whetten said.
“Sustainable national social service systems and others social service agencies need to be strengthened to be able to ensure that orphaned and abandoned children are able to live in safe environments. While we have done much to strengthen health care systems and it is a continued focus with broad-based support, we must not neglect protective systems.”

The study is part of the Positive Outcomes for Orphans (POFO) study being conducted in Cambodia, India, Ethiopia, Kenya and Tanzania. Other Duke researchers, working alongside POFO research teams in each country include Jan Ostermann, Rachel Whetten, Karen O’Donnell and Nathan Thielman.

For more information on the study, the POFO research teams in each region, and other publications, visit the POFO website.