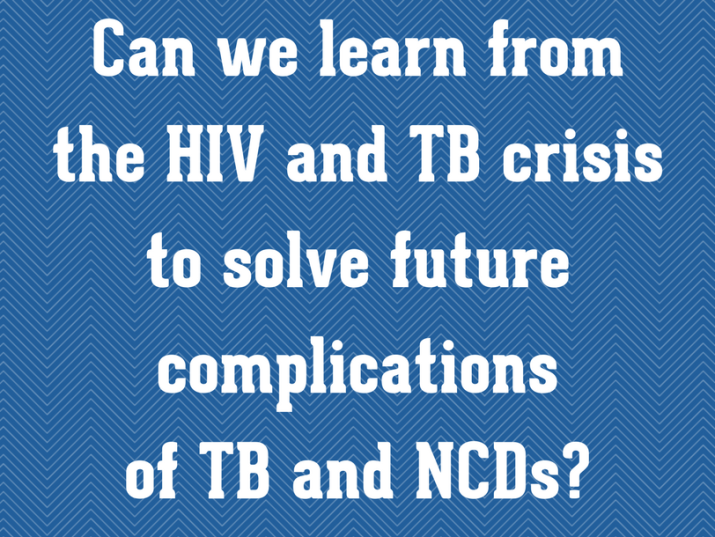 In an era when the mortality rate of non-communicable diseases (NCDs), which are non-infectious and non-transmissible, exceeds that of communicable diseases and the second leading cause of death in Africa is cardiovascular disease, it seems inevitable that patients will be afflicted with the dual disease burden of tuberculosis (TB) and some NCD (whether it be cardiovascular disease, diabetes, cancer, etc.).

TB rates are the highest in Southeast Asia and Africa, regions where poverty is abundant. Do the countries with a high prevalence of TB have the infrastructure necessary to handle both epidemics of TB and NCDs? The review in the 2013 Lancet Infectious Disease journal addresses this problem and calls for the need for further integration of TB care into the management of NCDs and increased funding for these initiatives.

In this post, we explore the comorbidity (the simultaneous presence of two or more chronic illnesses) of tuberculosis and NCDs before considering some initiatives to combat the effects of this comorbidity.

What lessons can we draw from addressing TB/HIV comorbidity?

In a presentation last fall, by Dr. John Bartlett, associate director of research at DGHI, introduced us to the human immunodeficiency virus (HIV) and TB health crisis. Researchers and clinicians are fiercely battling to decrease the spread of TB in HIV patients, but many predict that another looming issue could be equally burdensome. It is estimated that 472 million people worldwide will have diabetes by 2030, and an alarming 80 percent of those cases will be in low and middle income countries. These are also the countries where we will see the most TB infections.

The impact of diabetes, an NCD, on TB will be enormous because diabetes triples a person’s risk of developing active TB. Unfortunately for patients who acquire both illnesses, the interaction between TB and diabetes negatively exacerbates the symptoms of the other. Many specialists are drawing parallels between the rapid growth of comorbid HIV with TB and comorbid diabetes with TB, noting how unprepared the healthcare system is to manage these cases, especially in resource-poor settings. Is it possible to learn from the HIV and TB crisis to solve future complications of TB and NCDs? We think so; perhaps it is time to address the fissure between the studies of different illnesses.

The lack of interaction between institutions combatting tuberculosis and those focusing on NCDs stems from a more systemic issue. The arbitrary separation of communicable disease from NCD was noted by Philip Sartwell more than 50 years ago. Even in our own cohort, people identify themselves as being interested in mental health, infectious disease control, maternal and child health, etc. Although well-intended, this separation of focus areas means that often screening, treatment, and further control measures are not concerted efforts. Resources are not being used efficiently because policies and healthcare initiatives are tailored for either communicable or non-communicable diseases.

We learned as early as the first few weeks in our program how essential interdisciplinary collaboration is for effectively reducing morbidity and mortality. When applied to the current situation in low and middle income countries, a few potential solutions arise:

These recommendations form the basic framework for addressing the growing concern for dual burdens of disease.