In a new paper in Advanced Genetics, Dr. Charmaine Royal and colleagues say an array of factors — including environmental and social conditions — shape the course of illness.

Sickle cell disease can be a devastating illness, says Charmaine Royal, who has studied the condition for more than two decades.

Caused by a variation in a gene or genes that a person inherits from their parents, the blood disorder can lead to severe chronic pain, organ damage, and increase the risk of infections. In places like the U.S., babies are screened for it at birth because doctors now know that early diagnosis can reduce life-threatening infections in early childhood.

Since it’s viewed as a genetic disease, scientists typically look at it from a straightforward, clinical perspective, says Royal, professor of African & African American studies, biology, global health, and family medicine and community health at Duke.

But that's the catch.

“It's a lot more complex than that,” Royal says, explaining that there are social and environmental factors surrounding the illness that should receive their due.

Royal's newly-published article in Advanced Genetics — with colleagues from Duke, the University of Cape Town and the University of the West Indies — focuses on the idea of looking at sickle cell disease in a more global context, as a prototype for integrative research and health care.

“A lot of the research is focused on the genetics, the biology and the clinical aspects of the disease, but other contributors such as environmental factors and health care access also influence the disease outcomes,” she says. 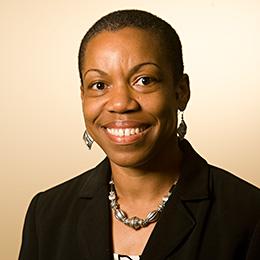 The lead author and her co-authors propose in their “Perspective” piece that the blood disorder is an ideal candidate for exploring the complexity of the influences of a variety of contributors to health and diseases. Sickle cell disease is a paradigm-creating kind of disease, Royal says. Many people call it “a simple disease” because it is caused by a single gene, but its presentation is like a complex disease, like diabetes.

“It’s so variable. It affects just about every organ in the body. When you look at people living with the disease, even within families with four or five people affected, they can have very different presentations of the illness,” she explains.

Royal, who has studied the condition from the time she was in graduate school at Howard University working toward her master’s degree in genetic counseling and a doctorate in human genetics, says this paper is the culmination of a 20-plus year dream — since the time she first met patients coping with the challenges of sickle cell disease.

“I was intrigued by it in graduate school and then it became more than just a disease that I was interested in. I was a genetic counselor and got to be with families, the people and the community affected by the disease, and they became my community,” she says.

Sickle cell disease affects approximately 20 million people worldwide, according to the World Health Organization. It is most prevalent in parts of Africa, the Caribbean, the Mediterranean, the Middle East, India, and South and Central America. Globally, more than 300,000 babies are born annually with it, at least 75% in Africa.

Yet still, it’s been misconstrued as a “black disease” or a disease of racially marginalized groups.

“Sickle cell disease is probably the most racialized disease,” says Royal, whose scholarship and teaching often focus on ethical and scientific implications of genetics, particularly at the intersection of genetics and race.

Image
A 3D-illustration of sickle cells in the blood vessel is pictured. Unlike healthy, round red blood cells that move easily through blood vessels, sickle-shaped cells — curved crescents — get stuck in blood vessels and slow or block blood flow and oxygen that the body needs to function.

A 3D-illustration of sickle cells in the...

In their study, which explored and modeled relationships of sociodemographic, clinical, genetic, and environmental factors to pain in adults from three countries (Cameroon, Jamaica and the U.S.), the authors concluded that sickle cell disease is “a natural laboratory for exploring perplexing questions at the intersection of human history, human variation, human identity, and human health” — a boon for scientists interested in precision medicine.

The global health piece of the work that Royal and colleagues are doing is critical, she says, explaining that sickle cell disease researchers see disease disparities in populations — even within populations — depending on different factors.

“People rarely, if ever, think of a monogenic disease in terms of disparities and I believe sickle cell disease allows us to do that,” she notes. “I want to know why it is that two people with the same genetic disease — who’ve inherited the same genetic variants — can have such different outcomes. How do the genetic, epigenetic (outside of the genome but affecting gene expression) and other biological factors combine with the psychological, the social and the environmental factors to affect outcomes?”

Such findings could advance scientific knowledge, clinical practice, and help form policy related to the disease (for ex: informed consent and the storage, sharing, and use of genomic and other types of data), the authors wrote, explaining that this approach could help improve outcomes for people worldwide with sickle cell disease. Royal plans to write a large grant soon in order to pursue more work on the issue globally.

Sickle cell disease is not without a few treatments and curative therapies, including powerful narcotics and bone marrow transplant, but they’re not accessible to everyone and some promising potential cures, such as gene editing, are still being investigated.

“What my colleagues and I argue for in this paper, is that cures are all good and well, but in the meantime, we have people who are dying and suffering and we need to figure out new ways to approach the disease,” Royal says.

“We need to address sickle cell disease in ways that don’t limit us to drug development, and ask what are these other things that we need to modify in peoples’ environments,” she says, ticking off a list of issues that have been associated with sickle cell disease, including climate, air quality, poverty, access to healthcare, diet, exercise and psychosocial factors.

Ultimately, the authors hope to improve the lives of people with sickle cell disease, but they also believe their approach is an ideal model to help scientists understand disease complexity as a whole.

“Complexities fascinate me,” says Royal, who contributed to the compilation of a 2020 National Academies report looking at sickle cell disease in the U.S. and making recommendations about what the country needs to do now to ramp up efforts to address it.

“We hope to take what we learn about sickle cell disease to the countries level — to the World Health Organization — because this will not take hold unless it comes from the highest level,” Royal says.