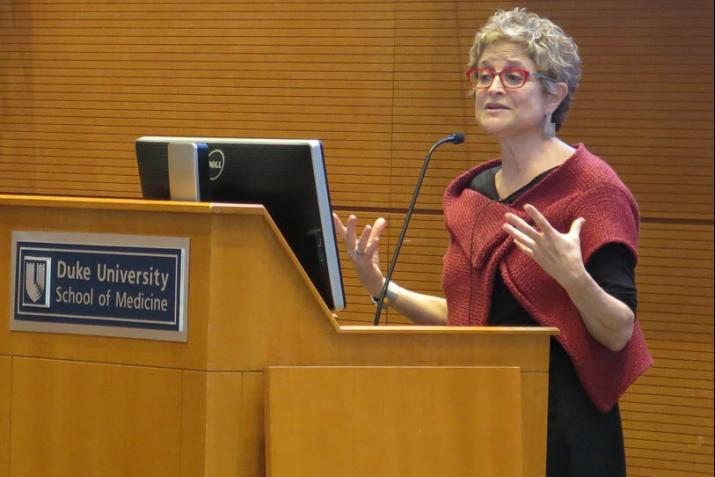 Michele Barry, director of the Center for Innovation in Global Health and senior associate dean for global health at Stanford University.

With more than 50 percent of the global population living in urban areas, cities are a critical place to focus our efforts on improving the climate, says Michele Barry, director of the Center for Innovation in Global Health and senior associate dean for global health at Stanford University.

These points laid the foundation for Barry’s lecture at Duke University on March 5, where she talked about climate’s impact on megacity health.

Barry became interested in the intersection of climate change and megacities when she was asked by Hilary Clinton’s presidential campaign team to help them explore the health impacts of climate change. She noted, “It’s really hard for us to get our arms around climate change and talk to the public. One really good hook is to talk about its impact on health.”

Megacities, Barry explained, are cities with more than 10 million inhabitants. Currently, there are 37 megacities, and together, they comprise 10 percent of the global population.

The benefits of living in megacities include higher literacy and education, slightly higher life expectancy, better social health services, infrastructure, technology, jobs and cultural and social opportunities. With these benefits, though, come the threats of infectious diseases, such as higher prevalence of HIV, non-communicable diseases, including higher rates of breast cancer and dementia; and injury, including traffic accidents and violence.

Barry emphasized the importance of disaggregating data to glean more meaningful global health information, as the poor are more affected by health risk factors than people living in wealthier communities. “Your zip code is a better predictor of your health than your genetic code,” she says.

Giving an example from her native New York City, she noted that people living in Battery Park or TriBecCa—high-end New York neighborhoods—tend to live 10 years longer than those living in Brownsville, a low-income community in Brooklyn. People living in slums, she noted, have multiple intersecting stressors as well as adverse environmental exposures that are less prevalent in higher-income areas.

Barry also broke down differences in vulnerabilities across one’s lifespan in a megacity: how the urban environment uniquely impacts children, adolescents, adults and the elderly, with special consideration for women.

For example, during bouts of extreme heat in megacities, people are more vulnerable to heat stroke and dehydration. In addition, they increase their use of cooling systems, resulting in up to a two percent electricity increase for every one-degree temperature increase. These systems, which rely on hydrofluorocarbons and fossil fuels and release greenhouse gas, also increase people’s risk for respiratory disease. 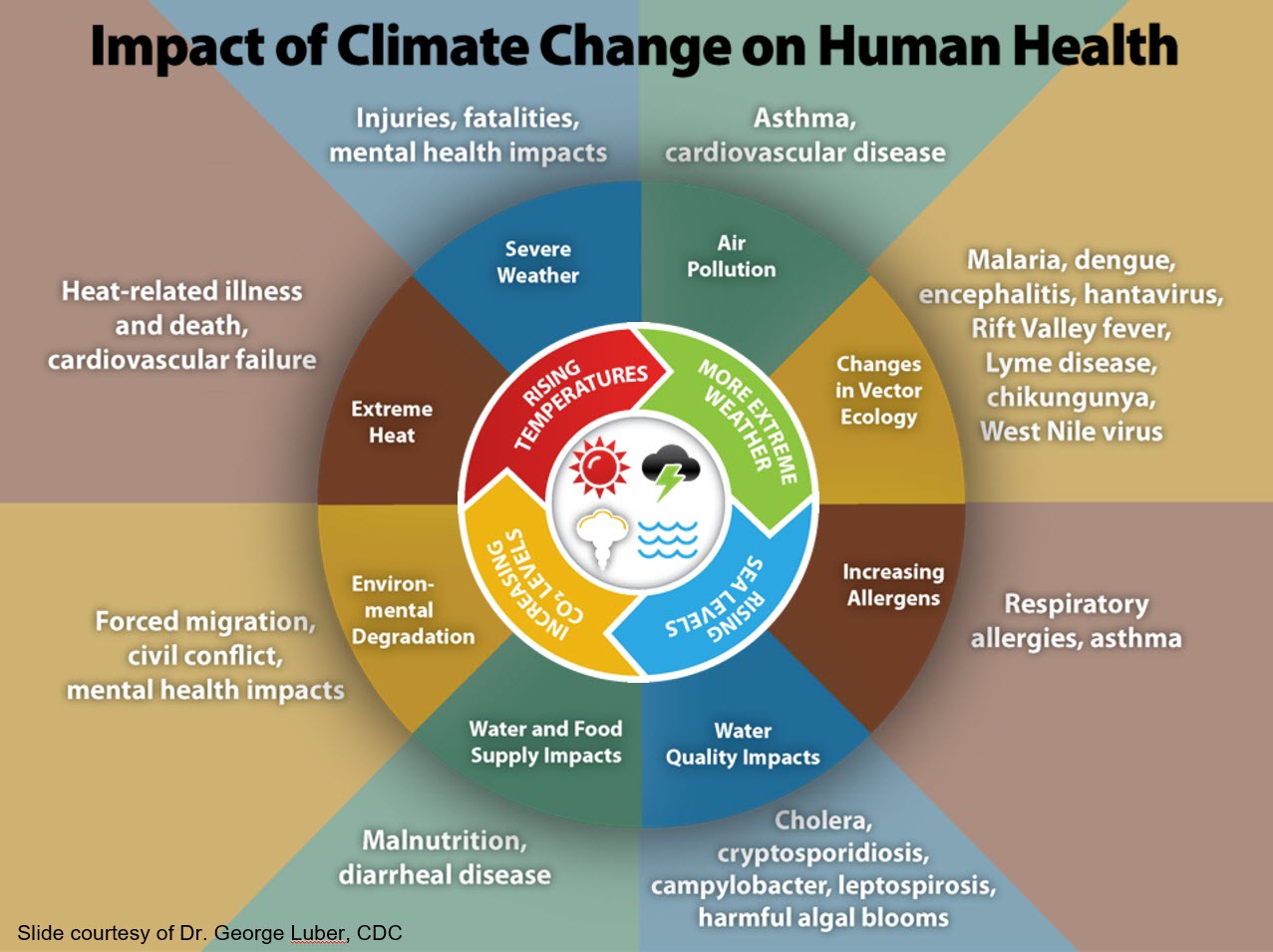 Barry sees climate change’s impact on megacity health as a social justice issue, and urged the audience to advocate for legislative measure that will slow climate change and minimize its global impact.