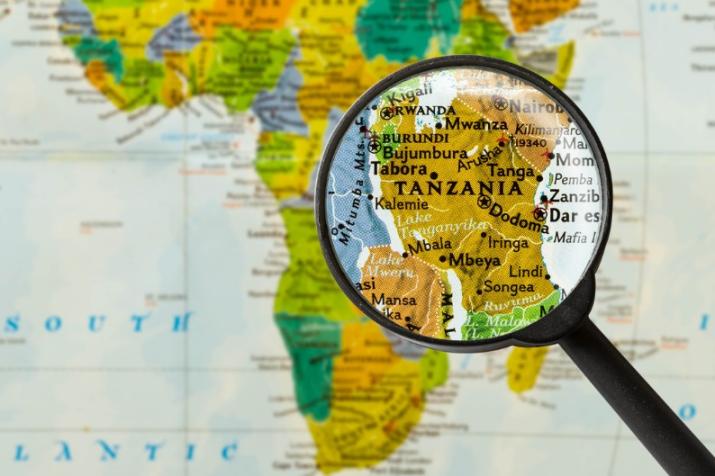 This article was originally published in Magnify, the Duke School of Medicine’s online magazine, and reposted with permission.

The patient, a four-year-old girl, came to the Cambodian clinic with a painful mass in her abdomen. Kristin Schroeder, MD, MPH, then a resident at the University of North Carolina at Chapel Hill, was part of the medical team that diagnosed her: Wilm’s tumor, a type of kidney tumor that is curable in more than 90 percent of the cases in the United States.

But at the time in Phnom Penh, no surgeons were available to operate on children under 5 years of age. And if the tumor could be removed, there were no facilities in the region to provide additional cancer treatment such as chemotherapy and radiation.

“It really struck a chord with me. There's no reason that a child’s survival should depend on where they live, particularly when the condition is something that we have a potential cure for,” said Schroeder. “That started my passion for global oncology research and clinical care.”

Flash forward ten years and Schroeder is now an assistant professor of pediatrics and global health at Duke University. She has also established an innovative pediatric cancer unit at Bugando Medical Centre in Mwanza, Tanzania, where she is making a real dent in survival rates by trying more holistic approaches to patient care. Schroeder and her team make sure that patients and their families are guided and cared for throughout the entire journey of diagnosis and treatment.

It’s a comparison that is still bewildering and troubling to her.

“Pediatric oncology requires a specific skill and knowledge base that I have spent many years learning,” said Schroeder. “And so, I want to do everything that I can to try to make a difference. My hope is that eventually I won't be needed to provide the clinical care because there will be enough trained local doctors in Tanzania.”

Schroeder earned her medical degree from Georgetown University and a master’s in public health degree from West Virginia University. Her decision to come back to Duke—where she earned her undergraduate degree—was a no-brainer, she says. First, her undergraduate experience was top-notch—a mentorship with then-faculty member Denise Adams, MD, now at Boston Children’s Hospital, is what led her to pursue pediatric oncology in the first place.

Secondly, Duke was one of the only institutions that Schroeder interviewed with where faculty members didn’t blink an eye when she told them about her passion for global health. They promised to connect her with the people who could help her get started, and they made good on that promise.

Funding from the Duke Global Health Institute, the Duke Cancer Institute, and the NIH helped Schroeder set up her pediatric oncology group in Tanzania in 2014. She also benefited from the mentorship of Duke’s Mike Haglund, MD, PhD, professor of neurosurgery, and Nelson Chao, Donald D. and Elizabeth G. Cooke Cancer Research Professor, who first turned her on to the idea of working in Africa.

Haglund, a world-renowned expert in treating epilepsy and cervical spine disease, also serves as volunteer coordinator for the Foundation for International Education for Neurological Surgery, assigning teams of medical personnel to work in underserved communities around the world including in Uganda, Ecuador, Rwanda, and Kenya.

Chao, chief of the Division of Cellular Therapy and Bone Marrow Transplant at Duke University, is director of global cancer in the Duke Global Health Institute, working in Brazil and Tanzania.

“Kristin has been a wonderful pioneer for Duke Health,” said Chao. “Her efforts in Tanzania have already resulted in major improvements in survival and a marked decrease in the abandonment of care. These children faced almost certain death but now they have hope that they may be cured of their disease.”

Schroeder typically spends at least six months per year in Tanzania, but even when she is back in the United States her mind is still on the people in Mwanza. She often wakes up at 4 a.m. to review MRIs and patient notes sent from the Bugando medical staff through the popular phone messaging app What’s App.

By reviewing the images and pathology reports, she is able to advise the medical staff in Mwanza about potential diagnoses, everything from Burkitt’s lymphoma to leukemia to a brain tumor.

In 2014, when Schroeder first arrived in the small rocky city of Mwanza, perched next to Lake Victoria, it was clear that a needs assessment needed to happen first. The numbers were daunting: the survival rate for pediatric cancer patients at the clinic was 20 percent, and there was a 50 percent abandonment rate—meaning that patients would start treatment and then not finish it.

The high abandonment rate led Schroder to believe that a major barrier to care was cost.

“Every IV, every fluid, every lab test, every chemotherapy treatment, everything was being paid for out of pocket, and less than 10 percent of the population had national health insurance,” said Schroeder. “Most patients had to pay for every test, every treatment. The cost was astronomical.”

In response, she and Chao launched a non-profit called the International Cancer Care and Research Excellence Foundation(iCCARE)to help families with healthcare costs. They were able to raise enough money to pay for the cost of medications and chemotherapy administration for all children coming to Bugando Medical Centre.

But then something unexpected happened. After a year of providing help with medical costs through iCCARE, the survival rate among Schroeder’s pediatric patients didn’t go up—it remained the same.

“We went back to the drawing board and we were like, ‘what is the real problem then?’” said Schroeder. “It wasn’t just the payment. It was important but it wasn’t the only thing to prevent people from completing treatment. Something else was preventing them.”

She began interviewing patients and clinic staff to try to get to the heart of the issue. Surprisingly, she found that there was a lack of education and one-on-one guidance about new diagnoses. There was also a lag in diagnosis. On average, a patient was admitted at the hospital for over 40 days before they received their initial diagnosis and were referred to the oncologist—precious, expensive time since most families have to travel far to get to the clinic.

With this new data, Schroeder tried something new: a patient navigator program. With iCCARE support, she hired a patient navigator to guide patients through their hospital experience, educating them on what cancer is, what their diagnosis is, and the importance of beginning and completing the treatment. The navigator helped identify potential new patients early in their hospital stay, assisted with ordering the proper diagnostic tests, and serving as a communication link between the families, and medical providers.

“So part of the job was to go and talk to the charge nurses and the residents and ask them if they had any new patients so that we could get them streamlined faster, get them diagnosed faster, and improve their outcomes with earlier diagnosis,” said Schroeder.

By focusing on patient education and a more efficient pipeline within the clinic, the numbers finally started to change. Average time from presentation to oncology visit went from 42 days to 16 days. Survival rate went from 20 to 35 percent. And abandonment rate dropped— from 50 percent to 30 percent.

Schroeder was proud of the change in these numbers. But there was still so much work to do. Over the past few years, as resources have allowed, she has continued to build on the services offered to patients. Her team opened a hostel near the clinic, similar in concept to the United States based Ronald McDonald house, where families can stay while a child is treated. They have formed partnerships with other non-profit groups to cover full chemotherapy and supportive medication cost,  expand the hostel services, and enroll all patients in health insurance plan.

Developing a passion for global health

In July 2019, Duke University medical students Caitlin Penny and Elana Horwitz conducted research with Schroeder through the DukeMed Engagestudent organization. Launched in 2013, the program is the brainchild of then medical students Mark Dakkak, Riika Nomides (Hess) and Chris Fan, who recognized the need for structured support for medical students to lead in short term community health projects. Duke graduate students, faculty, medical providers and alumni can serve as mentors for participating medical students. The organization is supported by the Duke University School of Medicine’s Davison Council, the Chancellor’s Service Fund, and the Duke Global Health Institute.

Working with Schroeder for three weeks, Penny and Horwitz’ role was to extract as much information as possible from the paper charts of children diagnosed with Burkitt’s lymphoma and retinoblastoma, two of the most common pediatric cancer diagnoses at the hospital.

“Going through these charts not only told us the story of physician persistence, family sacrifice, and medical advances, it also showed us the reality of resource scarcity, medical illiteracy, and advanced disease rarely seen in the United States,” said Penny.

Penny and Horwitz also joined teams of doctors, nurses and other medical students on rounds to visit sick patients.

“The healthcare team in Bugando is often caring for oncology patients presenting with much more advanced disease than we would see at Duke,” said Horwitz. “They then have to treat these complex patients with limited resources. Although chemotherapy is free, some families cannot afford to pay for the tests and labs required to obtain an accurate diagnosis. They may stretch their budget to pay for a biopsy only to have pathology results return with ‘chronic inflammatory change’ or ‘cannot rule out carcinoma.’ The medical team then has to make the most informed decision possible about the treatment regimen they’re choosing and push forward.”

Another Duke University medical student, Kunal Goel, also conducted a project in Mwanza over the summer. He worked on adapting and programming a mobile health application to guide treatment for Burkitt's lymphoma.

Schroeder hopes that experiences abroad—and especially in pediatric oncology—will inspire these budding doctors in the same way that it inspired her so many years ago in Cambodia. Doctors specially trained in pediatric oncology are so important for overall treatment success, said Schroeder.

“Children in general are not little adults in every sense of the word, and definitely not in oncology,” she said. “The type of disease you see is different, and so different treatment is needed. In children we tend to use a stronger chemotherapy treatment because they are healthier and the chance of cure is so high.”

“As I begin to develop my career as future physician, I will never forget the impact that Dr. Schroeder has made on the lives of so many children receiving cancer treatment at Bugando,” said Penny. “I'll continue my medical training with a lens of identifying barriers to care and working to overcome them the same way that she has for her patients. Both domestically and internationally there are so many systemic inequalities that patients face, and ways that we as healthcare providers can be advocates for our patients and further investigate the reasons they may not be receiving the high-quality care that everyone deserves.”

Lindsay Key is the science writer for the Duke University School of Medicine, and editor of the online storytelling magazine Magnify.