Will Low-Income Countries Be Left Behind When COVID-19 Vaccines Arrive?

A new Duke study shows rich countries are snapping up vaccines even before they're ready, and it could mean fewer — as well as delays in vaccination — for billions in less wealthy nations 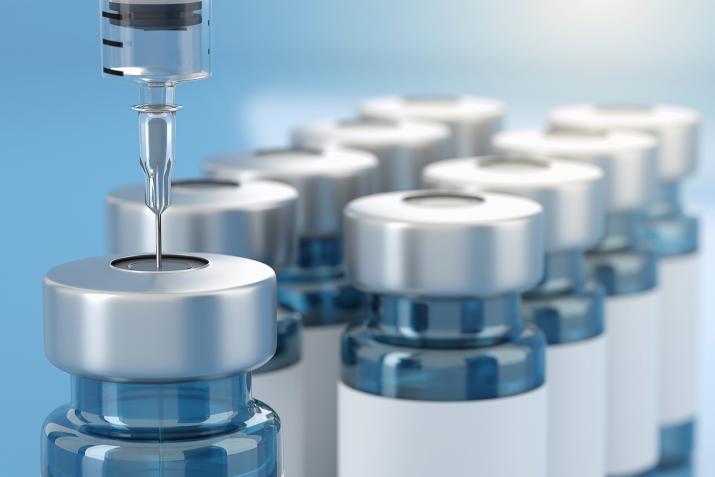 A new global assessment of purchasing agreements for COVID-19 vaccines reveals that high-income countries, as well as a few middle-income countries flush with manufacturing capacity, have already purchased nearly 3.8 billion doses, with options for another five billion.

The analysis, released by the Duke Global Health Innovation Center, shows that many of these countries will be able to vaccinate their entire populations — and some will be able to do so many times over — before billions of people are vaccinated in low-income countries.

“An ambitious effort to create a global system of vaccine equity is being undermined as a handful of countries — including those who made a commitment to equality — secure as many doses as they possibly can,” said Elina Urli Hodges, MSPH, who leads the Center’s Launch and Scale Speedometer, an initiative that identifies impediments to delivering health innovations to low-income countries.

While other assessments have warned of potential inequalities in vaccine access, this new analysis is the first to carefully quantify the amount of vaccine doses that are being claimed by country-level agreements and how this could delay access to COVID-19 protection across large regions — including sub-Saharan Africa — until almost the middle of the decade.

The Launch and Scale analysis revealed that while it will likely take three to four years to manufacture enough vaccines to cover the world’s population, nearly four billion doses of COVID-19 vaccine candidates are already part of bilateral advance purchasing deals involving mainly high-income countries, vaccine developers and global vaccine manufacturers. Another five billion doses are the subject of negotiations among these same parties that have yet to be finalized.

Meanwhile, the study found that only enough doses to cover 250 million people have been confirmed as purchased thus far by COVAX, a global effort involving both wealthy and poor countries that has promised equal access to COVID-19 vaccines globally, regardless of income levels.

In fact, the data reveal that several COVAX signatories, including the United Kingdom (UK), the European Union (EU) and Canada, are effectively undermining the pact by negotiating “side deals” for large vaccine shipments that will “result in a smaller piece of the pie available for equitable global allocation.” Yet the analysis shows that not a single low-income country has made a direct agreement to purchase vaccines, suggesting that low-income countries will be limited to the COVAX pact to secure vaccines.

For example, the researchers found that Ethiopia, Africa’s second largest country, is counting on COVAX for enough vaccines to cover 20% of its population and has no avenues to secure additional doses. But overall, the research points to a dismal conclusion: that most people in low-income countries will be waiting until 2024 for COVID-19 vaccinations if high-income countries keep engaging in what some are calling “vaccinationalism.”

For example, there are estimates that to meet its goals of vaccinating at least 20% of member countries, COVAX would need at least 1.14 billion doses of a single-dose vaccine and twice that amount for a two-dose regimen. Currently, most COVID-19 vaccine candidates require two doses.

“There are negotiations underway in which vaccine-rich countries would allocate doses purchased through advance market commitments to the COVAX effort after they have vaccinated a certain portion of their populations,” said Andrea Taylor, MSW, who led the analysis for the Launch and Scale initiative.

“But there’s no requirement, and arguably little incentive to do so,” she added.

Taylor and her colleagues conducted their assessment by reviewing available evidence from public sources through October 8, 2020, combined with interviews with global and regional vaccine experts, as well as ministry of health officials in select countries. The analysis looked at advance market commitments (AMCs) for COVID-19 vaccines in order to better understand their overall volume and ultimate destination.

The insights that emerged show that COVAX members Canada and the UK have already pre-purchased more than enough vaccines to cover their entire populations. The EU has secured the rights to 400 million doses for member countries, with future agreements under discussion, potentially raising that number to almost two billion. The United States (US), which is not part of COVAX, already has agreements to purchase enough doses to cover 230% of its population and could eventually control 1.8 billion doses — about a quarter of the world’s near-term supply. None of the vaccine candidates yet have regulatory approval, however, so countries are hedging bets by purchasing multiple candidates and some portion of these doses may never materialize. The UK, for example, has made AMCs with five different vaccine candidates, using four different vaccine technologies.

Among middle-income countries, the Launch and Scale data show that Brazil and India — each of which have large vaccine manufacturing infrastructure — already have secured the rights to enough vaccines to cover about half of their populations and are negotiating additional deals. It also shows that some countries, such as Peru, are using their status as the site of COVID-19 vaccine trials to secure AMCs for vaccines — though Peru is also participating in COVAX to help cover its needs.

According to the analysis, the root problem is that finite global manufacturing capacity is colliding with wealth disparities and self-interest in which low-income countries can’t compete.

“High-income countries are making deals with major vaccine developers who are in turn reserving the lion’s share of the world’s manufacturing capacity to meet those commitments,” Taylor said.

She added, “We’re rapidly reaching the point where soon, even countries that have the finances to shop for vaccines will find there is no manufacturing capacity available to fill their needs. Even with new investments to build or retrofit additional facilities, there is a limit to how much global vaccine manufacturing capacity can expand in the next few years.”

For example, the study reveals that a pair of vaccine candidates — one from the Oxford University/Astra-Zeneca (AZ) vaccine partnership and another from the American vaccine developer Novavax — are the subject of agreements with global manufacturers to produce 3.73 billion doses. And about 3 billion of those doses would come from the Serum Institute of India. Meanwhile, both vaccine candidates are the subject of large pre-purchasing commitments from high- or middle-income countries. The Oxford/AZ vaccine candidate leads the pack for AMCs at more than two billion doses, though that includes between 300 and 500 million doses for COVAX. In response to this climate, COVAX has moved quickly to reserve manufacturing capacity in Spain and Korea for more than a billion doses of one or more vaccines that have yet to be selected.

For example, one of the leading vaccine candidates in late-stage trials — a formulation from Pfizer — requires storage at temperatures ranging from -60 to -80 degrees Celsius, or about -76 to -112 degrees Fahrenheit. Meanwhile, a vaccine candidate from Johnson & Johnson, while it has to be shipped frozen, can be stored at typical refrigeration temperatures for several months and only requires one dose, two factors that will ease distribution challenges in low-income countries. But the new analysis reveals that the US, UK, EU and Canada have already negotiated large pre-purchasing agreements for the Johnson & Johnson vaccine candidate, potentially shutting out low-income countries.

Taylor noted that other challenges that disproportionately impact low-income countries include the need to have supplies like syringes shipped and available in time for the arrival of vaccines. Also, she said that while there have been major advances in developing a better infrastructure in low-income countries for childhood vaccinations, COVID-19 will require vaccination campaigns targeting adults and especially older adults.

“There are significant challenges and they can be overcome,” said Taylor.

But, she added, “Without knowing if they will have access to vaccines or the number of doses or type of cold storage needed for vaccines they may get, it is difficult for countries to move aggressively to prepare.”