Zika: What Can We Learn from our Public Health History? 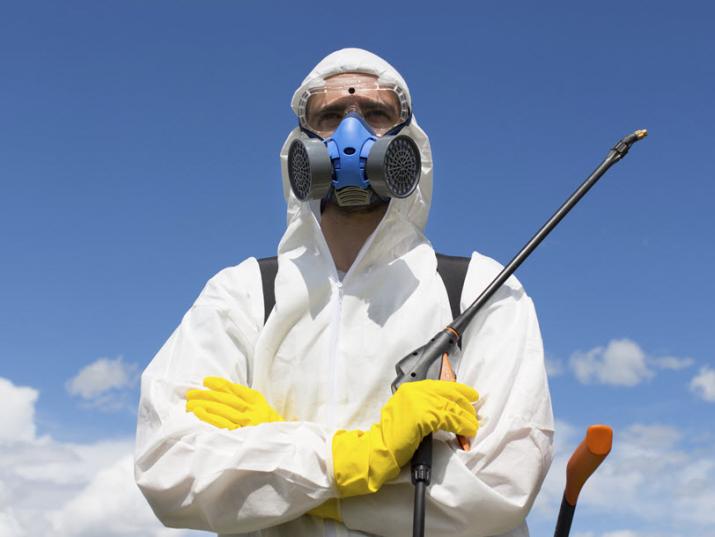 Insecticide spraying to combat Zika in the U.S. has been proposed, but Margaret Humphreys notes that in addition to the environmental hazards of spraying, workers spraying insecticide in full-body suits and masks can scare people who don’t understand what is going on, for example when cultural or language difficulties are in play.

By Margaret Humphreys, professor of the history of medicine and DGHI affiliate faculty member

In September, the National History Center of the American Historical Association held a Congressional briefing titled “Zika Virus: Historic Parallels, and Policy Responses.” At the briefing, Humphreys discussed the history of Zika’s mosquito vectors and the complexity of planning public health programs to counter disease-bearing mosquitoes. Humphreys has studied the history of mosquito-borne diseases in the United States and teaches a course at Duke on the history of public health in America. This is an excerpt from her talk.

What does it take to get a politician to vote to allocate money to control a given disease?

One category features infections that can be characterized as panic diseases. Two years ago, Ebola dominated the headlines, and SARS was scary in 2003. These diseases induce panic because the threat is broad—if anyone can get it, then everyone is afraid. And they are highly virulent, killing many people who fall ill. Gruesome symptoms, such as bleeding from eyes, vomiting blood, high fever and pain, grab the political imagination, and raise an outcry from the populace.

In the case of yellow fever in the 1800s, people took the law into their own hands, turning back trains by tearing up railroad tracks or meeting arriving passengers with shotguns. The expense of this massive disruption of trade—many railroad companies just ceased operations during the peak panic—angered Wall Street, which in turn had a quiet word with Congress, which then legislated the first federal board of health in 1879, and later created the United States Public Health service to fight yellow fever as well as fend off immigrants who might be carrying cholera, typhus or tuberculosis.

Zika lacks this panic component. Most people who get it are not very sick. They may have no symptoms at all, or merely a mild fever, faint rash, pinkeye, joint pains and headache. An unlucky few may develop a transient paralysis called Guillain-Barré syndrome, from which most recover. What makes Zika horrible are the birth defects that target brain development, leading to the deformed head that has become unfortunately familiar.

So far, most of the cases of microcephaly and other Zika-related birth defects have been in faraway countries, although at least two dozen such babies have been born in the U.S. in the past year. Hundreds of currently pregnant women in the U.S. have tested positive for the virus.

A Brief History of Zika

Zika virus is a mosquito-borne flavivirus in the same genus as West Nile, yellow fever and dengue. Researchers first identified in monkeys in a Ugandan forest in 1947, and five years later, human cases appeared in Uganda and Tanzania. Since then, Zika outbreaks have appeared in Africa, the Americas, Asia and the Pacific.

Health officials have been warning about the impact of Zika since early this year, and President Obama requested new money to fight it in February. This was not forthcoming, and the money that has been available has been shifted from other pots, such as the one for fighting Ebola. That money ran out at the end of September.

To Spray or Not to Spray

Still, state and local governments have begun the fight against Zika. Their principal tool, mosquito control, is both powerful and problematic. Aedes aegypti—the type of mosquito that spreads Zika—breeds in “clean water” so that it favors flower pots, bird baths and any sort of depression that holds water.

So broadcast spraying or full house spraying—rather than finely tuned insecticide targets—may be attempted, which can scare people who don’t understand what is going on. When early 20th century New Orleans public health officers spread oil on household water barrels, local residents attacked them for poisoning their water. It’s not surprising that these alien-appearing workers scare modern people too.

Global spraying of insecticides from aircraft may be more efficient, but also more toxic to the environment. In the 1950s, DDT was sprayed to kill mosquitoes and crop pests, and Rachel Carson told us of the “silent spring” that followed, as bird eggs became too fragile to allow chicks to hatch. Last month, millions of bees died in South Carolina from planes spraying an insecticide against the Aedes aegypti mosquito.

Further, the mosquitoes can develop resistance against insecticides, as happened with malaria mosquito spraying in the 1950s and 1960s, as well as with the Aedes spraying in Puerto Rico during the under-funded campaign against dengue over the past decade.

A second mode of current attack against Zika utilizes the education of individuals, such as those public health officials are carrying on in New York City (NYC), Miami and elsewhere now. Central to the process is making people afraid of mosquito bites, which has been a hard sell historically. The U.S. Army created cartoons to convince World War II GIs to use mosquito repellent and bed nets, all in an attempt to ward off malaria.

Macho dismissal of the tiny nuisances, coupled with the discomfort of bed nets and the smelliness of insect repellents countered their efforts. In Miami, the appeal of open-air cafes and the cool night life, coupled with the knowledge that non-pregnant folks have little to fear, can create an apathetic audience for such messages.

Targeting the pregnant in particular has obvious difficulties, especially in multi-cultural locales like Miami or NYC, where outreach into such a personal time requires multi-language skills and socio-cultural training. In NYC, they’re urging women not to visit the Caribbean and Latin American countries that may well be their homes, and if they do, to use mosquito protection.

Compliance depends on the hearer trusting the teacher over, say, the information available from relatives, and sharing an understanding of modern biomedicine that may not be consistent with their own worldview. This is the most labor intensive form of public health campaigns, and it has been only partially successful in the past.

A further wrinkle in the Zika situation is that it can be a sexually transmitted disease. The CDC recommends that the sexual partner of a pregnant woman who has been infected with Zika use barrier methods like condoms to protect from transmission. But Zika can survive in sperm for at least six months, and the man may not even know he’s been infected. How people who live in Miami are supposed to reproduce is unclear.

The government has been trying to control sexually transmitted diseases since the Civil War, with heightened efforts in World War I and World War II, with varying success. Telling people not to have sex doesn’t work very well. Telling people to use barrier methods also has well-known problems—some see the promotion of condoms as the promotion of promiscuity and think abstinence is the only appropriate government message.

We’ve fought an epidemic virus that causes birth defects in the United States before. Once rubella, also called German measles, was common in the U.S., and if caught by a pregnant woman could cause deafness, blindness, heart disease, decreased intelligence and other defects in her infant. The association of this minor form of measles with birth defects was recognized in the 1940s, and by the 1970s, vaccination against it became common.

As with rubella, a vaccine is the definitive solution for the Zika crisis, if we can get there. One estimate is that a commercial vaccine is at least two years away, if funding is restored immediately. Remember that it took six months to ready the H1N1 vaccine in 2009, and that was against a common organism—influenza—amidst a climate of high panic among parents.

In the early 1960s, a sedative drug called thalidomide was introduced in Europe and Canada, resulting in many deformed babies with flippers for hands and feet. But not in the U.S. An American FDA heroine, Frances Kelsey, paid attention to a few reports of birth defects that the sponsoring drug company tried to sweep under the proverbial rug, and refused to license thalidomide in the U.S. The thalidomide disaster has generated books and policy papers in thick piles.

Will Zika become the thalidomide crisis in this generation? Or will this congress, like Kelsey, step up to protect the unborn children of America from this destroyer of lives? I hope for the latter.